In this article, we would like the experience of using an open sight on the rifle. Despite the increasing popularity of optics, open sights compared to optical has a number of advantages. Of course, the optics, we can hit targets at long distances — more than 100, but in optics there are a number of deficiencies that most often manifest themselves when hunting. 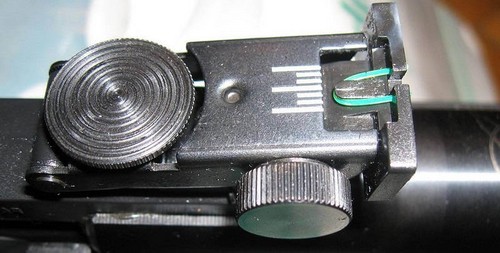 The main drawback of optics is limited its service life on guns and rifles Magnum-class, which its bilateral impact can in a matter of weeks and sometimes even days, to shake the soul of sight, have the potential to live a long time on a less powerful firearm gun.

Open sight is completely devoid of this drawback, provided that its owner has no problems with hands. When shooting using the open sight field of view arrow remains wide, as it is not restricted to the edges of the telescope. This is particularly important for zasilacze hunting, when the attention of the already narrowed the window embrasures.

Also on the hunt clearly manifests itself, and the lack of parallax optic open sight that allows the arrow instantly without detuning vytselit and shoot the target on five measures, and at several hundred meters. In addition, the mechanical sighting devices has a General simplicity, and it’s easier, and break less often.