Although the device of the reserves and provides in General a fairly quick increase in the number of animals and birds in the hunting grounds, but this is true only for those places where there are still more or less sufficient supplies. In many, however, places the birds and animals have been preserved are so few that even with the proper organization of a series of periodically alternating sanctuaries would have too long to wait for animals and birds will multiply in such numbers that hunting became profitable. 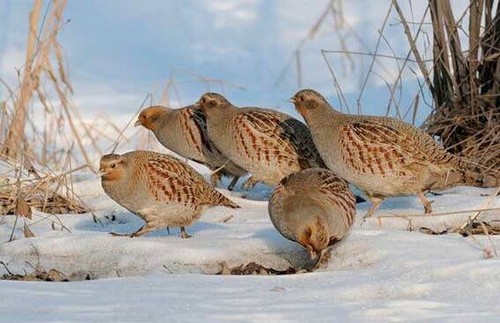 In this case, to achieve this goal, you will have to resort to artificial breeding game in these lands. For the first time can be limited to very simple shapes, namely, to resort to podsadku bird and beast.

The easiest possible to achieve the desired results when replanting grey partridges and hares, but there are known cases, when freely could artificially propagated black grouse, capercaillie, willow grouse, etc.

For the replanting of the game, her catch alive and those places where a lot of it, and transported to where it is supposed to breed.

The best time to release a game early spring when the breeding period. Release game need in places corresponding nature of the game, which is produced. It is clear, for example, that capercaillie are impossible to produce in the pure fields of grey partridges in the dense forests, etc., because they do not live there and released in such unsuitable for them or move to appropriate land for them, or if none will be close to will die.

Delivered birds or birds transferred in closed baskets, provided with side opening door, in the intended places and release or before sunset or after sunrise. Then it can be expected that released animals and birds do not scatter or not scatter far from the site of release.

Release of birds and animals should be of reserve or other obscure people of the land, so no one bothered.

Partridges are put in the basket in pairs: male and female. Pair released from one another at a distance of several hundred feet. Issue make as follows: the basket delivered to the place of issue for a few hours before sunset, the door basket is attached to a long rope, which is shortly before sunset and open the door carefully. The man opening the door, needs to be quiet and to be well hidden in bushes or behind some other cover. Partridges out of the basket and, seeing nothing frightening, anywhere near the release site hiding in the future, if the area is suitable for them, proceed to the device socket.

It is possible to produce quail in the following way: the man that brought quail to the place of issue, takes care of basket of male and female hands grasping the body, kneels and holds partridges at chest level. Then gently releases me. Partridge immediately and fly away, flying away in the 100-200 steps, sit down and, seeing nothing frightening, they start to overlap each other and finding each other, looking for a nearby place to stay overnight.

Capercaillie and black grouse should produce about the existing, albeit very small current. With the release of these birds to produce enough for 10 females, 1 male. Method of issue approximately the same as partridges. If in reserve, or even in the area where you intend to release of black grouse and capercaillie, active current, the issue of choosing the place of the old tokovischa located somewhere in the center of the site, to released birds did not departed from its limits.

If the current in this area is near the border, we should let the birds not near the effective current, and in the center of the site, near the old tokovischa. 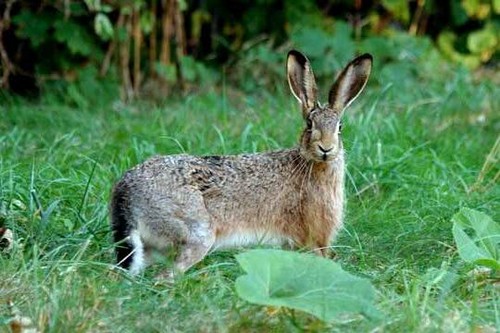 In the same way they do, and rabbits, but only hares must be released in the morning after sunrise. Timid by nature, the hare have to run out from the place of issue near and will hide after a few discounts.

Obligatsiya safe the night will not go far from the place of issue.

With the release of the rabbits, be sure the opening of doors to produce tow rope, so that hare not seen a person. Release should be within 1 hour after the basket is installed in place.

Even better results in the artificial breeding of poultry reached with the cultivation and subsequent release of young birds is really a prospective place of issue. Adult birds brought from another location and never will be able to quickly adapt and breed in their new location, get used and begin to multiply hatched from the eggs already in the locality and grown in the same natural environment in which they will live after release, juveniles.