The egg is a tasty and healthy product of the poultry industry, beloved by many. They are edible in both raw and thermally treated form, are used as ingredients in cosmetics and alternative medicine. 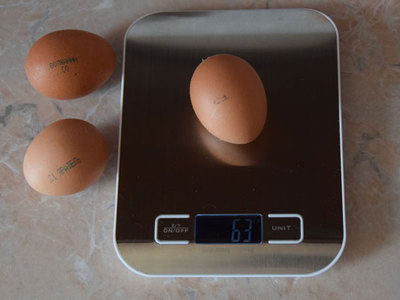 In many recipes you want to put in a dish a certain number of grams of eggs or melange, so knowing how much weight a chicken egg is useful for both professional chefs and ordinary Housewives.

Weight of one chicken egg in Russia correspond to the category

Sold the testicles often in packs from ten to thirty pieces. Egg boxes can be plastic and made of cardboard. Ten pieces in a cardboard container weighs more than a dozen of the same category in the plastic packaging.

On every egg sold in the store must be a certain marking. On marking it is possible to know the freshness and size. Marking consists of two characters where the first character is the size of the egg, and the second is its freshness. Freshness is of two types and is denoted by either the letter D — diet egg, demolished not more than seven days ago. Or letter — table egg, demolished more than seven days ago.

The size of the eggs complies with the following marking:

How much do you weigh components

The egg of any bird, including chicken consists of shell, albumen and yolk. Of course, the weight of these components depends on the category of egg. So, one yolk, without protein and the shell weighs an average of twelve grams in the instance marked “3” to twenty-five grams in eggs of the highest category.

The yolk in eggs a and selected category weighs twenty-two, nineteen and sixteen grams, respectively. Some of them can be two yolks, but then each of the two yolks will be less than in the shell with one yolk.

Protein weighs one and a half times more than the yolk. One egg white, no yolk, and the shell weighs from twenty-three grams for the third category and to forty-six grams in case, if the shell is marked with V.

Protein from the eggs of the second category usually draws on twenty-nine grams, and selected the first category, the egg protein will weigh thirty-four and forty grams

Boiled egg weighs about as much as raw of course, if it is not cleaned up. If a boiled egg to remove the shell, its weight decreases by the weight of the shell.

The shell usually weighs up to ten percent of the weight of the egg.

Accordingly, without the shell they will weigh the categories in average.

Over time the weight of the fresh egg gradually becomes smaller. This is because water molecules from chicken protein to penetrate through the shell, and gradually evaporate. Due to the loss of moisture weight protein and egg yolk can be reduced by a few percent, however, if it is then boiled, the weight due to water absorption, can recover.

The weight of eggs different breeds of chickens

Depending on the breed, chickens lay eggs of different size and weight. The largest bear chicken breed high line. The shell of these eggs is brown, the weight of them starts from sixty-five grams! Also they have a fairly large breeds, Lohmann brown and Sobraon smallest eggs from the hens of this breed will weigh no less than sixty grams. These breeds of chickens bred in Europe.

Our domestic breeds are less than large eggs. So the Russian white and Oryol breed can carry an instance of weighing, on average, sixty grams. Pavlovskaya breed produces a product and that smaller — about fifty grams.

The weight of the eggs after heat treatment 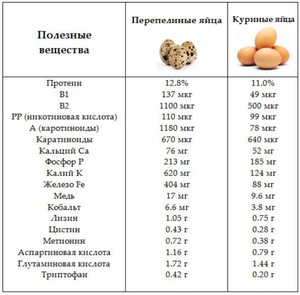 It is well known that the eggs can cook a huge variety of dishes. And this is not counting those dishes in which eggs are included as a ingredient. The testicles themselves are balanced and self-sufficient food. They are boiled, fried, baked, in shell or without it. In addition, egg whites and yolks can be eaten raw in its natural form or prepare from them various, often dessert dishes. Such as eggnog or cream protein.

In the cooking process the weight of the egg content is changing, sometimes irrelevant and sometimes very noticeable. Egg, boiled in shell, almost identical in weight crude. Boiled and poached egg will be a little heavier than the same, but raw. Fried eggs, a little lighter in weight pretty much up to twelve percent and more due to the evaporation of water mainly from protein.

Thus, the eggs of the highest category, weighed before frying and eighty grams, being shelled and fried in the end, will weigh only sixty-two grams. And if you bake it in the oven in the form of an omelette, the loss can be even greater due to the evaporation of moisture from the yolk.

The heaviest chicken egg in the history

The huge egg at the moment was demolished in 2011 on the territory of Georgia in the Consultant area. Its weight was 170 grams, Long it was greater than 8 inches, and a maximum width of more than 6 cm When the owner saw how much weight an egg, carried his hen, he immediately put it in the fridge and was sent a statement for the record in the Guinness book of records.

Previously, the record belonged to great Britain, the city of Eastwood. The weight of the record was one hundred and sixty-three grams, and long it was eleven inches. Of course, such records were given to the hens is very hard, the owners report that chicken then for a time was sick. Usually chicken eggs have a much smaller size.