Requires basic knowledge of vitamins to make a decision when to introduce food supplements rich in minerals and vitamins in the diet of broiler chickens. Usually the decision is not without consideration of various factors: environment, type of housing, the number of birds in the flock, the climate and other vital factors. 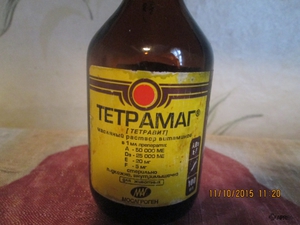 The purpose of the content pack will also affect the use of food additives. Poultry for broiler meat, incurring a high-quality eggs, poultry or breeding species. Each pack has a different, unique nutritional needs.

Factors affecting the state of the flocks and individuals separately:

And you should also consider the conditions that can affect the quality of the feed. For example, in years of high moisture during harvest can be a high level of mold in corn and other grains. The importance of the utility of food additives has a shelf life of vitamins. Vitamins for broilers sensitive to changes in pH, light and heat. Items can lose their effectiveness when exposed to minerals and additives that are sometimes used in food.

Vitamins are divided into two categories:

Water soluble do not affect the fat in the bird’s diet and include: 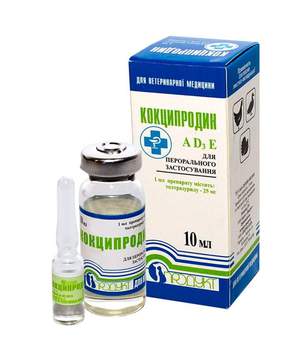 Water-soluble supplements are rapidly metabolized and excess is eliminated from the body through stool or urine. In the diet water-soluble vitamins need to be present on a regular basis to avoid deficiency.

A list of abnormalities caused by lack of water-soluble additives (avitaminosis):

The most dangerous is the deficiency of vitamin C. Lack of vitamin C is manifested in slower growth and weakness in chickens. It cannot be synthesized by birds, so the lack can be compensated only as a dietary Supplement.

Riboflavin (B2) is the basis of enzyme systems, therefore, plays an important role in metabolism. Deficiency leads to lesions of the nasopharynx, digestive system.

Pyridoxine (B6) needed for the proper metabolism of amino acids. Lack of pyridoxine causes convulsions spasmodic. The bird should be fed grain cereals, yeast and alfalfa.

Thiamine (B1) is necessary for proper carbohydrate metabolism. Thiamine deficiency causes anorexia, loss of feathers and muscle paralysis. Birds refuse from the water, sit on bent legs and tilt head.

The second group of vitamins for chickens — it is fat-soluble. In nutritional supplements in this group include: A, D, E and K.

This group is more complex. Advantage is the ability of a bird to store reserves of fat-soluble vitamins group in the internal organs such as the liver, pancreas, brain. As excess water-soluble, are excreted through feces, urine and bile.

A list of abnormalities caused by lack of fat-soluble supplements (vitamin deficiency): 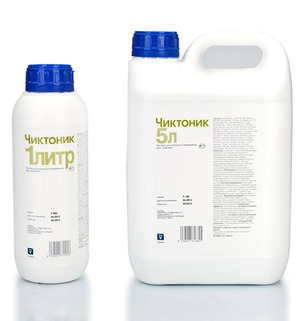 Studies have shown that birds with vitamin deficiency have impaired immunity, and the body suppress the production of antibodies in the blood, it reduced the ability of birds to fight infections. Consider the pathological condition of broilers, due to the lack of vitamin E.

Well visible signs of the deficiency does not exist. So farmers are often not aware about the disease. Notice the problem with vaccination and drug therapy, birds behave aggressively. But the main way is a blood test for a number of antibodies.

It is considered that vitamin E stabilizes and regulates the cell membrane, helps to maintain optimal functioning of all types of blood cells. Plays an important role in protecting leukocytes and macrophages during phagocytosis — the process in which cells surround the pathogen and destroy it.

Further studies showed that the enriched diet with added E increased the production of antibodies in the blood. The birds receiving the additive with the vaccine, produced antibodies earlier than birds that did not receive supplements. Chicks were fed daily with the addition of 225 IU (international units) up to 450 IU of vitamin E daily. They were less susceptible to infections and bacterial attacks. The mortality rate was lower than in individuals with a normal diet.

The presence of additives E plays an important role in the breakdown of vitamin C in the metabolism of sulfur — containing amino acids, the building blocks of life. Helps to absorb B12 is an important component of hemoglobin.

Studies have shown that a range of security E is wide enough. In the range of 450 to 900 IU per kilogram of feed has been shown that the feed is well tolerated by chickens. Additive E is stored in all body tissues, with the highest concentration in the liver. Supplement E toxicity was observed, but not often. Symptoms include depression in broilers, and reduced growth rates and increased time to clotting.

The additive is introduced into the diet gradually increasing the concentration. High quality blended oil from wheat germ is a natural accumulation of vitamin E. There are types of oil, enriched with other vitamins and minerals. In order to save the use of enriched oil mixed with soybean oil. Butter start adding 200 IU per kilogram of feed, gradually increasing to 600 IU.

How to use it? When using a water-soluble vitamin, remember that all calculations are already described on the packaging, the recipe is painted for one kilogram of feed.

Vitamin D and A 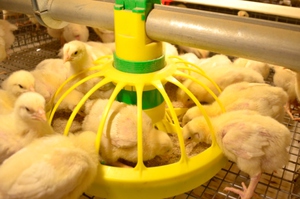 An important role for the optimal functioning of the chicken skeleton, bones, claws and beak plays a vitamin D. It also has a positive effect on shell quality of eggs laid.

The bird should largely get vitamin D for normal growth and development. The absorption of calcium and phosphorus by the body of birds due to the sufficient amount of D in the diet. It is safe to say that bird growth depends on these three substances.

The consequences of D deficiency are rickets, poor growth and reduced egg production. The farmer must monitor the bird’s condition, especially after illness.

Retinol or vitamin a

Another nutrient. Retinol in large quantities is contained in fish oils, green grass, Lucerne. The deficiency of retinol leads to poor feathering, lesions of the nasal area and also causes conjunctivitis, and ultimately blindness.

Dry food stored for long periods of time may not contain adequate amounts of vitamin A, as retinol a relatively short shelf life.