This time I would like to talk to You about this interesting rodent like the hare. The hunting of the hare is very fascinating and interesting — not a duck to wait, standing in the reeds. Tracking the hare is such a pretty mobile, running hunting. Immediately I hasten to reassure especially sensitive people — it’s not killing a defenseless animal with no chance of survival for him. At the fair hunt any animal has a 50/50 chance. Under the understanding of fair hunting I mean their tracks on foot, and not the pursuit oblique by car, snowmobile, etc. — is already poaching. 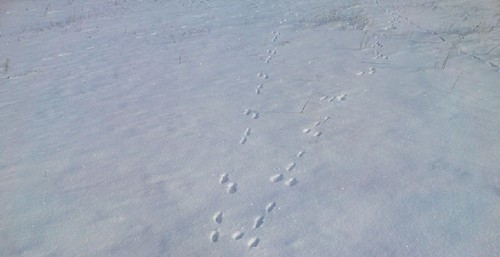 Traces of a hare

So, hare is probably the most common hare, which inhabits the European part of Russia. I will not take your time describing the appearance of a hare, since You do it well I imagine. Hunting the hare is one of my favorite types of hunting. There are many types of hunting hare is: the paddock, and hounds, with greyhounds, with the blind and hunting birds. But the most interesting for me is tracking the hare.

Hare — this is a Prairie dweller, he likes to stay in the fields, clearings, undergrowth, bushes, weeds. They are active at dusk and night. The day arranged for the prone winter in the snow they make an excavation or dig a small hole (sometimes jump out of the hole, breaking the snow ceiling a above). And here’s when the hare is prone, he tries to confuse the trail. On the trail it is possible to determine that the hare went to the prone. This track is more straightforward, he often stops, stands on his hind legs, looking around. Then he makes the first discount, it is a signal that the maturation somewhere.

What is the discount is when the hare going in one direction, stops, and returning on his own trail, makes a powerful jump to the side, this is discount, and such discounts hare makes 4 to 6 times.

My advice: when tropica hare, never zataplivaja his trail, because there are times when the hare (especially old) so doubled back, that even experienced hunters not just tell that as a Yes. Better to trail, of course, freshly fallen snow, when the old tracks covered and not confuse You. There is a rabbit on the nest before dawn, but if the night is a Blizzard or snowstorm, it may not leave the nest (and probably will not leave), and calmly wait in their shelter.

As for hunting the Fox with approach, approach the hare should try without the noise. There is one such moment: if the hare, for example, the discount jumps to the right, then he will jump to the right – this will give You an idea from what side to wait for the appearance of a hare. Hare, unlike its forest brother hare does not like deep snow, it sinks. So, when the snow becomes deep, the hare kept near the settlements (villages, towns), closer to the silage pits, farms, where it is easier to produce feed. 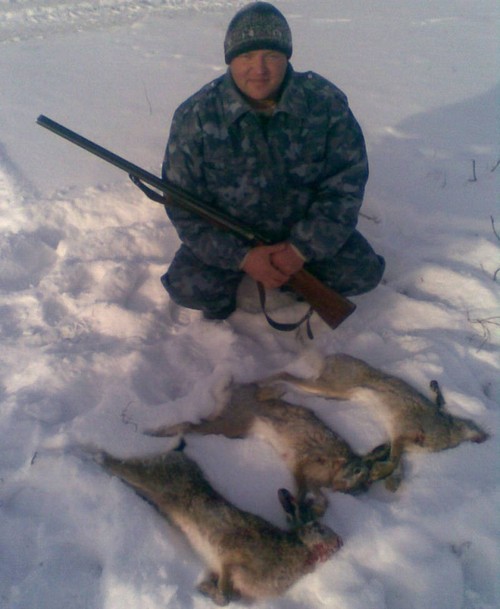 After the first snow, when there are no crunchy crust and practically no noise to approach the prone. Will help you a thermal imaging camera for hunting, he will find the warmth through the bushes or fog. I shoot hare with a shot №1 without the container. Then, when ski wear and without any noise to walk it does not turn, shoot shot number 0 to container. Recommend that You after the shot, if hare went to go and see first how you lay the roll on the trail, is there a haircut. Secondly, to go on the trail at least 200 meters to see if there’s blood (in most cases a wounded animal does not immediately lead to a trail of blood). And, of course, always try to get the wounded animal (even another day).

And again, the question of clothes: especially pay attention to the shoes, as do a lot, so this should not be taken lightly. Clothing should be comfortable and does not restrict your movement. When hunting paddock, observe safety precautions, it is not necessary to shoot through the bushes at the hare in the direction of the beater.

Not always from the hunt with hunter returns with game, but in any case it is a winner. First, if got the hare, then the award will be the hare, baked in the oven, but if not extracted, it is still morally You can relax from the bustle, the life as would get recharge.