Among butterflies often seem to be quite small, but very beautiful. For example, Blues (lat. Cupidinidae) — they are less familiar to us cabbage white and of hives, but some of them have the upper surface of the wings are such a deep blue! The lower surface of the wings they have a dull — gray color with black bordered white stripe spots. I must say that not all of the butterfly family Lycaenidae have wings of blue, meet me there and bright orange, and red. Moreover, males and females are different, and deeper, rich color y males. Photo butterfly dines on flower ranks (lat. Lathyrus). Characteristic shape of a flower (“boat” to “sail and oars”), you can guess that it belongs to the family of legumes. More widely known name of one of the types of ranks — sweet peas. 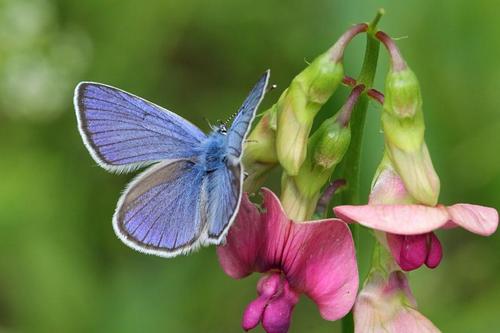 Blues — butterflies are usually small, with a pronounced sexual dimorphism, especially in the color of the wings of the males are painted in a bright tone. The wingspan of most species of 20-40 mm. wide Wings. The coloration of the wings in males is more vivid, brilliant blue, dark blue, orange, red, green, occasionally dark brown (usually the females brownish, males have the same blue, much less the same for both sexes). Bottom color of wings brownish or greyish, usually with rows of small mottled spots or narrow cross-strips. 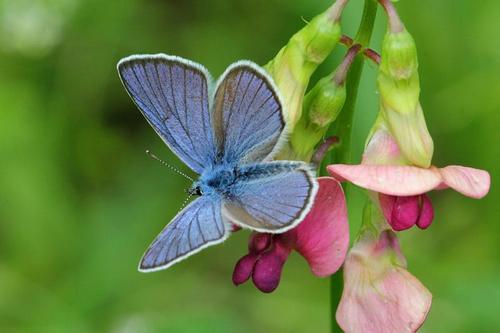 Eyes hairy, rarely glabrous, oval, with a notch near antennal base and border of white scales. Antennae clavate. Palpi short. Antennal base without fibrous brushes. The brachial vein. Front legs shorter than mid and hind ones, usually unsegmented, with one claw. Hind tibia with one pair of spurs. The front legs of males are slightly underdeveloped (feet without segmentation), do not function when walking, but never appressed to the body. All legs of females of normal intelligence. 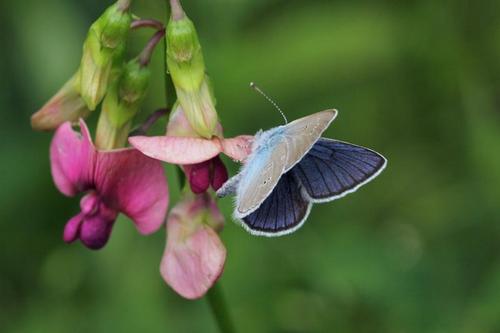 Even English Blues called “blue butterflies,” but in this family you can meet with the red wings. Males of the genus Thecla are painted in green and purple. In addition, they flaunt a subtle, easily coming off the tails on the hind wings. But despite the “wrong” color, they all belong to this family, a set of attributes. 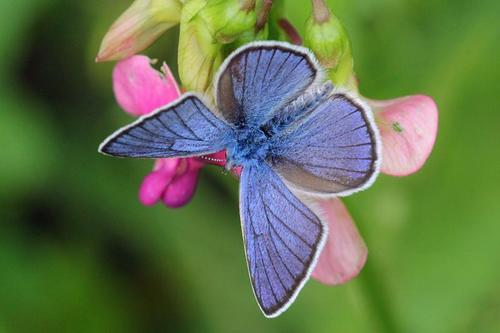 Some Lycaenidae, there is one interesting feature. Caterpillars of most species at certain stages of its development fall into anthills and feed on its inhabitants. Emerged from the eggs the young caterpillars initially feed on leaves. They secrete a secret with a specific smell, “masquerading” thus, under the larvae of ants. They will take them back to the nest and feed along with their own offspring. And the caterpillars not only steal the larvae, but also eat them. However, the ants have found a way to resist these insidious predators. The smell of their larvae is constantly changing, and survive only those caterpillars who are best able to adapt to the standard. This prevents the Blues too much to increase the number and bring the ant to death. 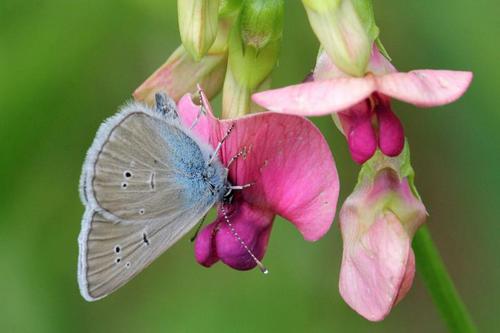 Rite (lat. Láthyrus) is a genus of annual and perennial herbs of the Legume family (Fabaceae). The herb is a climbing stem with oblong acute leaves with tendrils at the ends. The Latin name comes from two Greek words, la — “very” and thuros — “attractive.” This rite required the flowers are of different colors: white, pink, orange. After flowering, the rank forms of the beans, which after heat treatment can be eaten. In the Dictionary Dahl word “Rank”, the following information well. the plant Lathyrus tuberosus, mouse, groundnut, meadow pea, pink polka dots, pink chin. 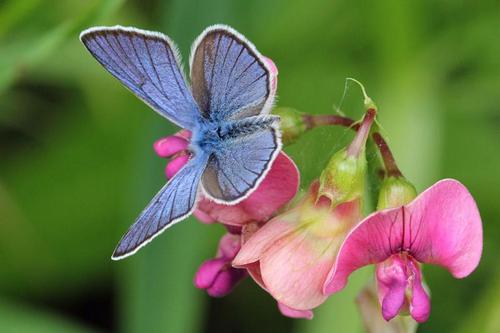 Order grown mainly as a technical and agricultural plant. In many countries it is cultivated as feed for livestock. In the wild the species rank can be found in the steppes and forests. It grows in Europe, South America, and China. Few know that the direct relative ranks is sweet pea. Rank is one of the most ancient food and feed crops. If you compare the beans of this plant with peas, a rank is much richer in protein. However, the taste of the pea is slightly higher. The order has long been cultivated in Southeast Asia and North Africa. Its importance is due to the resistance to drought and diseases, good yield. From the seeds, a vegetable casein, which is needed for the production of fabrics and plastics. For fodder purposes used as a green mass and hay plants. 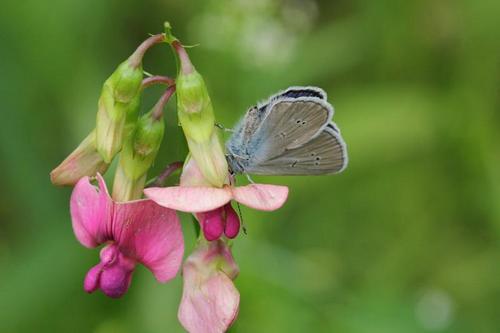