For many decades, experts are studying the dolphins. They believe that these mammals are very intelligent. This view cannot be challenged, because in dolphinariums they show such tricks that once it becomes clear that the intelligence they have developed. 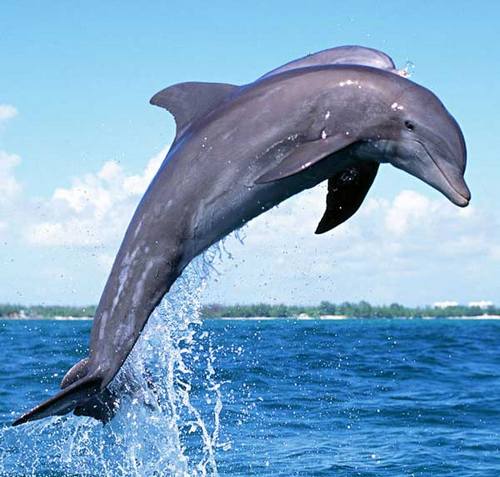 For many centuries all peoples tell of cases confirming high intelligence, tenderness, compassion and kindness to these magnificent animals. But do the dolphins so nice? Or people attributed to them is the quality? Let’s look at the facts.

In fact, research is conducted only on one type of these sea animals – bottlenose dolphins. The first works on the results of scientific experiments was published in 1984. It said that a female named Akeakamai may perceive the noise generated by the computer, in addition, they are deposited in her mind. When she demonstrated the relationship between musical instruments and the noise, she immediately understood and put in mind this logical relationship.

A pack of dolphins all do emit certain sounds, with each Dolphin has its own unique timbre, characteristic only for him. In order to verify this hypothesis, the researchers withdrew from the Dolphin pack one male. After some time, they included mammal sounds, and all members of the group began to try to find the missing individual. Realizing that the sound comes from the equipment, they lost all curiosity.

Featuring a remarkable ability to remember, dolphins are able to remember and recognize each other even after decades. This feature has been confirmed by scientific experiments that were carried out in 2013.

Mammals can recognize their own appearance: immersed in a sea of enthusiastically the mirror looking at myself, not trying to start a conversation and not fearing what he saw.

Something the dolphins like people. But we understand that people are both wonderful and not so good. Apparently, the dolphins also have good and bad living side. Especially clearly manifested the negative qualities in the mating season.

Researcher R. Connor, CEO of The Dolphin Research Alliance once saw several males chasing a female. Failure on her part is absolutely not perceived harassment was so blatant and frightening. As it turned out in further studies, this manner of the male during mating is quite ordinary, as do many dolphins. They form little groups so it is easier to make a female to obey them. Such appalling behavior has made a shocking impression on the experts, for a long time considered these mammals kindest creatures.

Further news and research once more opened his eyes to the essence of the dolphins. At sunset the 90-ies on the coast of Virginia jumped thirty very young dolphins not previously studied. The reasons for this behavior became clear after the study of the dead mammals were mutilated. They had broken ribs, punctured lungs, mutilated all the bodies. Mature males so unfair to young because I want to get the female I wanted a new baby. To call this desire only death of a newborn Dolphin.

To ensure the safety of the future child, females EUMETSAT mating with members of different flocks – blood parent at the meeting will not be to kill her child.

2 Comments on “Interesting facts about dolphins”