Many rich people are constantly striving to surprise his environment “scope”. So, some as Pets make not even cats or dogs, and predatory animals taken from natural habitats. They are willing to pay a lot of money for them. Often the object of the acquisition become the lynx – wild cats that are not adapted to living in the home. And the owners are unable to provide such animal proper care and also protect itself from the effects of his aggression. 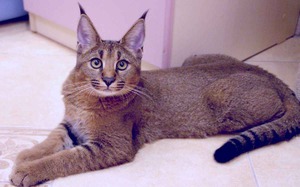 The breeders decided to help those who wish to have exotic Pets. Thanks to their efforts, were crossed with wild animals and cats domestic breed. Now, many people get the opportunity to get a cat similar to a lynx. And such a favorite, in contrast to the current lynx or Caracal, will not pose a danger to his master and his family members.

Today we will learn how to look wild Caracal, artificially bred species of caraquet, and the domestic cat, the lynx, and find out how much they might cost. 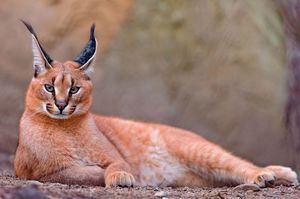 Caracal in another are called steppe lynx. This carnivore belonging to the cat family. Translated from the Turkish “karakal” literally translates as “black ear”, because their ears behind are black. This breed a long period attributed to the lynx, but after research caracals allocated as a separate species.

Caracal is really not very different from the wild lynx, but it is smaller, more slender and solid color.

Among other external features of this wild breed is such:

Caracals are incredibly attractive, but it is a rare animal, consequently, they are not cheap. Exactly how much can cost caracals, hard to say, but the prices of tens of thousands of dollars.

Description of the breed caraquet 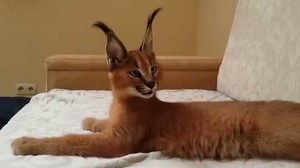 Wild cat the Caracal is very expensive, but it is impossible to forget that the predator has a hard temperament and unpredictable nature. Not so long ago (in 2007) breeders by crossing Caracal homemade Abyssinian cat got a new hybrid breed – karakata.

Their common features are:

Among other external characteristics carakita can be identified such:

The genes of the predator was handed to the representatives of this breed good health, they have wonderful hearing, hardy and have good digestive systemto digest heavy foods. But affected genes and Pets, due to which caracity energetic, friendly and soft. 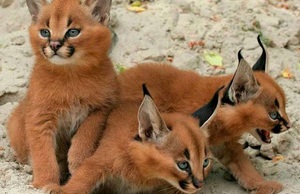 It should be noted that caracity – a rare breed, kittens are incredibly expensive. To the outcome of the mating was successful, breeders must abide by a number of conditions. Even if we are talking about the crossing and the pregnancy is successful, the light appears no more than two kittens. And the males are to the fourth generation at all to be barren. Hence, the high price of a kitten – about 15 thousand rubles, and sell it without the right breeding. Sell kittens of this breed by reservation only.

Now breeding work associated with this breed continues as the final target set by the breeders has not yet been achieved.

They want to achieve such external factors as:

Home lynx and its features

Home lynx is also made breed. It was developed by crossing a domestic cat with a wild canadian cat. As in the case of karakata, selection work relating to domestic lynx, continues today.

Breeders strive to ensure that animals were healthy and attractive, and home to lynx it was possible to keep at home.

Domestic cat, lynx is a rare and slozhnopostanovochnyh breed. Accordingly, it is too expensive. This high price is due to the complex breeding. To be successful, breeders need a lot of time. These cats should be similar to a real wild lynx, but have a gentle nature as Pets.

Home of the lynx very good-natured.

Their key external features the following:

Home lynx is incredibly similar to the wild, but Pets less in size. This is a consequence of the fact that the selection involved the canadian lynx, which is recognized as the world’s smallest species of wild animals.

Features of the care home at a trot or carakita 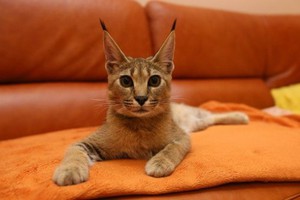 Despite the fact that these rocks are called home, we must not forget that in their veins flows the blood of wild beasts. To feed a pet dry all purchased feed, you should not. These cats are constantly in need of fresh meat in large quantity, and to give loads developed jaws, they should give them bone and sinew. The food must be balanced. These Pets are constantly moving and incredibly active, they provide scope for this.

As a preventive measure to prevent the ingestion of fur animals, it should be regularly brushed and sometimes to give pupils the means to prevent accumulation of hairballs in the internal organs.

Be sure to provide your pet with the following:

The breed, which we spoke above, were bred artificially by crossing domestic and wild cats. However, there are traditional homemade cat breeds that are similar to lynx, but with the wild predators have nothing in common.

For example, cat breed Maine Coon is a domestic species which is of aboriginal origin and the following characteristics:

Unlike home lynx Maine Coon more undemanding in terms of care, and it costs less. 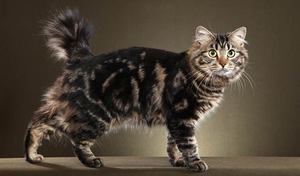 American Bobtail is another breed of cats, similar in appearance to the lynx. He has a short tail, almond eyes, predatory special color, thick coat and stocky body type.

Another breed of domestic cats with ear tufts and similar to the lynx is pixibob.

Its external features are as follows: 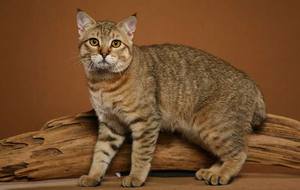 Pixibob, despite the external similarity with the wild lynx has a very friendly temperament family pet, but he’s also small in terms of size.

More recently, lovers of exotic animals, and now they have the opportunity to buy (really expensive) cats, which apparently will be similar to the wild Bobcat. If you want to have such an animal, then you need to choose a good nursery and carefully discuss the terms of purchasing a pet from breeders.