The Theme of the evening promised to show an unusual place and for a long time tijarica than it is unusual. Seems to be only a beach, but when you come at it with a flashlight in the dark, almost see the moving carpet of shells. And each shell sticking out of the legs and antennae. This beach is a place of mass onto the shore hermit crabs. There are thousands of them: the top ten under each piece, they are sitting on each tree, thousands spreading across the lawns and beach. While that is the usual deserted sandy beach. And what is starry sky! And stars not only in water but also under water: pushing hands the water the night sea, and then breaking out thousands of bright blue-green sparks erupts frightened glowing plankton.

When at night I go on this beach, you have to Shine a flashlight down and look carefully where you step so as not to hear the crunch of someone’s crushed cabin. Of course, they try to scatter from the road, but do not do it very smartly, and in case of danger, just hide in its shell. 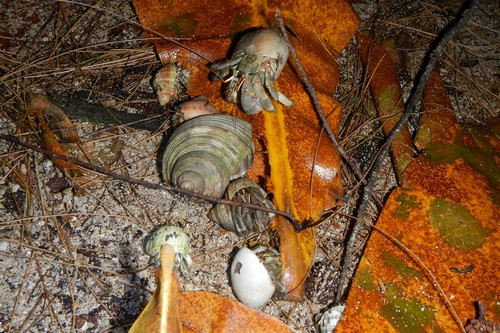 They are everywhere: in the trees, on the sand, on gusano so generally solid moving carpet of shells and claws. 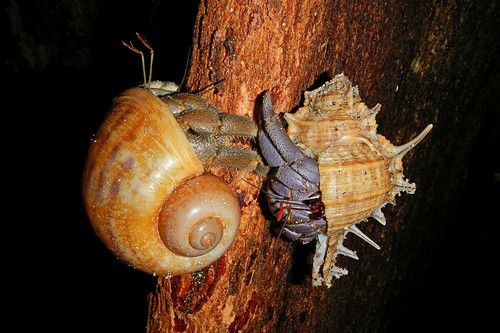 All sorts of colors and shapes: gray, purple, greenish. Different shapes who have thin eye on threads, one on thick stalks. Any size from small pea to a large fist. 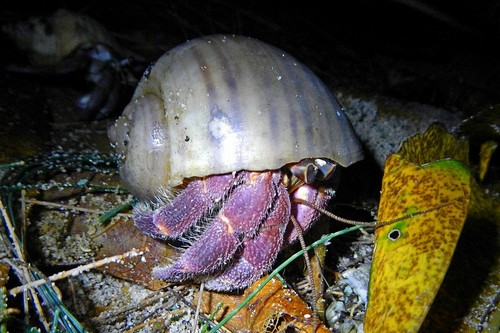 With danger hiding in a shell, tightly covering the entrance of a massive claw, or folded into an impenetrable barrier legs. 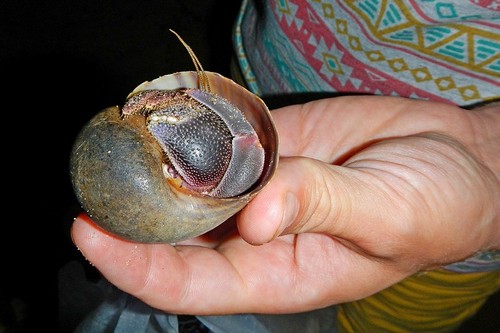 But sometimes it works the way out (how to throw a coiled up hedgehog): shake the sink up and down. Crab POPs out and immediately begins to twist around dissatisfied with their barbed legs, trying to scare the offender:

And this crab, next to which scale lies the flashlight, have grown out of her shell, and it is time for him to molt and change the house, but it is quite large and apparently not found a suitable shell of appropriate dimensions. And lives, half leaning out of it, without being able to hide when frightened, only shrinking into a ball, and staying mostly outside. 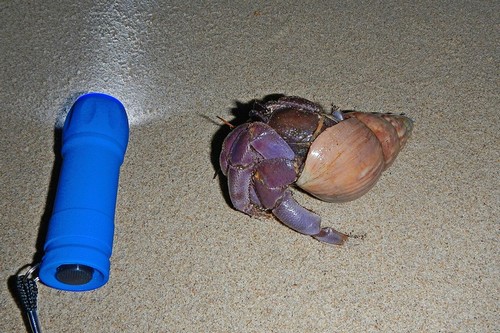 And all around beauty: the darkness of night, which after turning off the lanterns are gradually getting used to the eyes, the light from the stars lights up the silhouettes of the trees, the distant lights of the hotels represent smoothly curving to the Cape coastline, that someone launched a Chinese paper lantern, left on the photo trail orange features… 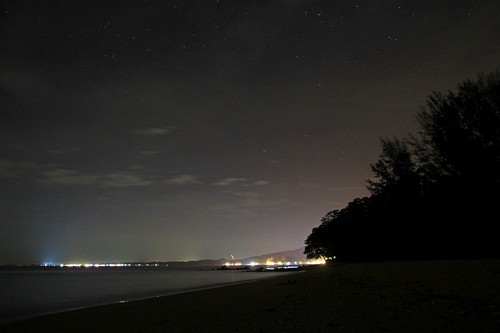 Directly overhead rises to the Zenith, the milky way, are visible silhouettes of unfamiliar constellations, of which more or less is identified only with Orion, hanging not on the horizon, as the house and upstairs. 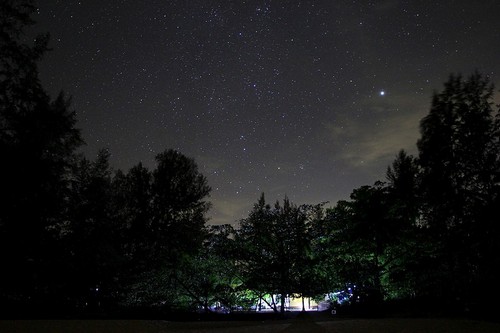 Aside came, you could see the lights of the pier and the lights from hundreds of candles placed — somebody’s romantic date: under the trees is covered with a table and two chairs, on trees, hanging garlands of flowers they placed hundreds of lit candles and a beautiful view of the sea and the stars. As we passed along the beach, turned off the lights and tried to pretend that we’re not here. 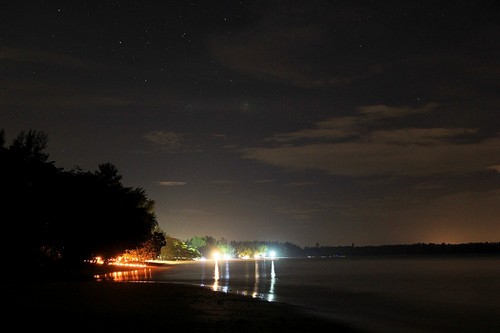