If you ask, who is depicted on the photo, then 9 out of 10 people will answer something like “of course, the locust, look what huge, they even come with a sword, we feel caught,” and will be wrong. On a photo of a typical grasshopper, and from the family of true crickets (Tettigoniidae), and small jumping insects in the grass that you have been mistaken for grasshoppers — the grasshoppers. Of these grasshoppers we have the most common grasshopper song solid light green color and imprinted on the photo grasshopper gray, or mottled grasshopper (lat. Decticus verrucivorus). This is a very large insect green or brown color with dark flecks, light gray paws and yellow belly, with long hopping legs that break off if you grab for them; long wings, females have an ovipositor in the form of a snake. The second opening for you, it may be that this grasshopper does not “eat the grass”, and is an active predator, feeding on insects. Grass, however, he will not hesitate. Well, the third opening for many can be that serrate the legs are irrelevant to the chirping, and loud chirps the grasshopper with wings, due to a sharp bending of the membranes in their base. 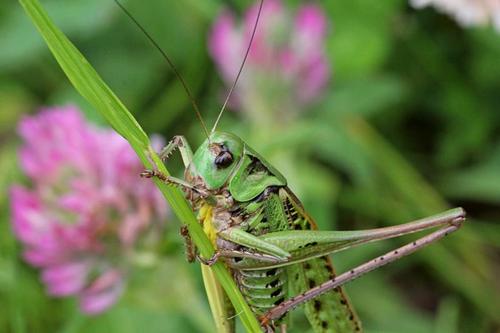 Grey grasshopper is a large insect, with body length 28-39 mm; painted in bright or dark green color with lots of brown spots. It is often entirely brown with darker spots. Common gray grasshopper in Europe (except North), Caucasus, Central Asia and the far East. 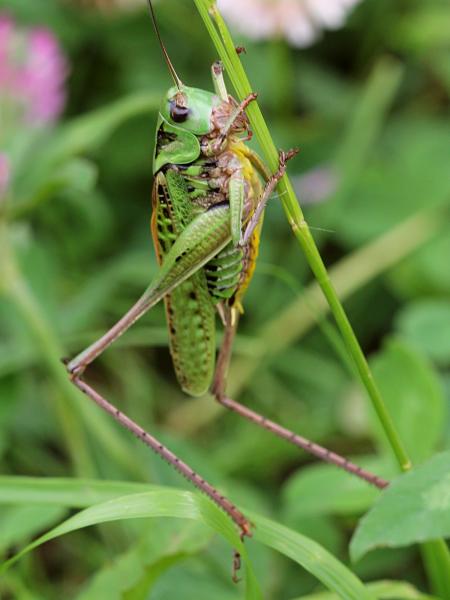 The Latin specific name of verrucivorus, that is eating the wart, due to the belief, like brown fluid produced by them at the biting mouth, takes warts. 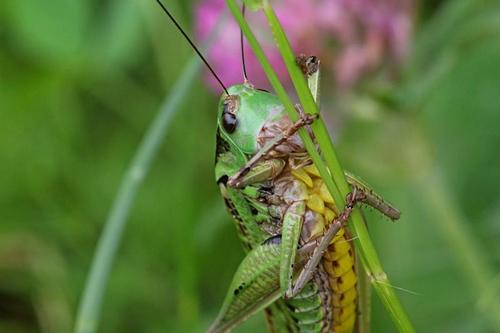 This species is widely known among humans, but — alas! not like the grasshopper. No one is confused with locusts as often as Orthoptera. And there are several reasons. First, they are very large. Second, the gray grasshoppers are more tolerant to heat, so that all of them are open steppe, which greatly expands their ecological niche. Plus to all the above: they have few natural predators because of their size. As a result, these arthropods are susceptible to dramatic population explosions. However, gray grasshoppers to locusts are irrelevant and belong to a different suborder of Orthoptera – long mustache. Accordingly, they are easily distinguished by the long and slender antennae on the head, which usually exceed the body in length. Also they have a different kind stridulatory apparatus, with which they “sing”. If grasshoppers produce sounds by friction of the hind legs on the elytra, grasshoppers doing it the movements themselves of the elytra, and the sound is formed by the sharp bending of the membranes that are in their basis. In short – the locust chirps legs and grasshopper – wings. 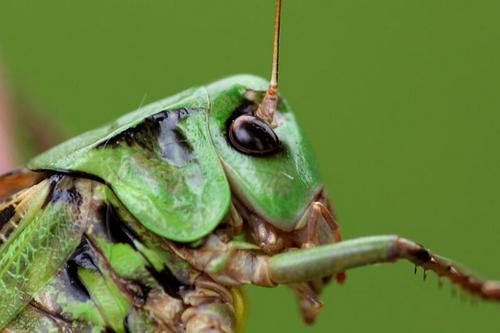 Grey grasshopper — the inhabitant of the well warmed by the sun areas of meadows, fields and forest edges. Its presence in clear summer days it gives out a chirping. These sounds are published by males, as only they have the elytra of a sound apparatus. Grasshoppers usually crawling in the grass with all six legs, and can move well, and the sheer surface. Being disturbed, they usually jump in with a force pushing long back legs and revealing her wings, which serve as a parachute and contribute to the elongation of the jump. There is another feature of this grasshopper: when a predator grasps its hind legs, those break off, allowing the grasshopper to “escape” from the enemy. 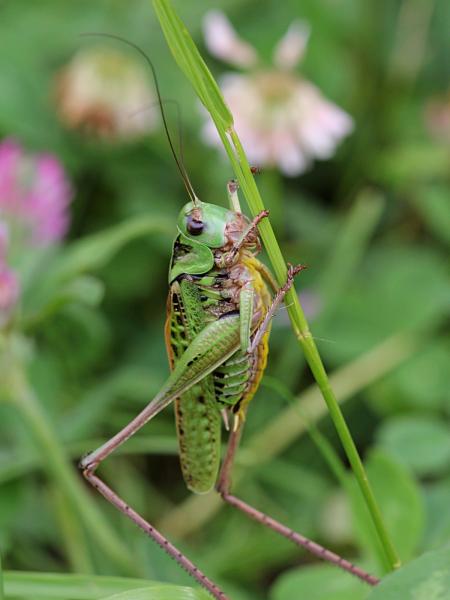 Grey grasshopper eats a variety of foods: insects caught on the plants but also leaves, seeds and berries. Adults eat almost anything that grows and is green, and on occasion, do not miss the opportunity to become cannibals and eat dead individuals of their kind. Such can often be seen in cities and towns during their mass reproduction, when a lot of individuals dying under the feet of men and the wheels of cars. 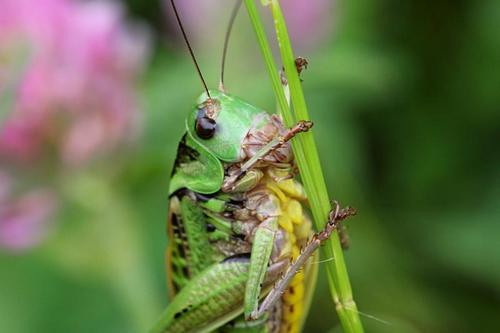 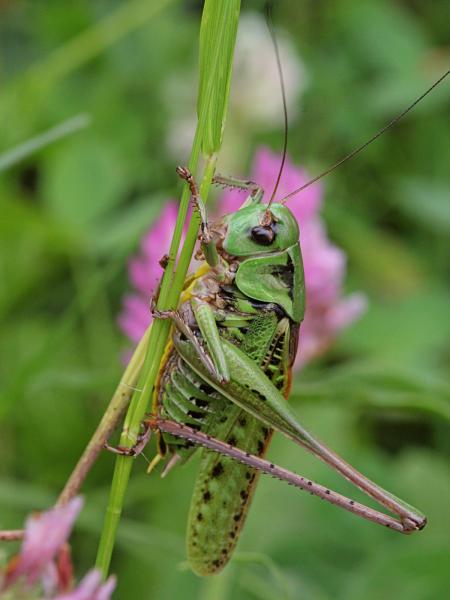 In late summer, a period of reproduction. Females with long ovipositor lay their eggs in the soil at a shallow depth. The female begins to lay eggs one week after mating. The number of delayed in the land of eggs on average about 50. The eggs overwinter, and larvae appear in spring, which is very similar to a grasshopper, but much smaller and wingless. Larval development lasts for about 50-70 days. Larvae initially a brood, but as you grow settled. 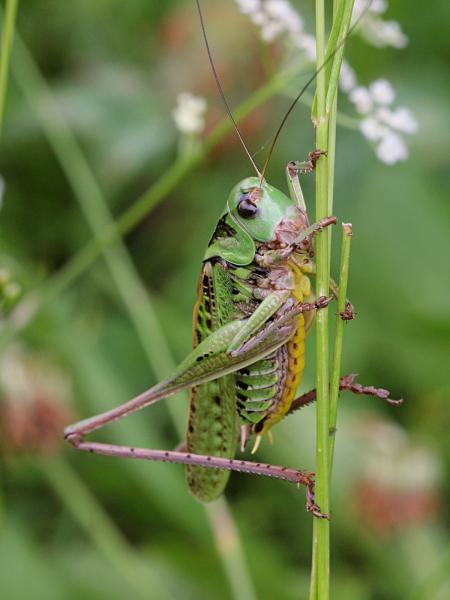