Nature consists of many plants, insects and animals. There are a variety of bacteria, parasites, fungi and worms. But despite the diversity, they can all be divided into two groups: harmless and dangerous. Below we will focus on animals. but about deadly animals for human life.

Not to be in an unpleasant situation, you need to have information. To have though the slightest representation about what kind of animals you can pet and cuddle in the arms, and from whom, is to run at the speed of sound, when a chance encounter in nature. Top five most dangerous and poisonous animals on our planet, which fortunately is not quite easy to meet. 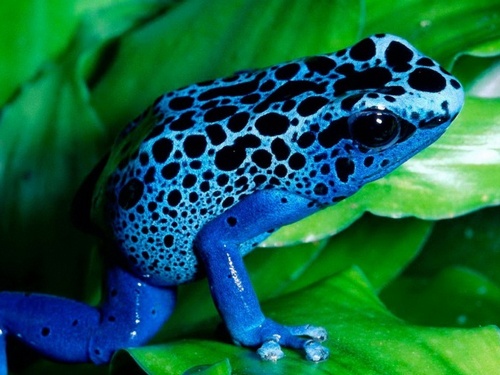 Cute frog-dendrobates opens this top most dangerous people on the planet in fifth place. This cute baby lives in the jungles of South Africa and in America. She has a very beautiful bright color, from which it is difficult to look away. For legs and suction cups and slime, this creature can move on completely different surfaces. But, they prefer to spend time in the trees.

A feature of this frog in the fact that she can’t croak. She makes sounds like a buzz. Poisonous and feeds on small insects, which poison then accumulates in the body. And then all these toxins out of the body through the skin.

The frog is not at all aggressive and do not attack people. The danger of people becoming her skin. From touching the skin of the little frogs with his bare hands, you can get paralysis of any muscle group. In particular, can paralyze the heart muscle, followed by death. 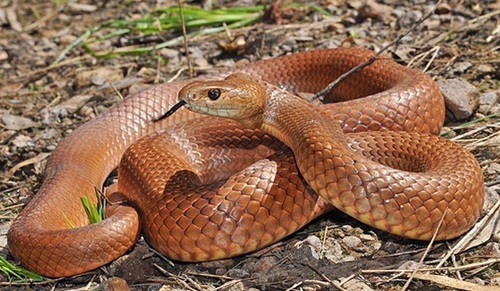 Inhabitant of Australia falls into this list at the fourth position. It’s called the Australian Taipan. His most distinctive features is the impressive size, speed and nervousness. Despite the fact that this snake is the largest on the mainland, he also has a very aggressive disposition. When the size of the trunk three meters, the length of the teeth reaches a centimeter. And one portion of the poison is enough to send to the light of a hundred people at once.

The snake eats mostly rodents and other small animals. On people he does not attack unless disturbed. But, if a bite has occurred, then the chances of survival are almost none. As in ninety cases out of a hundred comes a painful death. Those who were saved, received the injection with the vaccine during the first three minutes after the bite. 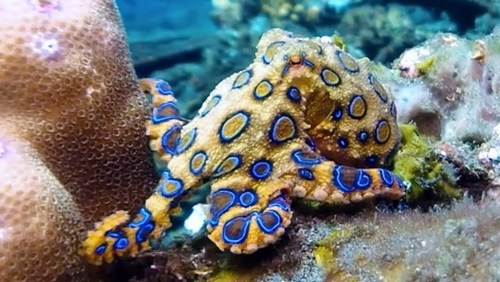 The Golden middle in the list gets poisonous octopus, which fortunately grows to very large sizes. The maximum they reach twenty-five centimeters in length. But, despite its size, this creature has a very strong poison. It was opened by scientists quite recently, less than a hundred years ago. During the research of this kind, their danger was not subject to disclosure. And only after an accident has occurred with the world-famous diver from Australia, scientists released this information.

In the water at rest, the octopus is absolutely harmless and not aggressive. But when they touch hands, and even more pulled from the water, they strike. Poison, which is contained in a single creature of this type, enough to kill at least ten people. 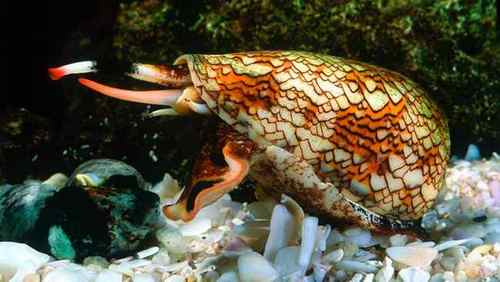 Cone snail or cone-shaped clam that doesn’t look like a dangerous creature. So, curious tourists often grab in the hands of this unusual form of mollusk, not knowing what consequences await them later. After all, only one shot of this inhabitant of the deep can cause absolute paralysis. It does not sting, and the sting is a spike-tooth, which is located on top of a cone shellfish.

Using this with his gun killing the snails very quickly prey on marine fishes. In the night they emerge from their shelters among the corals. And then slowly sneak up on their victims and inject them with a lethal dose of poison. Scientists have found that these creatures are endowed with very good sense of smell. And the toxin contained in them, is able to assist in curing some serious diseases. 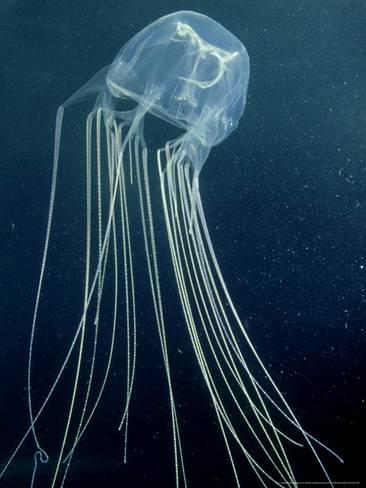 The leader of the top becomes the sea wasp, which is considered the most dangerous sea creature. She lives in Sunny Australia, in the coastal part. But, too close to the shore not swim. From the meeting with this creature, each year kills more people than shark attacks. When meeting with a person, having no other choice, these wasps sting her abuser several times in a row. And absolutely do not regret the poison which is administered to the victim.

Appears the poison’s effect step by step. At first the bitten place swells, and then the tumor spreading throughout his body, then gradually stop breathing and refuses to work heart. All anything, could not touch the jellyfish with your hands, if not their transparency. Visible only to their bodies, which at first glance resembles an eye. That is exactly, scientists have not yet figured out.

2 Comments on “The most poisonous animals”