In late spring — early summer on the ground among grass it is possible to meet a little grown, but not yet able to fly Chicks. But don’t feel sorry for them, “the poor thing fell out of the nest”, for many birds it is a normal stage of development. Chicks much, they are large in size, nearly adult bird, in the nest they all just not fit. Such juveniles hiding in the grass while their parents is always somewhere nearby, watching the safety of offspring and bring them food.

Approximately the same picture I saw on this rainy lazy in the beginning of June. From wet grass to the sidewalk came out awkward teenager with soaked feathers — eyed crow. He with interest looked at the world with no fear. At this time the neighborhood was walking her puppy, who immediately sensed the prey, crow tried to sniff, and began to bark at him.

The owner did nothing, apparently for reasons of “let pet you?” before he made the remark. But the parents of the crow, which was all the time somewhere near raised panic! The ravens croaked loudly again, lifting her wings and nuhoglu beard under the beak, swooped down upon a dog, in impotent rage as its powerful beak broke off twigs from the tree on which he was sitting. And this noise has involved not only the true parents of this crow, and all the surrounding crows beside.

This phenomenon is called mobbing when in case of danger one bird makes a noise and panic, and the rest arrive to see what had happened, and eventually a big company away dangerous enemy. And, most of the noise is small birds, in the hope that larger neighbors pay attention to the problem. 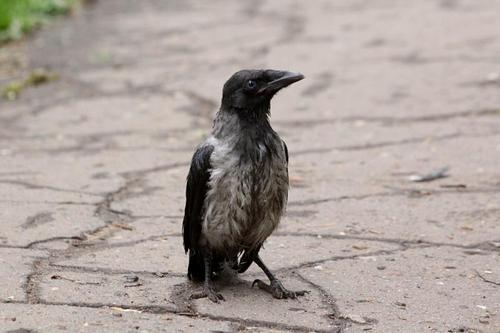 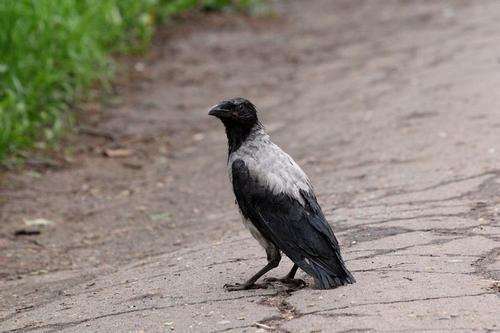 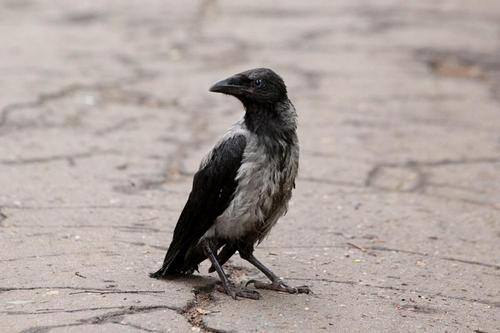 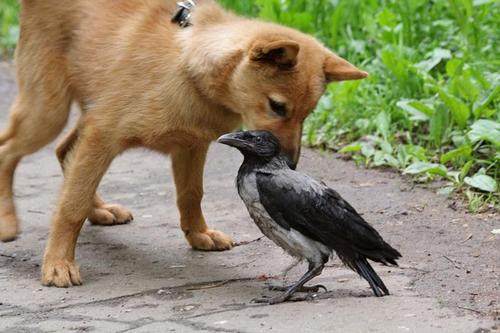 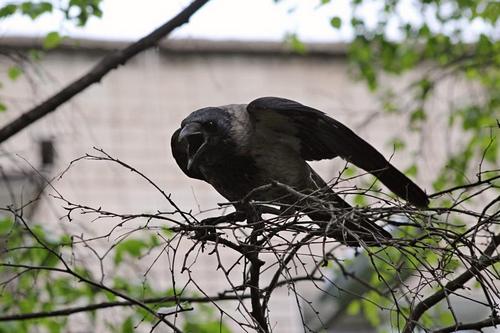 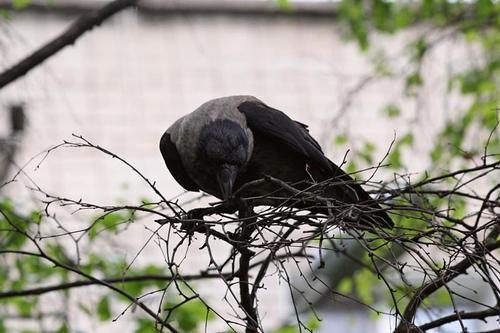 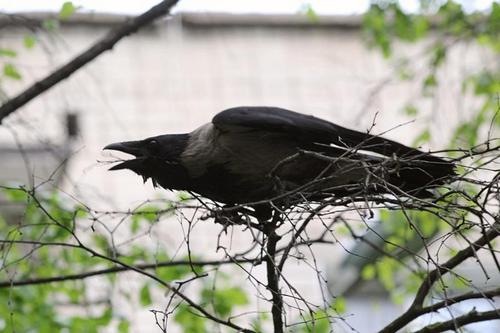 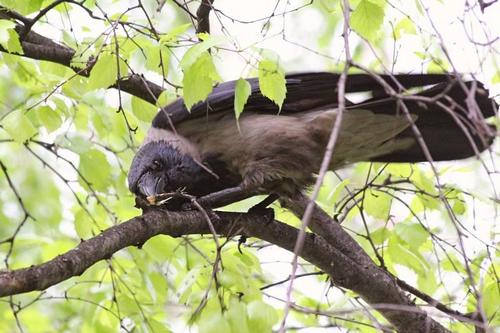