Many people just get confused over a pretty simple question about such a small animal, like gastropods: an insect or animal. In fact, a snail can not be assigned neither to insects nor animals in the standard sense. To start is to understand: what is gastropods. 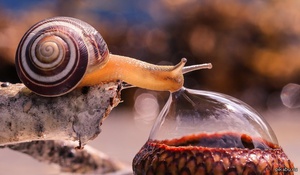 The word “gastropod”, anyway, called all, is based on twisted, sometimes a conical shape. Sign of any snails are the sink, whose presence makes the animal according to the standard snail. As such, animal or any other creatures with the name “snail” does not exist, it is more popular name. Snail (Gastropoda in Latin) is a gastropod mollusk, having the outer shell. 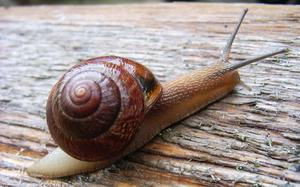 The loss of the shell or if there is a rudimentary shell of the animal and all members of the class lose the title of “gastropod” and becomes a slug. Snails call all members of the class of gastropodsthat have a shell, if its not the same animal to become slug. By definition, a snail is an animal, it belongs to the animal Kingdom, insects it can not be. The snail is an insect — no.

The snail and its external signs, how is it different from insects

What is gastropods and how it looks? Common signs gastropods have long been systematized and reduced to intelligible mind. Part of the body of gastropods is divided into several parts, these parts distinguish only three: the visceral pouch, the head and leg. Most of the representatives of gastropods the mantle is a fold extending from the bag.

Moving gastropods on the lower surface of the sole with the help of muscle contractions. To improve patency and protection of the foot gastropod secretes large amounts of mucus. There are certain types of snails, it is often small, able to move across the surface with the beating of the short cilia.

Most of those representatives of gastropods, which are snails, visceral bag reside inside of a shell, which secretes the mantle. The shell has a conical swirling in a spiral shape. In case of danger or appearance of extreme conditions gastropods are hiding in the sink.

To the cochlea can be attributed almost all gastropods, including the sea, especially when you consider their common features. But in fact, the name “gastropod” firmly rooted only to a terrestrial species of mollusks, and only to those who have the sink. 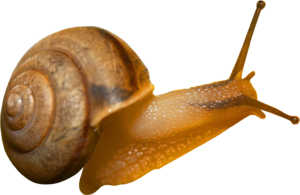 Shells of gastropods are diverse and largely form depends on the lifestyle of the mollusc, the shell color depends on the arrangement of protein molecules, and its thickness from the amount spent on construction minerals. The shells of shellfish is a natural work of art, it often consists of several layers. Land types of molluscs often have a double-layered shell, the layers have different characteristics and growth characteristics. For example, the middle layer, more internal, can only grow in length, gradually increasing the number of turns on the sink, and the outer layer is able to grow in length and in width, gradually thickening the walls even the new turns.

Most species known to science have a smooth rough surface of the shell, which is very convenient land types. Marine representatives, especially the inhabitants of a coral reef, have their “home” growths that are required for masking. Coloration the greater part of the types aims to disguise and increase the chances of survival.

Darker often have representatives of the water world, for example, a gastropod inhabiting sandy bottom the colour will be close to the total background, the same applies to those who live in the algae. Among many species of land and marine species can be to notice a very bright representatives. But we should not enjoy meeting them, bright color in nature often suggests that its bearer is poisonous. Sometimes a bright color can apply all harmless animals, but this color will be “charged” with a poisonous counterpart.

As for the size of the gastropod, it can be tiny or real giant.

Originally gastropods lived in the seas and oceans, gradually moving to dry land. Most species of gastropods now live only in the sea. Well, the largest range of species can be found in countries with tropical climates.

Insects and snails have no common relatives and similar external characteristics, they are completely different and belong to different kingdoms of nature. Most insects have on their body chitin shell that protects them from external problems, and the mollusks have a soft body, quite often without protection.

9 Comments on “Snail animal or insect that she is”