Forest adorable Amur cats, the smallest among the family of Asian cats. Often the far Eastern Amur forest cats called cats or cats of Tsushima. They are larger Pets. The length of the body, given a tail about a meter. Length of the cat’s tail is 40 cm. Cats weigh up to three kilograms, the males are more impressive and weigh more than 4 pounds.

The body of the far Eastern forest cat is muscular and long, long legs. Small head with rounded ears and close-set eyes. Cat fur is soft and fluffy.

And over color nature tried from the heart:

Their way of life forest animal

Far Eastern cats live alone, and in pairs. However, in season generate a lot of offspring, next can peacefully a few individuals. Each cat has its own marked possession from 5 to 9 square kilometers. 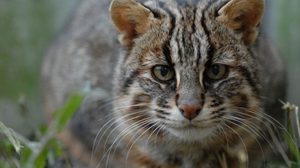 Predators prefer nocturnal and crepuscular lifestyle. Amur cats are timid and cautious, so in nature they are difficult to detect. They lie in wait for prey, sitting in ambush on the ground or on trees. Forest cat is able to catch prey in a single bound. Most often the Amur far Eastern cats shelter in hollow trees, crevices of rocks or among the thickets of shrubs. Sometimes use old badger or Fox burrows.

In winter, the cats come down from the mountains into the valley. Having thin short legs, it is difficult to move through deep snow. Often the Amur forest cats wait in the shelter for several days until it forms a crust. Fat stores accumulated for the winter, allows to starve and wait for suitable conditions for hunting. In severe frost they are “grazing” close to the people, where most feed on rodents, but can get into the village chicken coop and eat the chickens or ducks. Residents of Primorye know if it is a snowy cold winter, wait for a guest. 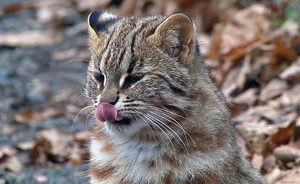 The far Eastern forest cats feed on rodents, chipmunks, squirrels, unable to catch the bird or destroy the nest to eat the eggs.

There are cases of attacks on young deer. Unlike the home, the Amur cats are excellent swimmers. Therefore, hunt for frogs, catch fish. 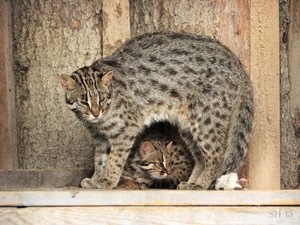 Amur forest humming in the territory of Russia live in the far East on the Japan sea coast and on the banks of the Amur river. In addition, they live in China, Japan, Korea, Pakistan, on the island of Java. The usual habitat is the dense forests, thickets of shrubs, reed beds or grassy meadows. Live on the slopes of the mountains, but above 500 meters in the mountains do not rise. Excellent climbing on rocks and trees, good swimmer.

Time enhancement of the Amur cats comes at the end of winter, beginning of spring. In may born kids. The far Eastern forest southern girl can breed throughout the year. Dating marriage accompanied by loud cries. 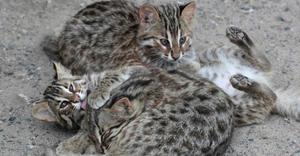 Pregnancy cat from 65 to 72 days. Amursana can give birth to four kittens. But usually 1-2 are born kitten. Weight babies born no more than 80 grams. Kittens open their eyes after two weeks. The mother cat takes care of kittens constantly, and when necessary, takes in the new shelter. In the development of the kittens and takes an active part father.

At the age of six months, the young gets out of the shelter and get acquainted with the new territory. By the autumn, grown and strengthened, the seals leave the maternal shelter and become independent, inhabiting its own territory. Puberty in wild cats occurs not earlier than 18 months. 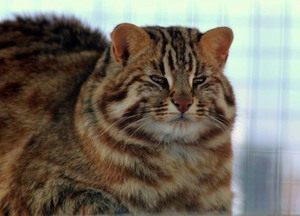 Leopard cat can raise as a pet or to contain in the yard in the aviary. For the house it is advisable to take the kitten not older than three months and better from the nursery. But you need to remember that reaching puberty, the animal’s behavior becomes uncontrollable.

Amur cat, living in the house, quickly gets used to the tray. Most cats adapt to owners and wary of strangers. Pets contained indoors, it is often necessary to walk to obtain ultraviolet rays for food in the summer, the cat’s weed.

The contents in the enclosure

The minimum size of the enclosure — 1,5×1,5 meters and height up to 3 meters. Sex is better to shoot from the boards. Also it is necessary to adapt the tray. Cat litter can be used as a filler sand or sawdust. In the aviary have to be a booth to shelter from the weather with straw or rags. Waterers can be mounted at a low height. If the size of the enclosure, you can install a saw cut of trees of different heights in the form of terraces, climbing cats. 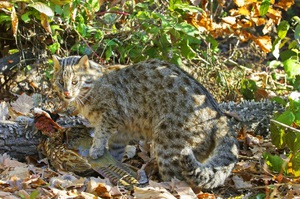 The preferred food for leopard cat in captivity – lean beef approximately 200 grams per day. However, without a “live feed” to maintain the normal physiological activity of the animal and its breeding in captivity is often impossible.

Eating in nature with mice, rats, birds, and cats eat not only meat, but fur and small animal bones. Food is physiologically necessary for normal functioning of the stomach. So in addition to meat far Eastern forest cat you need to give a couple of mice or rat. Feed the animal once a day. 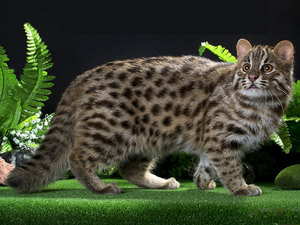 In addition, the necessary and the so-called fasting days, when cats give scarce food.

It is necessary to include in the diet and meadow grass. The hunger strike is the natural state of animals living in nature. This is an important condition for the maintenance in the enclosure, so as not expending large amounts of energy, cats fat and prone to illness.

For the full development of the animals in home conditionsYah need to maintain constant activity of cats:

The far Eastern forest cat and the Red book 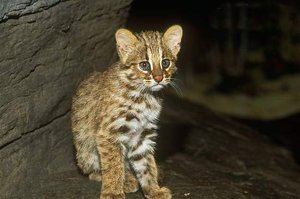 Amur forest cats are listed in the Red book of Russia. Scientists say the growth of population in recent years. The population of Amur cats in Primorye, there are around 2.5 thousand individuals. In Japan the number of cats Tsushima is small and is approximately 110 individuals. Live in zoos 32 cats. This type of prey in Japan is under the protection of the state.

The main threat to living in the wild cats are the frequent forest fires, deforestation and the conquest by man of an increasing number of virgin lands, and climate change on the planet. 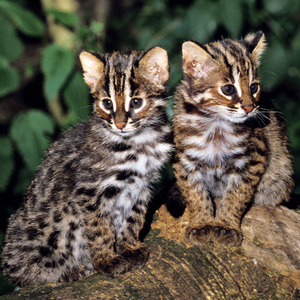 The cost of the Amur cat is very high — from 80 to 100 thousand rubles, but its content will be even more expensive and troublesome. So think carefully whether you have enough energy, money, love and patience to this animal. Probably, a sane person will make the right decision not for the sake of their ambitions.

People need to understand that the place of wild cats in their natural environment, among forests and fields. But for comfort you can make a homemade pussy who will love you back and love.

4 Comments on “The Amur forest cat”