British longhair cats have the name lowlander or Highlander. This is a full type of the breed British Shorthair. In our day the representatives of this breed is gaining huge popularity among pet lovers. These animals do not require very complex care and are of nice and calm character. 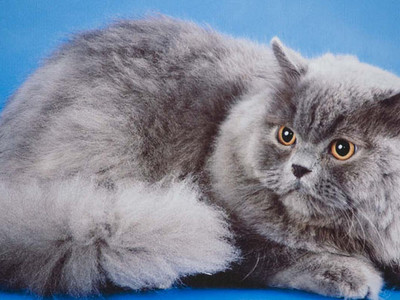 The appearance and standards of the British long haired cats

Experts have developed a number of standards of appearance, which must meet the British longhair cat:

Versions of the coat color

The vast majority of British long-haired cats having a solid monochrome color and has no spots on the coat. Cats and cats with short hair standards allowed any color.

Sometimes there are unusual color variations: 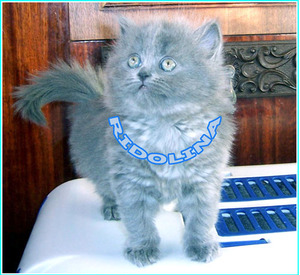 There are a number of traits inherent in the majority of British longhair cats. In General, this breed is calm and poise. These Pets are very affectionate and playful, ready to play with candy wrappers, sunbeams, etc. of the British cats are very attached to those whom they consider family members, however, unobtrusive and absolutely not aggressive.

These cats get along well with other smaller animals can perfectly find a common language with people living in the home decorative rodents and birds. To children and their pranks cat is very patient.

Little kittens by nature are characterised by curiosity and restlessness. However, they very quickly learn what is and what is not. And adapt to the lifestyle of the owners. Even the most fidgety and restless kittens in 2-3 years they become steady and reach its final maturation.

To a new home and new owners of these kittens get used to it very quickly.

British cats — only pet, they can not walk on the street. This breed can easily get yourself a those people who are not home most of the time. Their four-legged pet is unlikely to get bored without constant attention of the owner.

Features of choosing and buying a kitten

The first thing that can interest a potential owner of the British longhair cat is its cost. The price of a kitten of the British may depend on a number of factors and vary widely.

Of course, the price of British longhair kittens in cattery and luxury from a private breeder can vary several times. This kitten will be a perfect pet for those who prefer tranquility and home comfort. It does not require too much attention and care, but will answer to his master with love and affection and with pleasure will brighten up leisure.

Because this breed is long and thick coat, he requires much more care than short-haired counterparts. The coat of this cat usually has a thick and dense undercoat, which is very often formed mats.

Contain the British as possible in a private house and a small city apartment. It doesn’t require daily walks outside.

What to feed a cat of breed British long haired to decide its owner. Some people prefer to use natural products, others make a choice in favor of the factory ready feed. If you get a pet that has already been weaned from breast milk, find out what he used to eat from the former owners. It would be better if the new owners would feed the kitten of approximately the same food.

If your choice fell on ready-made factory fodder, preference should be given to varieties of premium, which are designed specifically for cat breeds longhair breeds. In such feed contains all the necessary supply of nutrients, minerals and vitamins.

If the kitten Briton eats natural food from the diet should exclude the following products:

In the diet of the long-haired Briton must include raw frozen beef and chicken meat, quail eggs.