Any person who first sees the Oriental cat for a few moments freezes in place. The animal is just striking in its beauty and grace. This exquisite creation emerald eyes if you sit without moving, it is very like precious figurines. Not surprisingly, the breed quickly gained popularity among cat breeders in the world. 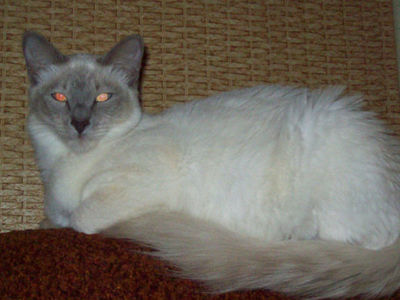 Orientals came to us from the East. They are Rexes and Siamese varieties. In the Oriental cats can be traced exaggerated features of all Oriental breeds. 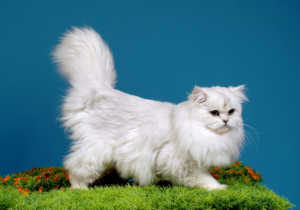 The birthplace of the Oriental cats, the Kingdom of Thailand. These animals have long enjoyed popularity. About them even there is mention in one of the great works of antiquity – the book “Poems about cats”. Thais believe Orientals along with the Siamese sacred animals. For centuries they did not allow the foreigners to be transported outside of the country. Because of this, European breeders were able to meet with representatives of this wonderful breed only in the late 19th century.

Still don’t know how foreigners could get Orientals from Thailand. However, these European premiere was held in 1894 at a major London exhibition. Surprisingly, then, the English breeders took the breed without enthusiasm. Impact of conservative upbringing and the fact that most “experts” took Oriental cats for Siamese. The result is Orientals were disqualified.

The second time Orientals were presented to the cat people of London in 2 years. And again did not take them seriously. Experts stubbornly refused to see the grace and beauty of these creatures. Furthermore, it was decided not to allow Oriental cats to other exhibitions and competitions. A British club for the breeding of the Siamese went even far: banned the breeding of Orientals, as they were perceived by culling the Siamese breed.

It would seem that the history of the breed and was supposed to end, but in the breeders leaped pride. They decided to prove that the Orientals – a separate breed. To do this, they are lucky cats in the United States.

Nowadays experiments with cats orientally prohibited. Allowed to mix only with the Balinese, and zamami. This is related breeds.

The global recognition of Oriental cat got in 1974. Since then, they annually participate in all international competitions, where always had great success. 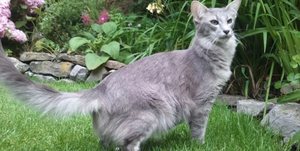 These animals are very easily recognizable by their unusual and original appearance. If the person at least once to see a representative of the cat., then in the future you never confuse it with any other breed.

The head of these animals of medium size. In form it is close to a perfect equilateral triangle.

The Oriental nose is long and straight. It is a continuation of the forehead. The official description of the breed says that upturned is not allowed. Nose and chin should be on one line.

A distinctive feature of breed Oriental – ears. Regarding the heads, they are too big. Their base is wide, and the ends rounded. The official description of the breed says that the ears should continue the line of the head.

Because these animals belong to the Eastern group, the kittens of this breed’s ears begin to grow in the first months of life. Because of this kids ears are sometimes bigger than head. Later, the ratio of the head and ears are aligned, and the animals begin to look harmonious.

The eyes of the Orientals have almond-shaped. Iris color can be all shades of green. Eyes of different colors are not considered deviation from the norm. Moreover, the white cats of Oriental eyes may be blue.

Body Oriental handsome and elongated. According to breed standards the backbone of the animal needs to be refined, dressed in a strong muscles.

The belly of this breed fit. The thoracic cage is well expressed. You can see the cartilage. Legs slender, while the front is inferior to the length of the back. The tail is thin and long.

Orientals cats can gain weight up to 8 kg. Cats weigh less than 5 kg. 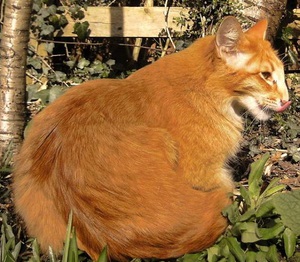 There are Oriental longhair and Shorthair. Animals of this breed with a medium coat length does not happen.

The coat must be silky and shiny with a cloth, tight to the body of the animal.

As for color, here the Oriental cat can give odds to other breeds. According to official data, there are approximately 300 varieties of color. And in one litter found in an amazing variety of colors and types of color.

Despite the difference in color, according to breed standards, the eyes of the Orientals should be green. Exception – black and white cats. However, animals with this coloration today, are not popular.

The nature of Oriental cats 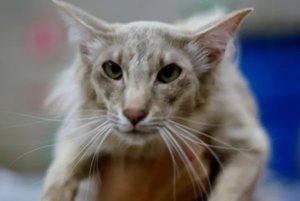 The breeder should be the fact that representatives of this breed will require a exceptional attention. Orientals are themselves undoubtedly believe that they are the center of the universe.

These animals love to comment on his emotional state voice. No matter Orientale sad, fun, and hungry, he will meow to alert others. These animals are not shut up for a minute.

We should not think that you can make the Oriental cat and he will live by himself, like some “gentleman”. This pet will constantly demand attention and greatly suffer if the document does not get it.

It is worth noting that Oriental cats can not be called libocany. They prefer to move, so happy to play with children can relentlessly chase sunbeams and chase toys across the floor.

Kittens of this breed just love to climb on the top bunk. Owners need to be prepared for the fact that these restless will to conquer the curtains, trying to climb onto the ledge.

Oriental cats are very sociable and friendly but at the same time very touchy. In this they are very similar to their ancestors of the Siamese.

In Oriental can be described as a fairly healthy animals. There are many breeds with far less than poor health.

However, Oriental cats have a predisposition to the following diseases:

In addition, Oriental cats do not like drafts. The reason for the absence of the undercoat. On draught they quickly get cold. 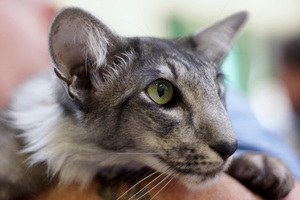 Despite the fact that it is an ancient breed, care for her representatives and simple. Long-haired cats need regular brushing with a special rubber glove. This will allow you to maintain the coat in perfect condition. Shorthaired cats can be brushed with a regular brush.

Also need to be sure to conduct the following activities:

But wash Orientals almost not necessary, because they have no peculiar smell.

Oriental cats are very graceful, but to eat not fools. Owners will have to carefully balance food, get animals. The fact that they are predisposed to obesity. On the day cats should get no more than 300 kcal, and females no more than 250 kcal.

These cats love milk, but cannot be included in the main diet. Milk should be a treat, give a few hours after the main meal.

These cats should not be fed cold or hot food. Food should be warm.