Currently a huge number of celebrities from among the quadrupeds. Love them, admire them and praise. Among these stars include cats. They are incredibly proud and comely, and attract attention. Well, let’s talk about the most famous cats. 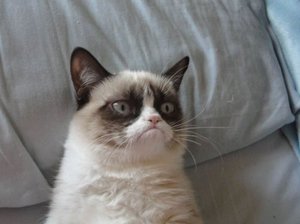 This fluffy cat was made famous by his mistress, Vicki Myron. She works in the library of the city of Spencer, Iowa, USA. His name in English translates as “Dewey read more books”. The owner of the pet described the life of Dewey, told about how she met kitty. He was then very tiny. In total, this pussy has lived in the library for 19 years. The book tells about the life of the Wiki itself. This woman managed to defeat this terrible disease – cancer. And also talks about the hard life of her family. All of these events taken from real life.

To obtain permission for the release of this book, the publisher has laid out a cool $ 1 250 000$. To date this amount is considered to be the highest cost for a memoir about a pet. And it’s not the last surprise in this story. It turns out:

Cats in the Hermitage 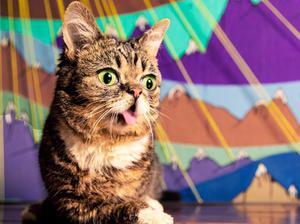 Such a group of cats appeared in the Russian Empire some 300 years ago. They became known around the world. We mean cats living in the Hermitage.

A large number of cats were brought from Kazan in the 18th century. Empress Elizabeth ordered to bring the cats to kill rats and other rodents, which were very many at that time in the Winter Palace. Furry soldiers did so well in their duties that they were made for further service already under Catherine ɪɪ in the Hermitage.

In the 20th century, the administration decided that they will cope without cats and they were evicted, but not for long. It turned out that a rodent control proved ineffective, and the animal was to be returned. So, to this day they bear the service.

And now a few unusual facts:

The richest cat in the world

All the above seals earn themselves. However, there is a pet that can be a real king. His name is Blackie, breed British lop-eared. The fact that his master bequeathed him $ 13 million. So he can claim the title of the richest animal. However, the millionaire from the UK are not even aware that made your pet famous this way.

This story is about the cat Tama, who received a position at the railway station in the city Kinokawa (country Japan). Kitty even had a special uniform. She was paid a salary. She was supposed to meet and see the people on the train. Tama wonderful job.

It was a kind of publicity stunt. It is possible to improve the economic situation in the city and the region as a whole. It turned out. That mustachioed pet during the work brought profit in the amount of $ 12 million.

The cat that senses death 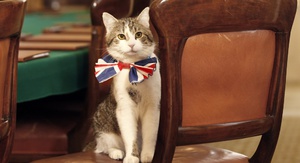 Yes, such miracles do happen. In hospital of Rhode island (USA) there is a cat named Oscar. It necessarily bypasses all patients. Then lays down next to the man, who soon dies. Five years of hard work, Oscar has not been a single failure. What is interesting is that cat better not to pull away from the man, near which it lies. If you do, it begins to meow loudly. This cat is currently watching with interest the scientists. Here is such a famous cat.

This cat is known by many through social networks. And she, incidentally, 2 million followers on Instagram. At the moment the cat is 5 years old. The appearance of the cat Nala is amazing. But this blue-eyed wonder, not everything was so wonderful. In a small age, she came to the shelter, where he lived for a bit, thankfully. Soon it took the new owner, which gives her a lot of love and care.

On the Internet you can find a huge amount of information about the seals. They all vary, of course: a mischievous, lazy, fluffy and naked. But they share one thing: love of the owners, who are willing to devote the most time to stories about their favorite Pets and about their lives.

3 Comments on “Stories about the most famous cats and cats”