Choosing the kitten nickname – remember, he doesn’t care, and you live with it! For the cat owner with experience select the name of the new pet — it happens. We know perfectly well the cat will respond to any name and to hear the intonation of the owner, to respond to facial expressions, to follow the gestures. He will learn how sound opens the refrigerator, rustling the bag of feed, drop a piece of sausage. It is these familiar and lovely cat ear sounds will react to your pet.

When the kitten first time appears in the house, the choice of a name an event in itself. Most importantly, do not give to this important cause for children! There is a danger that the house will settle spider-man or Batman. And if the latter, for simplicity, can still be shortened to Beth, spider-man is reduced somehow discordant.

How to call ginger kitten

We’re not talking about pedigreed cats, which is a long fancy name put on status for trade shows and other social events. We decide what to call the red cat.

Nicknamed by the color of the kitten

Nickname in color and so good that no need to invent anything. First my kittens named ginger and Belkin. It is not necessary to give the blue-eyed kitty named poppy. First, the kittens are all born blue-eyed. Eyes will eventually acquire a permanent color. And secondly, this kitten is still small.

All the names perfectly reduced to diminutive options. What do you associate red color and to be called kitten.

Often want to commemorate some event or person. So there are cat names inspired by time. In the nineties happily ran four-legged Chubais Vouchers and Bucks, went tailed Lawlessness and Boomer.

When following the trends of modern life, do not forget that fashion is changeable. Call ginger kitten this cryptocurrency! Very true. But tomorrow cryptocurrency fill up, and the kitten will remain a living reminder of the stupid investments. Or, on the contrary, it starts with your wealth. But the best is the Ruble.

I am sure that this summer in Russia saw the light of numerous shaggy Trump and Hillary. Wmape has long been settled in homes of citizens of the Russian Federation, and the Spinner catches mice somewhere in the village. 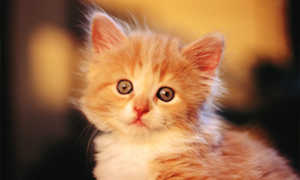 In cases fashionable nicknames just stick to decency. The nickname is to choose a nice sounding and decent content. And don’t forget now the name of the kitten you will often use in conversation with other people, it will be to hear people dedicated to who are not familiar with the context. Beware of passages: Jihad sleeps with me, Satan shit in the sneaker, and the sanction of the shed.

Sometimes, a name is given for the remarkable feature of the kitten. For example, one friend kitty loved to sleep in Samtavisi wool scarf. Called Scarf. The cat preferred to sleep in the bathroom on a towel. And here and there. In the twisted logic called Indesit. The cat, the Fridge, the cat Tree, a Delicacy, a Mouse, a Romantic and many, many strange names. Use imagination!

Aside from creativity, to choose a name not be a problem. But to name the kitten humanely as something silly. Imagine a kitten gosh, or Misha. But some human names stuck in cats. For example, Timothy, Steve, Basil, mony and many others. By the way, for Russian cats, great English-speaking peoples names. For example, Steve or mercury.

A popular decision to call a kitten in honor of the much-loved cartoon character. This applies more to fashion names, but the classic of all times – Leopold and Roger will stay with us for a long time. In this behalf laid from the human desire to get from your pet the same positive charge as from all your favorite cartoons. In these names it is evident that the cat in the house the same good and correct, like his prototypes.

I come up with cat names. Not quite from scratch, but take the first couple of letters of the names of the parents of the kitten and unite.

So, live in the world:

How to call ginger kitten boy — not a question. Nicknames for redheads cats are no different from the names of cats of other colors.

If you do not focus on its color, it will fit any invented by you, or from stack: 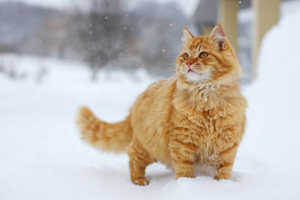 How to call ginger kitten, answers to this question so much that the eyes diverge. But to choose a name no problem. First, make sure kitty is a boy? Maybe he’s a girl? How many Kittens initially called Murki and Cleopatr – Chamberlain? Set. Now take this beautiful creature in the palm, look at him. As you want to entice – and call! And for guests and other officials, call — Lev Georgievich!