All cat lovers will be able to confirm a person’s life plays with bright colors and full of positive emotions, if you live a little fluffy miracle. The desire to have a pet begins to haunt a person in early childhood. And if parents do not bring home animals, in adulthood, there is an opportunity to realize their desire in life.

The choice of a kitten depends on the financial status and tastes. Someone will take it from the nursery, Teddy bear British for big money, someone will pick up abandoned on the street, poor thing. But before all, sooner or later the question arises “how to name a kitten?”. Of course, many people do not bother and their imagination only enough to christen the new family member Murzik or Fuzz. But some animal lovers disagree on such a simple name for his friend. You have to choose a nickname pet is much more interesting based on their appearance, breed, habits, or any featuresthat distinguish it from otherthan call the first name.

Guidelines for choosing a name for a cat 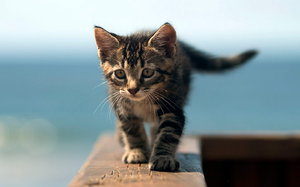 When you select a name for your pet keep in mind that the nickname should not be too long and her pronunciation must be high frequency. Cats have a kind of hearing, it is good to hear some Sizzling sounds that the animal reacts. So it makes no sense to give your pet the noble, but too long and complicated name — still he will never remember and will not be on him to respond.

Stop your choice on short words of two or three syllables that contain such sounds as “W-h”, “C”, “b”, “u”. Also great names that end in vowels. The option with the letter “I” on the end would be ideal.

If the desire to baptize a cat or a cat in any notable and complicated name too big, so you can do it on paper, in documents cat, a pedigree, vaccination passport. And to appeal to an animal by a derived from the official name or a diminutive form of the name.

If you can’t think of a suitable name for your pet can consider the existing nicknames and choose the one that’s more likely to taste.

How to call a cat depending on appearance

A full life starts after getting the name. Kitty gets used to the word with which I turned to him and begins to feel sympathy for him. Thus the animal learns to feel the attitude from the owners.

To obtain original and unusual name, you can display the diminutive form of the color of the fur of a kitten. Often in the selection of a name helps fiction, fairy tales, myths and place-names.

A very common way to think of a name for your pet is to start from its external data. Namely, to choose a nickname, which talked about the color of his coat, or the patterns on it. If you decided to decide on a name for a kitten, think about what you especially like about him. What quality of appearance I would like to reflect in the nickname of a pet.

Color of hair, eyes, weight or shape of your nose is a perfect guide in choosing a suitable name for the animal. Most importantly — look closely at your pet, and the name will come to mind itself.

Very large place for the imagination when inventing a name provide cats with dark fur. When choosing nicknames, it is worth considering that the little black kitten will eventually turn into a majestic and graceful animal.

How to name your cat with dark color 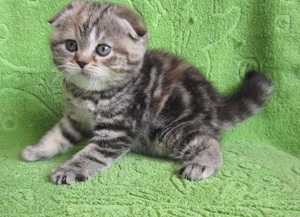 Since black cats are members of various myths, legends and superstitions. They have been attributed to the helpers of witches and evil spirits. At the moment, to meet a pure black cat without any spots is almost impossible, but if you are lucky to have such a pet, to selecting a name should be approached responsibly.

Everyone knows omen of the unhappiness that awaits if the road will enter the black cat. Many owners in spite of such beliefs call their Terriers — ‘re lucky, Lucky, Happiness, or Lucky.

How else can you call a black cat? For example, the Behemoth was the name of a large black talking cat from the works of Mikhail Bulgakov “Master and Margarita”. Lovers of fiction will appreciate such a creative move.

A black cat or a cat with a rich dark brown color of the coat include:

How to name a white kitten

White kittens are the absolute opposite of black. These cats do not carry mystery, rather, they remind us of the purity, tenderness, softness.

For these kittens is easy to find a name:

How can you call a cat grey

Cat gray real beauties. Gray has many shades, coat each cat looks different. There are light grey Smokey kittens-boys, rich dark serious cats, with a silver sheen flexible females or individuals with a bluish beautiful coat. Shades of gray in the color of our younger brothers varied and beautiful as one.

Grey wool helps the seals to blend in with the environment and makes them excellent hunters. Lover of catching mice, can be called a hunter, a Killer, or a popular cartoon named Tom.

When you select a name for a gray cat, you can pay attention to her hair and to play with words close in meaning to “smoke” and “gray”:

How to name a kitten of a boy with chestnut color 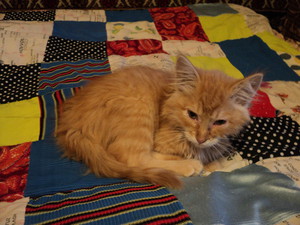 Owners of red hair are often called lucky or kissed by the sun. Cats are no exception. Red boys-the kittens look like they glow with solar energy. Red cats are able to cheer up his owners even on cold and cloudy days, resembling a small sun. Can I borrow this name from the eponymous comic and film, naming the kitten in honor of the popular and funny lazy Garfield.

Ginger kittens are always naughty and bright children. For them to pick up many different options of nicknames and each of them will be suitable!

With such a simple and straightforward recommendations you can quickly pick up the nickname of your new friend. Whatever name may be chosen, remember that it’s not how you named the kitten, and how to feel about him.