After his beloved cat ends up on heat or time passes after a planned mating with a cat, any owner is puzzled by the fact she’s not pregnant, whether his pet. Early detection of this exciting position will allow the owner to provide for the cat comfortable environment will allow you to calculate the approximate delivery date and, if necessary, to eliminate illness and disease. In determining the pregnancy of the owner of the pussy can prepare for replenishment of the family.

Signs of pregnancy and how to know cat pregnant? 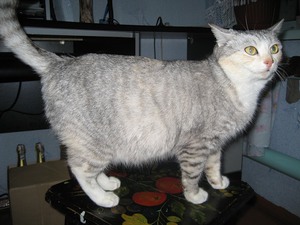 How to determine, whether the cat is pregnant? It’s not as difficult as it seems. To recognize the first signs may not be earlier than 21 days after conception. Before that date no external signs are observed.

After three to four weeks after a planned mating in females is significantly increased appetite. Cat constantly hungry. This is because the needs of the body repeatedly increases in connection with active development of the embryos. 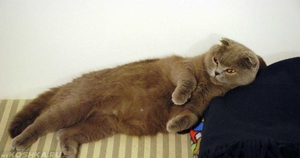 Common symptom of pregnancy in cats is nausea and vomiting. This is because hormonal changes the animal as well as in connection with the increase in the uterus are compressed some internal organs. But the sick animal, as a rule, at the initial time. After some time, she adapts and everything becomes normal. 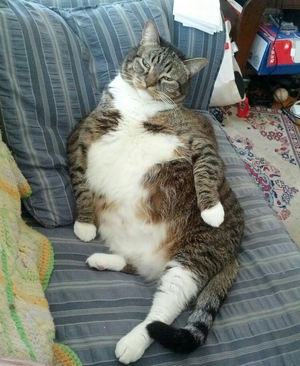 Many owners of cats are waiting after mating the characteristic increase of the abdomen, which is the most visible sign, but this manifests itself only after five weeks of pregnancy. Animal much rounded, especially it is very noticeable in cats Shorthair breed.

If a female with a fluffy coat, then her stomach you might not notice and after the fifth week. In this case, to determine pregnancy may help palpation of the abdomen.

An experienced owner is easy with the probing of the abdomen to determine the position of an interesting pet. But this should be done extremely carefully, as one awkward movement can quite cause a miscarriage or harm the cat. If the owner is inexperienced in this study, it is best to consult a specialist in veterinary clinic. 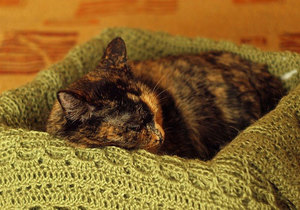 Another visual symptom is the change in the mammary glands. Experienced owners know that the color of nipples of females different from the color of the skin, after fertilization occurs, the Breasts change. 3-4 weeks after conception, the females grow nipples become bright pink or red.

Sometimes it happens that only some nipples. It is considered normal. 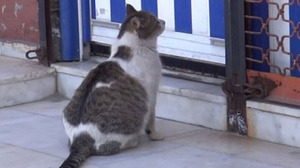 If the cat is young and gives birth for the first time, these changes are particularly distinct. The color of the nipples become very intense. In the later stages of pregnancy from the nipple may leak colostrum.

During pregnancy the cat changes not only on a physical level, it changes character. A pregnant female is constantly trying to attract the attention of the owner, constantly needs affection. 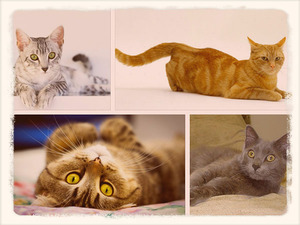 However, if the cat in the house not her, but there are other inhabitants, they by a pregnant mother can be configured extremely aggressive.

One of the obvious signs of pregnancy in female fluffy is her constant sleepiness. The animal sleeps almost constantly, it becomes a lot less active than usual.

One thing worth mentioning is that the cessation of estrus does not mean successful conception, but it can also be an indicator of the presence of other signs. 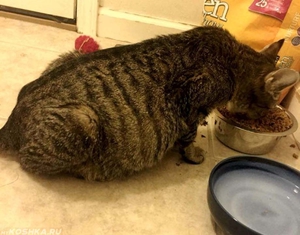 To determine oplodotvorennogo pet cat is actually a snap. In the last stages of cat pregnancy animal breeds.

This usually occurs three weeks before the due date. Cat actively looking for a warm cozy place and hide in quiet corners. 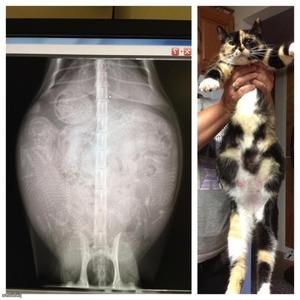 Despite the abundance of visual signs by which the owner can determine the pregnancy of your cat, they are extremely reliable. How to understand that a cat is pregnant?

Early diagnosis of pregnancy is not easy even for experienced veterinarians. To diagnose an interesting situation pet may not be earlier than twenty days after the alleged conception.

To obtain reliable information should conduct a specialized ultrasound which give an absolute answer to your question.

Before conducting an ultrasound a cat, you need to prepare. About it will tell the veterinarian. Ultrasound will not only confirm the fact of pregnancy of a cat, but will also give the answer to the question, how many kittens are waiting for a future mother. Also this study will show the possible pathology in the development and will allow time to provide assistance when needed.

Some breeders wondering how to know about pregnancy nursling with tests? Of course, we are talking not about tests, used by women. Currently veterinary pharmacies it is possible to find a test for cats and dogs.

However, this method does not give absolute confidence in the result. In this disease like ovarian cyst, pregnancy test showing a positive result that is false. 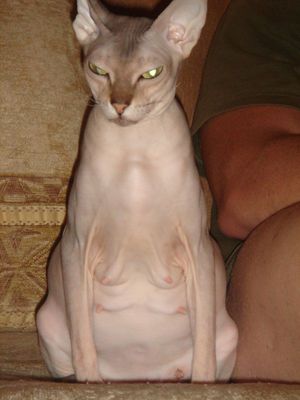 Often, cat owners notice many signs of the coming of the cat’s pregnancy, but after a while, the delivery did not come. In this situation veterinarians called “false pregnancy“. This pathology affects both mental and hormonal system of the beast. Unfertilized female experiencing all the signs of the onset of fertilization.

The reasons for this pathological about pregnancy: 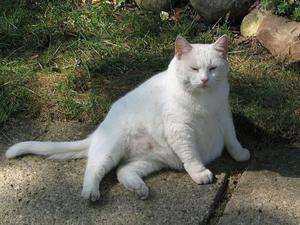 When false pregnancy animal also eats a lot, moves a little and needs attention. Two months after the alleged mating, animal breeds. It may even increase the stomach and even may receive colostrum from the nipples. In General, all the signs are the same as a true pregnancy.

This situation is very complicates the timely detection of pathology due to the fact that many owners saw the symptoms of pregnancy, refuse an ultrasound. A false pregnancy can diagnose only vetbased on the results of ultrasound examination of the uterus. 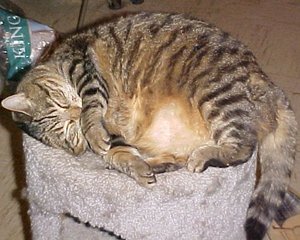 This study determined the lack of embryos in the uterus and the presence of pathology. The treatment will take a qualified veterinarian. Therapy will depend on the causes of false pregnancy. Often it is necessary to apply hormonal preparations.

To determine false pregnancy on ultrasound to the vet a cat must bring 4 weeks after the alleged conception.

Timely diagnostics of pregnancy in cats will allow the owner to create the necessary conditions for pet, to rule out possible pathology and to a healthy offspring after birth.

2 Comments on “How to understand and determine that a cat is pregnant?”