A pregnant cat requires protection and careful maintenance. During this period, the owner feels responsible for the condition of the cat before the appearance of progeny. Subject to important recommendations to preserve the health of pet is not difficult. 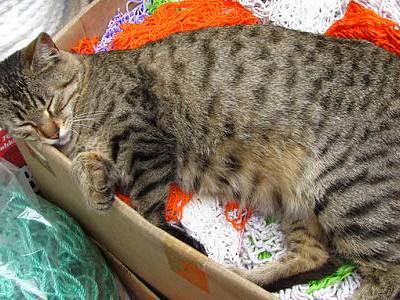 When and how often pregnancy occurs in cats

During mating the egg is fertilised and the animal is pregnant, which is possible only during estrus in about 24-50 hours. The third day from the onset of estrus is considered to be favorable for conception.

The number of cases when the pet becomes pregnant, depends on the number of chutes, which are determined by its temperament. In modern conditions the animals often walk and give birth to an average of 4 times a year.

On the advice of veterinarians, pet is shown to give birth to no more than 2 times a year, so that the body has time to recover and avoid its serious depletion. A few clubs indicated that a cat can give birth 3 times a year.

At what age begins the first pregnancy in cats 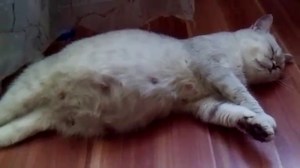 Once the animal reaches puberty, she is ready to conceive. This ability depends on the breed and it happens in 6-18 months of age. Professional breeders are aware that the age of a year pregnancy can affect her health not the most favorable way, so spend the first mating at the age of 12-14 months.

After a 6-year-old age, the ability of the female to conceive is reduced and late delivery fraught with complications not only for her but for her offspring. To fit in with the cats and they continue in a later age, but pregnancy occurs in rare cases, or not happen at all. Therefore, to maintain the health of the animal is recommended for neutered cats and sterilized cats aged 6 years.

How to determine pregnancy term of a cat

Methods of diagnosis of pregnancy there are several ultrasound, palpation, x-rays and external examination.

When conducting a visual inspection to determine: how the enlarged mammary glands, changing the behavior of pregnant cats, change of body shape and increase in size of the abdomen. To identify these characteristics becomes possible after 35-40 days from the moment of conception.

Palpation of the abdominal wall helps to identify the seal in the uterus and the fruits at the later stages of pregnancy. For this animal is put exactly on my feet, calm and put their hands to the stomach and palpate carefully beneath the lumbar vertebrae, in order not to damage unborn offspring, and not to cause premature birth.

In the control of mating to the owner of the cat is easier to determine the onset of pregnancy, it occurs 2-3 days. If the animal is walking who knows where, to more accurately determine the duration of pregnancy can only vet.

Alone we can only visually assess changes in the condition of the animal, if the abdomen is large, it is nearing 8 weeks.

How long is a pregnancy for cats week 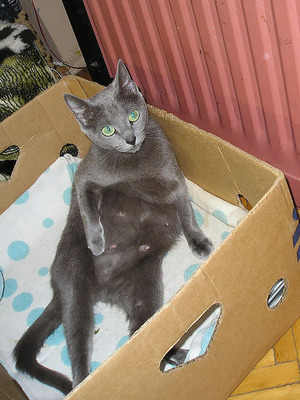 The duration of pregnancy in cats is on average 9 weeks but there were cases when the birth took place 72 days after conception and appeared healthy kittens. Young cats number of kittens less than 3-year-old, which can reach 8 or more individuals.

In the first week the fertilized egg moves to the uterus and during this period, the owner is difficult to determine a pregnancy cat. In this period, with the cats mating with different males to get a subsequent litter from different cats.

By the second week (8-14 days), the egg reaches the uterus and is immersed in it, and then starts the fission process.

On the third and fourth week (14-28 days) in embryos developing organs, causing the cat abruptly hormonal changes. During this period it is already possible to recognize a pregnancy of a cat to change her mood, appetite and external changes in the nipples.

By the fifth week ultrasound, the veterinarian determines how many kittens the cat is carrying during pregnancy.

The quickening of the kittens begins at the sixth week(35 days), easy to feel if the cat is not too fluffy.

By the seventh week, her condition is getting much better and there is a good appetite.

At the eighth week, the cat is often takes care of herself, her nipples can be detected dried milk, appetite decreases because the grown kittens squeeze all the space in the stomach, and the cat tries to find a secluded place to give birth.

With the onset of the ninth week (56-62 days) begins a crucial moment, very close to the delivery date and from the vagina of cats begin to appear reddish discharge. This process is quite natural and the more abundant the selection, the faster the onset of childbirth. They may begin at any time, as kittens grow very quickly.

Delivery date can be determined by the behavior of cats:

Delay delivery 5-7 days is considered normal, and early birth of kittens a week before period can have a detrimental effect on their viability.

Nutrition of a pregnant cat

During pregnancy buy special balanced and complete feed. If a breeder uses in the diet of cats ready to feed and prefer natural food, it is necessary to maintain control over the content in food a sufficient amount of minerals and vitamins needed for proper development of the kittens in the womb.

In the first weeks of pet feed a couple of times a day, normal portions, and from the third week, increase the dose and the animal is transferred for the meals. With the growth of kittens in the womb the appetite of cats is increasing, but at a time to eat a normal portion of food it becomes very difficult, so the frequency of feeding was increased to five times a day, reducing the dose.

Prevention of parasites and vaccination of pregnant cats 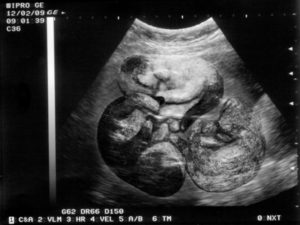 With the onset of pregnancy, the control of fleas, ticks and blasedale should continue, as the parasites are carriers of various diseases, which are harmful has an effect on the condition of the cat and its offspring. Most of the tools contain pesticides that are absorbed into the blood and are a direct threat to the life of embryos and affect the course of pregnancy. After use of these drugs possible miscarriages, deformities, pathology, frozen pregnancy. It is recommended to use only one tool – stronghold, not containing pesticides.

Vaccination of pregnant animals is impossible, so vaccinations are for two months prior to mating. The worm pill give for a week before meeting the cat, as during pregnancy it highly susceptible to toxic products.

Pregnancy, childbirth and “empty” estrus Deplete the body of a cat, so you must strive to strike a balance. In extreme cases there comes a “false” pregnancy is a natural physiological process, in which the cat becomes inactive, sleepy with increased appetite.

If any dangerous symptoms should immediately consult a veterinarian.

When manifested pronounced symptoms, a strong increase of the abdomen, the milk, the darling of the nurses the kittens and a Jack, you need to go to the vet to identify the “false” pregnancy.

When the owner against the birth of kittens

With the first signs of pregnancy the animal sterilized. This method is the safest for her health. In the later period the conventional sterilization becomes a complex operation, during which removes the uterus and embryos.

There are less secure ways of terminating the animal, is fraught with problems:

If the kittens had grown up, a veterinarian can refuse to conduct operations based on ethical considerations.

How to avoid pathologies

In order to preserve the health of a pregnant female and do not hurt her future offspring, you need to consult with your veterinarian for receiving flea and anthelmintic drugs. You need to touch the animal gently, not pushing on the abdomen. Do not use antiseptics that are intended for humans.

During pregnancy the cat may develop pathology:

Any change in the status of a pregnant you need to see a specialist. Anxiety symptoms can be: bleeding, protrusion between the penultimate and the last pair of teats, poor appetite and weakness, the miscarriage, the stress of the peritoneum.

For home cat, you need to prepare a place for birth in the street is likely to get an infection.

In rare cases, after first insemination pregnant again is on the hunt and there is a second fertilization. Causing after birth killed the offspring that hatched less. Possible second delivery in a week after the first, the kittens are born healthy.

If the birth became protracted, and the animal feels bad, it is better to seek help at a local veterinary clinic. During the year the pet can breed several times and you have to be ready for it.