Ligfol is a modern immunomodulatory tool that is used for the treatment of cancer in cats and dogs. Ligfol is well established in the treatment of breast tumors, venereal sarcoma, ganglioma, proliferative mastopathy. 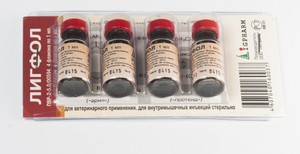 Even one dose of the drug has prolonged action. Humic acid entering the body, gradually get into the bloodstream and have a gradual therapeutic effect. 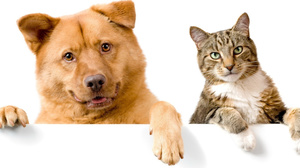 The drug is effective for the treatment of wounds, burns and injuries. It is used for healing of stitches. The drug can be used in the form of intramuscular injections, and for irrigation of the damaged surface.

The use of Ligfol in the treatment of diseases of infectious origin or before vaccination enhances the immunity and enhance the response of the organism to other drugs. Ligfol helps to shorten the period of treatment and to facilitate the recovery of your pet after an illness.

Ligfol known hepatoprotective properties. This allows the use for the treatment of hepatitis in cats and dogs, as well as diseases associated with lesions of the liver: infectious diseases, piroplasmosis, a number of chemotherapy drugs.

The composition and form of issue

The main active ingredient is humic acid, which is produced from wood lignin. It stimulates the animal’s immune system and has antioxidant properties. Also, the drugs are excipients: sodium pyrophosphate, sodium chloride and demineralized water.

The drug is a liquid for injection is a dark brown color. 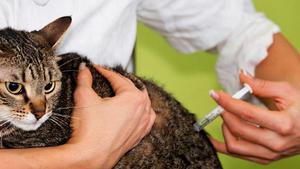 Ligfol is an antioxidant and immunostimulatory agent. After getting into the body stimulates the phagocytes, that is, there is activation of the immune system at the cellular level. Cellular immunity allows the Pets to remain healthy and active when the negative effects of the environment, to resist the action of pathogenic microorganisms. The drug’s effectiveness is proven when used in stressful situations.

The most commonly used Ligfol in complex treatment of cancer in cats. Since its use helps to slow the growth of tumors and metastasis. Ligfol supports an animal’s body after chemotherapy.

The drug used as a sedative and helps to eliminate the effects of a stressful situation in a short time.

The indication for the use of Ligfol is:

Kittens and puppies the drug is prescribed to enhance immunity. Ligfol promotes active growth and development of young animals, it is especially important for lagging puppies of their litter.

Ligfol can be used as a standalone drug or as a preventive, and immune-boosting tools.

Ligfol can be used to stimulate the reproductive system of dogs and cats. Its use has been demonstrated before mating.

The drug is administered by intramuscular injection , given the body weight of the animal.

FOR the treatment of burns and wounds the medicine is used in the form of compresses.

Ligfol for dogs non-toxic and safe. A small disadvantage is the painful sensations experienced by the dog during the injection.

The drug has no side effects. Very rarely in animals may slightly increase the temperature. State stabiliziruemost independently and does not require discontinuation of the drug.[embedded content]

For my Cocker Spaniel we used Ligfol. Before the dog several times born dead puppies. The injections given the heat. In the last litter there was not one dead puppy. Babies are born strong and active.

Ligfol was used in the appointment of a veterinarian for the treatment of postoperative sutures in dogs. After Ligfol the dog quickly went on the amendment. The wounds quickly began to heal. Currently still in recovery, but positive results are already evident.

Ligfol helped extend the life of our favorite for several months. The cat underwent long-term treatment with strong drugs from cancer. Recently he lost his appetite and became lethargic. The physician used Ligfol, which helped to alleviate the condition of the animal.

5 Comments on “Ligfol for cats: instructions for use”