Mastitis is called the inflammatory process that occurs in the mammary glands. Occurs , as a rule, pregnant and nursing cats, but in some cases can be caused by other causes. The disease is extremely unpleasant and painful for the animal, and in some cases can be dangerous. The owners need time to recognize mastitis in cats and how to take steps to get rid of it. 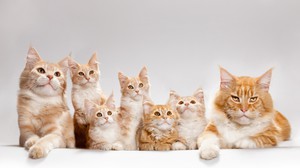 The main reasons cited are the following:

On the occurrence of mastitis is influenced by the breed or time of year. Seen only the relationship between age and risk of developing mastitis, but is caused rather by reduced immunity related to age-related changes.

The main reason remains stagnant phenomenon in the period of feeding kittens, otherwise known as lactose. Because of incomplete bowel movements milk in the mammary glands of a female starts the inflammatory process. The inflammation does not occur quickly, it is provoked by bacteria that get in a favorable environment. The rest of the milk in the milk ducts and is the enabling environment, which is so fond of bacteria.

In order to have a nursing cat mastitis was not, help her to get rid of milk. The young and healthy cats from stale milk mastitis most often occurs. In the case of a weakened immune system increases the risk of disease in half. Especially if the nipple cracks.

Another reason for the occurrence of mastitis may be a false pregnancy. This is a rare disease that occurs when hormonal failure. The animals starts to increase the stomach and Breasts. The state itself is harmless and completely natural.

In the wild females with these symptoms usually begin to feed and nurture the abandoned children of others. So, nature has taken care of the conservation of populations among animals. But for the domestic cat false pregnancy phenomenon completely unnecessary. Treatment is fairly easy with the help of special preparations and takes a short time.

There are cats that are, unfortunately, predisposed to this disease. Have them every pregnancy and feeding ends mastitis. For these animals, there are medicines that help to endure the difficult periods of life.

To figure out if your cat mastitis by the following characteristics:

Sometimes mastitis goes without any external signs. It happens that animals increased body temperature and no redness of the nipple. In such cases, you can identify mastitis on the behavior of kittens. They have no desire to have milk, as the taste changes dramatically. Kittens losing weight and constantly whining. The cat becomes restless and tries to help herself licking Breasts.

In this situation will help the vet. Don’t delay a visit to a specialist, after all, at stake is not only the health of the mother-cats, but kittens. To treat the animal immediately. In addition to treatment, provide the patient proper conditions for rehabilitation.

Shared by mastitis by the nature of the flow:

In the absence of proper treatment of these types flow into one another, and sometimes even exist at the same time.

Mastitis in cats treatment at home

Even if you think that you are properly diagnosed, you still have to go to a veterinary clinic. It is necessary to ensure that no other serious diseases with similar symptoms to mastitis. Don’t leave the disease to take its course. The principle of “itself somehow go away” may not work. Home purebred cat does not have the same immunity as their relatives in the wild, and has lost many of the skills inherent nature.

If you notice that the cat still has a lot of milk, which is already beginning to stagnate, apply kittens for nipples so they can suck all of the milk ducts. If the cat allows, you can Express yourself. In any case, do not use the compresses for the treatment of mastitis in cats. Especially warming. Thus, you will only accelerate the growth of bacteria. In the ducts will increase the number of pus and the glands will become crimson-Burgundy color.

If these methods failed, to prevent the second stage of the disease should be attributed to the animal doctor.

In addition to the medication, which will appoint a veterinarian, there should be some set of measures in the home. 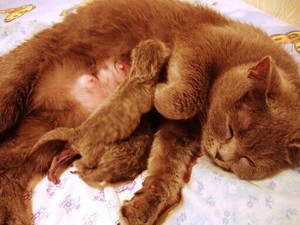 In order to reduce milk production, if not stop it, the cats outweighs the mammary glands. To do this, take a dense natural fabric, scalded her with an iron and tie the animal. It is advisable to use the services of a vet, but you can do everything yourself. Most importantly, the cat was free to move, and ligation is not particularly distress her.

If mastitis has been festering, kittens stop feeding breast milk and is transferred to the artificial feeding. From the mother’s diet clean feed containing the moisture milk and reduce the amount of water. Thus, we can slightly reduce milk production.

Launched purulent mastitis in cats with a huge number of bacteria are very dangerous for kittens. In some cases it can even lead to death of babies. During treatment necessarily tied nipples that the kittens got to them. Feed your kittens on time, not leave them hungry, or they may want to break the patch or to move it to get to the food. Kittens continue to be fed with milk, but only through a dropper or pacifier as children.

If the purulent mastitis, a veterinarian decides to open it and clean the ducts. Then the cat is given a course of antibiotics. If the pain from mastitis is strong, then the animal is likely to prescribe procaine blockade. Solution with antibiotic is injected with a syringe directly in the nipples, after will be strained all of the milk with pus. The animal then tie a scalded cloth or bandage. 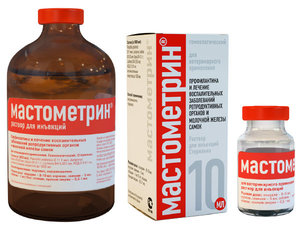 As drugs against mastitis use the following tools: Mastometrin and Travmatin. Mastometrin give the animal half a milliliter in the week immediately after the appearance of kittens. Travmatin is antiseptic, which prodded the cat twice a day, one milliliter.

Something to ease the patient’s condition, use camphor oil. They lubricate the nipples, after mixing with the Caffeine. On top of it is fabric and after a time wash off with warm water.

In order to protect home favorite against mastitis, follow these rules:

Remember that mastitis in cats can lead even to death of the animal. Treat this disease with the utmost seriousness.