Urolithiasis is characterized by the formation in the bladder and urinary tract of the animal urinary sand and stones eurocontinental, which in themselves are not dangerous to the animal, but can help create the conditions that cause great harm to the health of the animal. 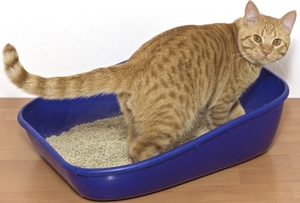 In the formation of eurocontinental in the body there is a delay in the outflow of urine its infection and reverse throw in the renal pelvis and tubules that during exacerbation of the disease can lead to kidney failure and death of the animal.

Kidney stones and sand can damage the mucosal surface, resulting in severe pain and bleeding.

Most frequently in the urine in cats are formed struvite. Stone formation is associated with an excess of phosphoric acid in the body. The reason for their formation is excessive amounts in the animal’s diet of fish and fish products. Struvite themselves will not cause cat kidney stones, but the result of a genetic predisposition of the pet, sedentary lifestyles, infectious diseases or excess weight they will speed up the development of the disease.

Salt of oxalic acid, the oxalates are formed by systematically eating a diet that contains nuts, seeds and cereals. Because these products in the diet of cats are a rarity, the formation of oxalate occurs infrequently.

Urate, salt of uric acid formed in the decay of the nuclei of the cells, release nucleic acid, and its conversion to uric acid. This occurs in excess in the diet of cats of animal protein, or finding a pet in the area to high levels of radiation.

The causes of kidney stones in cats

ICD cats may develop under the influence of external and internal factors. Urolithiasis is diagnosed in cats from one year to six years. Due to the anatomical features of the urinary system, cats get sick dangerous disease more often than cats. However, the risk of developing urolithiasis in the cat is still there. The greatest number of calls to veterinary clinics with symptoms of ICD occur in spring and autumn.

This happens for several reasons:

Most owners of cats think that urolithiasis can develop only neutered animals. But it is not, neutering will cause the disease if it is conducted at too early an age and excretory system of a cat is not completely formed.

On the development of urolithiasis in cats has exposure to extremely hot or cold climate, in which animals can be increased or reduced urges. At high temperature the primary urine in cats is very rare and in small quantities, so it is excreted in a highly concentrated form. Cat drinking water has no effect on the animal body, is an increase in the level of salts in the body and decrease acidity. Rocks are formed from accumulated salt crystals.

From the consumed amount of cat protein depends on the content in the body of the animal urea. Its abundance is a violation of metabolism. For the prevention of urolithiasis in cats should be to reduce the content of protein-rich food. In this case, you should maintain a reasonable balance, since a vegetarian diet or a large amount of milk can lead to an alkaline form of ICD.

The diet of the animal must be a reasonable amount of foods rich in vitamin A: vegetable oil, raw and boiled carrots. Very often the deficiency of this vitamin leads to disruption of the liver and the formation of urinary sand in the kidneys and the ureters.

The development of urolithiasis in the cat may be associated with excessive production of parathyroid hormone that is given to increase the blood levels and urine calcium.

The peculiar structure of the urinary system of the cat is the curved shape of the urethral canal, which changes its position before the penis bone. On the bend there is a delay and the accumulation of urine. During sterilization at an early age the urethral canal does not have time fully to develop and maintain a small diameter tube. 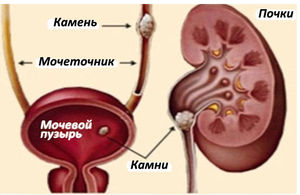 Such pathological States of the gastrointestinal tract, as gastritis or colitis can lead to disturbance of acid-alkaline balance. in turn leads to a reduction in the excretion of excess calcium from the body.

Infection of the urinary system caused by pathogens that have penetrated from the intestines, genitals or urethra.

Infectious disease may occur also as a result of urinary retention in the body, which is associated with the presence of stones.

The signs of kidney stones in the cat are:

When the first symptoms of kidney stones in cats should immediately contact your veterinarian, who will conduct biochemical research of urine, which will set the level of uric acid, the presence of oxalates, calcium, sodium and magnesium. These figures help to establish the type of stones in the urinary system of the animal. 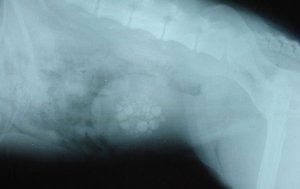 Ultrasound examination of the bladder and kidneys will help to determine the size of the stones and the presence of sand in kidneys and bladder.

If necessary, can be conducted radiographic examination and CT scan to confirm the symptoms.

Treatment of urolithiasis in cats at home is possible only after consultation with a specialist and conduct a full diagnosis.

For the treatment of ICD used conservative and surgical treatment. Surgery will help rid the animal of stones and permanently solve the problem of the disease.

If difficult urination unable to empty the bladder by using a catheter, resorting to surgery, in which damaged open the body and clean it. Then inserted the tube through which the removal liquid. Tube is removed when signs of improve the condition of the animal. The operation is performed under General anesthesia, the recovery period takes place within 14-30 days.

Conservative treatment of urolithiasis is carried out with the use of drugs that relieves spasms and pain. It also aims at reducing inflammation and suppressing the infection in the animal.

If in the urinary bladder of the cat discovered the concretions of small size, for treatment using antispasmodic drugs, antibiotics, and immunomodulirutee drugs. The animal is assigned a special therapeutic diet. 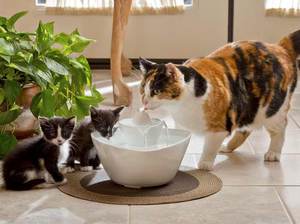 The main aim of prevention is to prevent the recurrence of the disease.

Experts advise to adhere to the following guidelines:

Veterinarians recommend feeding pet, monotonous food. The diet should be varied and balanced. For drinking it is better to use bottled or hard water. Exclude from the diet products, milk and cottage cheese. Eat beets, cauliflower, steamed rice, porridges from various groats, small amounts of boiled fish.

12 Comments on “Urolithiasis in cats: causes, symptoms and treatment”