These wonderful creations win not only extremely serious, but also long beautiful hair. 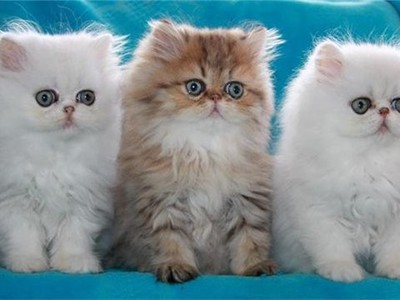 Oriental warm and slow, they give their owners affection and a lot of positive emotions. 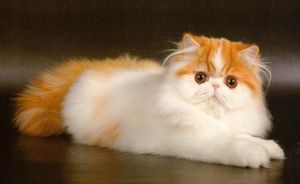 History of Persian cats began in ancient times. In the East there is a legend that these furry creatures created by magic from the light of the stars, the swirls of smoke and sparks.

Beautiful story completely fits their image. But the real origin story will remain a mystery of ancient times.

But, the further spread of the Persians over the world completely monitored and therefore is more prosaic. First breed members arrived to Italy in 1620 through Pietro della Vella, traveler and writer. A few years later, they appeared in France, where they were taken from the Turkish Angora scientist Nicole-Claude paints de Paris. Cat immediately captured the heart of cardinal de Richelieu, who eventually gained great popularity among the French aristocracy.

Because in France these fabulous creatures came from Angora, they were called — Angora. While representatives of the breed, living in Italy, was called Persian. This discrepancy has led to the fact that, after entering the UK are not only different names, but the selection work with each kind. The result was two different branches of the breed who have left the original names of the Persian and Angora.

In 1887 the breed was officially registered. It happened in the UK, where he actively carried out breeding work. But the two branches did not stop. In the late nineteenth century the cat came to America, where it became equally popular. But the Americans came up with creative breed, reinterpret some of its standards in their own way. As a result, major distinctive features acquired some once the exaggerating: the body became heavier, the nose is shorter. Flatter face and wider-set eyes completed the picture.

Such changes have led to some health problems. Cats have a bad bite, it was hard to breathe. Veterinarians do not approve of these alterations, but, nevertheless, the American type of the breed spread to the U.S. has become more popular British predecessors. However, the selection work is not finished and to this day, so the Persians can gain some new features.

Also Persian cats are actively involved in the breeding and development of other species. For example, very often use them to increase the thickness of the coat or to reinforce the Eastern line. So the Persians in varying degrees, present in many modern breeds.

The appearance and character of 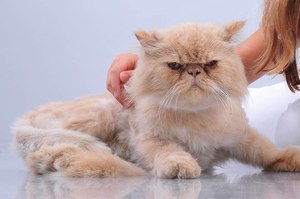 The sullen expression face and snub nose — that’s the first thing that comes to mind at the mention of Persian cats. But the official breed standards is not limited to these two distinctive features.

They include the following features:

The number of colors is so great that such a variety can be lost. Persians can be black, Golden, blue, tortie, tabby and many others. However, selection works in this direction are still ongoing, so in the future we can expect the appearance of new shades. 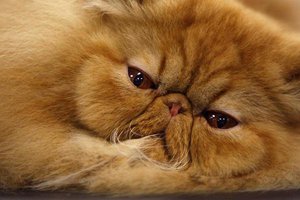 At some period of time the Persians had developed a reputation as reclusive and sometimes aggressive animals. The reasons for this popularity are unclear, since such a description of the nature very far from the truth. The Persians independent, it is a fact, but kept within the rules set out in the host family. However, the same respect they expect all the inhabitants of the home. If it turns out that the rules are different, the pet can even earn depression. Although it is over quickly.

They should not have a grudge, so can’t wait for the vengeful spoiled sneakers. Persian cats are generally very polite and friendly. Due to their intelligence and ingenuity they very quickly learn all the tricks of the cat’s life at home. The habit of going to tray and use the kittens usually easily purchased even in small Persian kittens.

Another advantage of this breed is a delicate communication. Persians have a quiet pleasant voice and phlegmatic temperament, it’s never loud cries in an attempt to attract attention. Even during the courtship of the opposite sex these aristocratic pussies behave extremely culturally.

On the whole, the Persians are very peaceful, even the hunting instinct in them is not included in the form of a running mouse. But still, in the case of an emergency, they can efficiently take care of himself. Attacking the Persian is a rare sight, but impressive. And when the battle’s over, the cat will quietly go to your favorite sofa, eyes turning back to brooding phlegmatic. 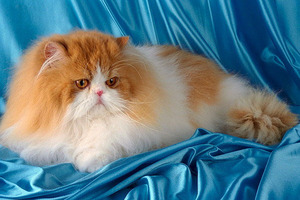 Despite the phlegm, the Persians are very curious creatures. So from them, like small children, need to hide everything that might be dangerous: medications, cleaning products, nails, needles and small toys.

If the house dressed Christmas tree, then it should be no tinsel, no “rain”, because the pet will definitely be interested in them and try to eat. But it’s extremely dangerous.

On Windows, you must install a lasting mosquito nets. Washing machine and dishwasher be sure to check before you start on the subject of sudden the presence of a cat. During cooking, the animal is generally better to keep away from the kitchen as upset over the pot of boiling water he does not hesitate. In General, the need to protect the pet from anything that might be potentially dangerous for cats.

The Persians are quite demanding and care. This primarily refers to the hair.

Long and thick, she can look gorgeous only if you regularly perform the necessary procedures. 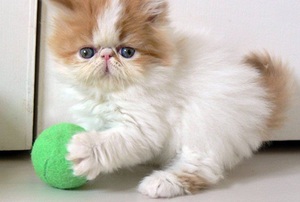 The representatives of the Persian breed of cats are extremely like to eat.

If you give them unsupervised access to food, obesity is virtually guaranteed.

Therefore, the diet of the Persians should be carefully planned in regime, and composition. Feeding an adult animal should occur twice a day at most.

The best option would be quality dry food, which is balanced with all the nutrients, vitamins and minerals. In this case, the task is very easy: you simply need time to measure the amount of feed in accordance with the packaging regulations.

You can feed and natural food, although it is more time-consuming process that requires attention and calculations. The basis of the diet should consist of protein. For this cat you need to give meat (not pork), cheese, eggs, various meat products and low-fat cottage cheese. The fish can be given only twice a week. Raw meat should be parboiled before serving.

Also, the diet should contain cereals and vegetables. You can give and low-fat soups. However, all food must be prepared without salt and spices. 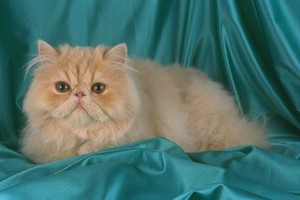 Persian cat reaches sexual maturity at the age of two. At the same time and should be the first binding. Partners should be selected so that they either both were perfect, in terms of breed standards, or had different disadvantages.

The period of gestation in Persian cats lasts from 64 to 72 days. Usually born with 4-6 kittens. Mother cats are very protective of their offspring, but they will not damage the help of the owner. One of the important tasks that lies on the person in this case is to monitor the health of kids. Persian kittens are quite often blinded. To cope with this disease is not always possible. But the sooner you start treatment, the more chances to make a kitten again sighted.

The difficult upbringing of the kittens also almost completely rests on the mother. It will teach your children to use the tray and kittens. But as they grew up, they host can also connect to the process, gradually accustoming the kitten to the rules adopted in the house. The sooner the education, the greater and faster effect it will give. 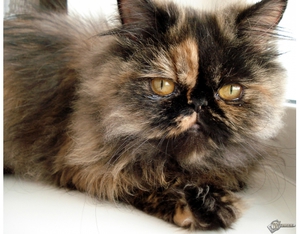 The Persians are not too susceptible to disease, but they have a genetic predisposition to certain diseases:

In order to spot the disease as early as possible to start treatment, need to undergo regular checkups at the vet.

Even taking into account possible trouble with health the life expectancy of the Persians is quite large, it is 15-20 years. With regular proper care and a good attitude these cute Oriental beauties will be for many years and feel good and to give all of the loved ones warmth, love and a sense of comfort.