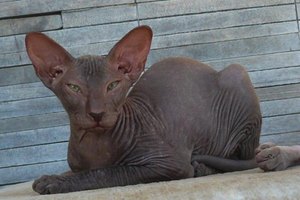 Petersburg Sphynx, Peterbald, he is also very popular in recent times. Despite the fact that the breed is derived very recently, due to its grace, elegance and elegance, it is becoming more and more popular every day. Brought the St. Petersburg Sphinx, as has been said, relatively recently — in 1994 in the Northern capital of our country, Peter. In the breeding of this breed before the breeders had the following goal: to bring those cats, which will be combined with the characteristics of Oriental, amazing and very special beauty inherent in Siamese cats, and originality hairless Sphynx. 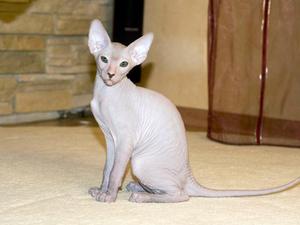 For crossing were chosen are the best representatives of all these species. In the role of “father” made by Sphinx, and “mother” — a wonderful Oriental female. The result is these beautiful gentle, friendly, with excellent posture and expressive eyes, inherited from their parents, not only appearance but also character.

The result was not in vain, it was necessary to consolidate. Did it, crossing bred kittens with different representatives of the Oriental breed. Closer to the year 2000, the Peterbald was recognized by the American Association. And after the official recognition they received from the world Federation of cats.

Petersburg Sphynx — a truly unusual animals of astonishing harmonious appearance, finesse and flavor inherent in the countries of the East. True Peterbald have the following several characteristics: 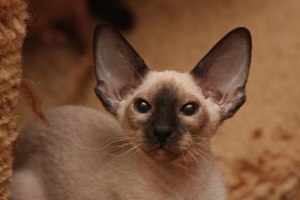 This is the same cat that will enchant you at first sight! Playful and affectionate, the Sphynx immediately become the favorites and loyal friends. They are very loving and will quickly converge with the rest of your Pets, whether dogs, cats or even parrots.

For the safety of the children, too, worry should not. These cats will never catch the kid, they will be great babysitters. 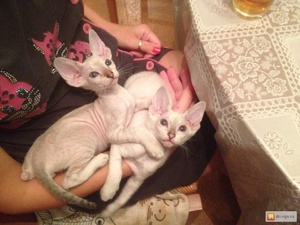 Don’t get a cat of this breed, if you’re a busy man. They can’t stand alone and requires constant communication. It’s not the arrogant feline that will lazily watch you, stretching on the couch. Prepare yourself for the fact that the Sphinx will not depart from you on a step and will go everywhere “tail”. Their behavior is peculiar to the dogs: always interested in what you are doing, joyfully welcoming owners after an absence and loving Pets. So if you want to have a home invisible pet sphinxes do not start. 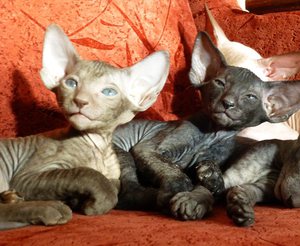 Rest assured that during your absence, the cat will not wreck the apartment. Peterbald can take a long time to get involved with any toy and do not stop your game for hours, chasing a candy wrapper or fuzz. It is worth noting that representatives of this breed are very smart. If you want, you can begin to train. They are fast learner and you will quickly be able to teach them to bring any items to go with you on walks and much more.

A variety of treatments related to hygiene, will bring you great anxiety and discomfort to the animal. They quickly get used to cleaning ears, cutting claws and will not try to escape if you begin to accustom them to such things since early childhood.

Hungry your pet will not stay, because his heart-rending cries will not give peace. The voice of the Sphynx is very strong, so be prepared to endure it in the first year of their life. If the animal will feel something bad, like the hosts of the house, then his screams will be heard all the neighbors. 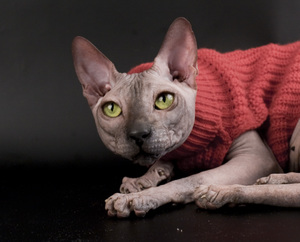 Having Peterbald, be prepared for constant watching of how cold it was in the apartment and if you have closed the window at night so your pet is not cold. Because the absence of hair plays a big role. The temperature in the house will have to watch with special care. It should be noted that not only hypothermia, but overheating can cause very serious health problems of the animal.

Sometimes Peterbald suffer from various rashes, acne and allergies. Keep in mind, there is a probability that you will have to fight throughout the life of a cat. However, allergies can be lost if you move to a place with better climatic conditions.

Not counting these cases, veterinarians have noted that the immunity of Petersburg Sphynx is great. With proper care and caring attitude, you will grow strong and healthy kitty who will delight you with his presence every day.

The contents of the animal

Care this breed is not cumbersome, but has its subtleties. All depends on your cat and its fur. Many owners Peterbald trying to deal with secretions on the skin of the cat, which they mistake for dirt or sweat. 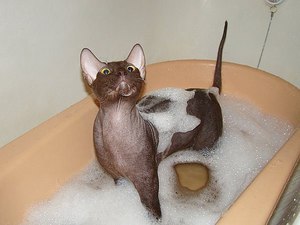 Actually, this is specific and a little sticky grease, the presence of which is vital to cats lack of hair. It helps the skin to remain pleasant to the touch, soft and not chapped. It is not necessary every day to wipe her, but times in a week to redeem your pet will not be superfluous. To use is the shampoo for cats with sensitive skin.

Cats are non-aggressive to the water, and swimming for them not bear any stress. However, some breeders believe that this procedure harms the sphinxes and prefer to wipe their skin with wipes that have been soaked in oil for babies.

Carefully clean cat ears and long claws. Thus, you will be able to get rid of many health problems pet. 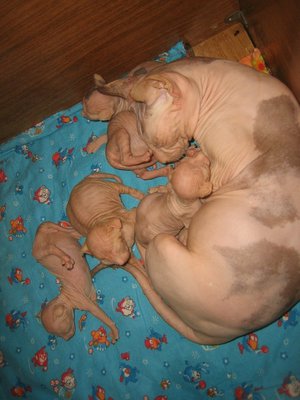 Female Peterbald — a great mother. They carry infections around five kittens and do not depart from their offspring for a minute. Interestingly, each of the infants can have its own unique appearance, unlike his brothers and sisters. But do not hurry to determine which varieties are your kittens, it is possible to detect when they reach a certain age. Petersburg Sphynx is so responsible and a good mother that will gladly take under my wing and other people’s kittens.

It is important to know that it is impossible to separate kittens from the mother earlier than after three months from their appearance. Otherwise, they will not be able to fully develop and the stress of early separation from his mother would entail a lot of problems.