Cat breeds a great many. One of the most luxurious is considered a British chinchilla. This is a breed of cat with a particular coloring of hair and bright blue eyes. They are not like other cats and are of an incredibly beautiful coat. Chinchillas are very healthy, calm cat, but they require special attention. In this article we will discuss the breed in detail.

In the nineteenth century breeders tried to get the unusual color of their fur by crossing Persian cats with the British. Subsequently began to introduce cat tabby, who are known for green eyes. But the color still turned out not so, as planned, so the breeders Persian cats were introduced into the crossing, and that was the conclusion of such a chic color British chinchillas.

Now chinchilla color are British, the Persian, and Burmese cats, though the first bearer of this coat was a Persian cat.

British chinchilla is quite a large cat weighing up to seven kilograms. Chinchillas huge bright eyes and thick fur.

These cats are affectionate and calm, they love to play with children and owners. If you don’t pay attention to them, these cats will feel lonely and become sad and lethargic. 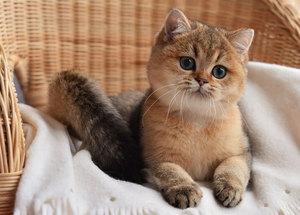 Do chinchillas really appreciate personal space, and if their Pat at the moment when they don’t want, the cat immediately runs away and may even scratch.

Definitely need to control the power of the British chinchillas, because they are prone to weight gain.

Other features of this breed include: 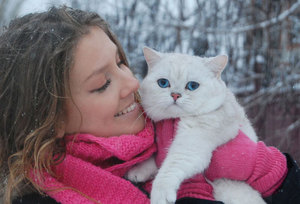 Since chinchillas are the owners of thick hair with the undercoat, they require a more thorough care of his coat. British chinchillas should be thoroughly brushed twice a week, specially comb. There are also special tools for the grooming of such animals. You can use a dry shampoo that helps to cleanse hair without water.

British bathing chinchillas is recommended not more often two times a year. Too frequent water treatments can cause problems with hair and skin.

Sure weekly is necessary to examine the ears of the animal and ensure that there is no accumulated dirt. To clean the ears need a cotton swab. Eyes cat should be wiped daily with a soft cloth dampened with warm water.

To walk any specific cat on the street or to spend a lifetime in the apartment – it’s an individual question and it is resolved by the host animal. These cats will love to play in the garden or the street. In this case it is necessary to wear a cat collar from parasites. 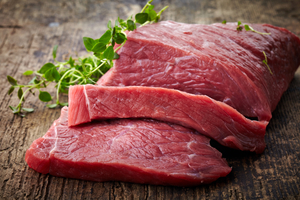 Food British chinchillas should be varied, and, most importantly, enriched with all necessary vitamins and minerals. You can use ready to feed premium. Definitely the cat should always be a bowl with clean drinking water.

If the hostess decides not to buy cat food and feed your pet natural foods, then the diet of cats should look like this:

But still need to give preference to chicken, rabbit and other lean meats. Fish can not give more than 2 times a week and only cooked. Dairy products (yogurt, sour cream, cottage cheese) is also not recommended to give very often. You can give porridge, boiled vegetables.

To feed a cat needs 2-3 times a day in small portions, to not overeat, as this breed is prone to obesity.

If you feed your cat the foods that contain vitamin a, snow-white hair, it can darken. Vitamin a is found in such products:

If the food fit the cat it will be seen by the condition of its coat – it will be shiny and silky, and the cat is active and playful.

These cats have fairly good health, but still this breed has weaknesses. Most chinchillas get sick:

Vaccinations British chinchilla must have from the age of 1.5 months. Re-vaccination has to be completed in 3 months. Further vaccinations should be done once a year.

When buying British chinchilla you need to pay attention to the parents of the kitten. If the color of their hair does not meet the standard, then, most likely, the kittens from them will be even more non-standard color. 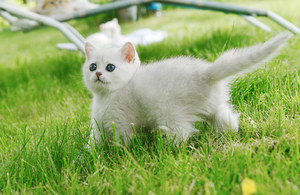 Definitely need to ask the breeder about the parents of the kitten hereditary or chronic diseases.

Cost is a miracle to be depending on the conditions of detention, the availability of ancestry and the purpose for which the kitten is purchased. In the nursery, you can find a kitten for 2000 rubles, and if you need exhibition kitten with a great pedigree and the best food, the amount will be about 25,000 rubles. 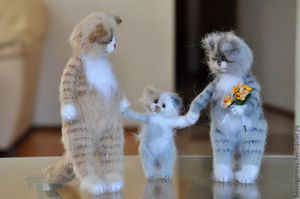 Due to the fact that the mating of this breed possible deviations in color, breeders reduce chinchillas in a very narrow circle of individuals.

Nurseries for British breeding chinchillas is very small, so finding a partner is problematic and very expensive.

To chinchilla chose as pair for mating it is necessary to conduct a complex of measures concerning the health and appearance of cats.

Sure animal need to prolistovat, pass the examination at the vet. Also, special attention should be paid to wool and the appearance of the cat. It needs to be constantly brushed and to follow the diet.

This breed combines the beauty of plush toys and proud aristocratic character. Not to say that this cat is easy to maintain. But to those who will properly feed her and care for her, she will repay you with tenderness, affection and devotion.

Gold British chinchilla gave me for my birthday. This is probably the best gift of my life, my miracle. She’s just like a toy, fur Teddy. And her gorgeous Golden color just does not take his eyes from her. She has become a member of our family. I feed her Royal Canin with. She likes. We see that the food came. Her coat is shiny and she is very active. Getting fat really quickly.

Our neighbor lives on top of the cat-chinchilla. They bought it somewhere at the show. I think this breed is called silver chinchilla British. The neighbor doesn’t let him outside because our yard many ordinary cats, afraid to damage the pedigree. We sometimes took the kids to see it. It is just lovely. His silver fur and very bright eyes make him some kind of puppet. It seems that it’s fake. He very rarely meows, so calm, beautiful cat. We imagine this, of course, not buy, because they are afraid the children will satakat. And, of course, we’re all in love with the neighbor Patrick.

I never knew there are such beautiful cats. When my husband showed me online the cat Golden chinchilla and asked if I wanted this, I replied that, of course, Yes. We went to look for this in the nurseries, it was not so easy. Gold is such a handsome man a lot of money. Care it is simple, we feed him special food, sometimes cheese and fish. Now thinking about buying another silver chinchilla, but I’m afraid they were fighting.

This is our fourth year of living silver chinchilla British breed. We named him Sam. All this time we lived in an apartment and didn’t let him on the street, and last year we moved into the house. Tried to walk our silver handsome on the street. For him it was just a huge stress. He clung to the earth and almost all the time spent was short ears and tail, constantly looking around. After this incident he lived only in one room, and later began to appear. Now he is fully walking on the street, outside the gate, not out. In General, the cat silver chinchilla very homely and calm. She most of the time asleep or resting. But sometimes our worn around the house like mad.

We have in the entrance a woman bought at an exhibition of cat Golden chinchilla. She is a very responsible approach to the selection of a pet and always wanted to participate in exhibitions with this cat. When she brought her home, we asked the bride. Such beautiful cats I have never seen in my life. The cat is not just Golden, it is a copper-peach-Golden. Each of his hairs stretched color gradient. And the touch is just incredibly soft plush toy. Now cat is 2 years and the owner carries it on a variety show, where he sometimes gets the first place.