Affectionate meowing pussies — every child’s dream and a way to relieve stress for any adult. Cats are the only Pets in the world who have been domesticated on their own. Their grace is fascinating, and the love of freedom and rebellious nature attracted to. Even though the specificity of this animal, cats live in almost every family, and their warmth and softness and pulls to touch. 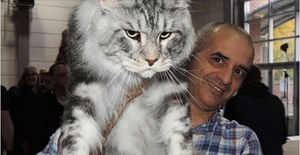 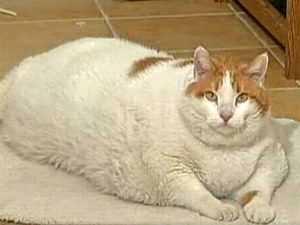 The fattest cat in the world is considered as a pet, Jimmy. It weighs 21 kg , which allowed him to get into the Guinness Book of Records, but, unfortunately, posthumously. The fact that the cat was too lazy, and it provoked such a weight gain. He died at the age of 10 from respiratory failure, because before it just couldn’t move on their own. Waist fat was 84 see Predecessor-the champion of Himi had a cat Spays, weighing 20 kg . 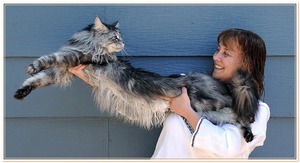 Officially registered the record is long among cats of breed Maine Coon. A cat named Stewie measured from the tip of the nose to the coccyx is 132 cm , which allowed him to get into the Record books at the age of five. According to the owner of the animal, American Robin Hendrickson, her favorite is the most gentle and affectionate creature, despite its size. 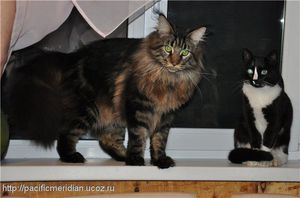 For a long time, the record size of house cats kept of the breed Maine Coon.

It was triggered by the fact that apparently the first cats of this breed were typical color – black tabby. Adults can reach a weight of 10 kg and is externally similar to their wild relatives. The characteristic brushes on ears and skull structure will not allow to mix a Maine Coon with any other breed, and their magnificence and glance visually enlarge the specimens real size. 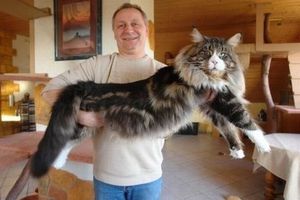 Today the biggest Maine Coon lives in Australia. A cat named Rupert is at the age of 3 years old and already weighs about 9 kg . Many would think that this weight is within the allowable range for the breed and nothing special about it, but Maine coons are gaining a lot more than one year. Most likely, pet for subsequent years will increase the weight by half, which significantly brings him closer to the record and that without progress on obesity. The fact that the size of the cat Rupert is only natural Constitution and well-developed muscle mass. 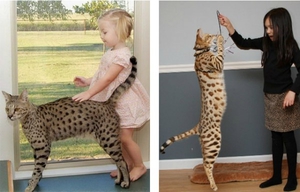 Along with Maine coons official Champions among domestic cats recognized breed Asher. They appeared relatively recently, thanks to the efforts of American geneticists under the leadership of an English businessman Simon Brody. Leopard cats, also known as the breed was obtained by crossing a Serval and the Asian leopard predator. Since the purpose of the experiment was to create an ideal creatures, obtained the animal was named in honor of the goddess.

The appearance of the biggest cats exotic and menacing, although the nature very affectionate and loving.

The cost of such a pet today, more than 20 thousand dollars, but by kitty every owner receives: 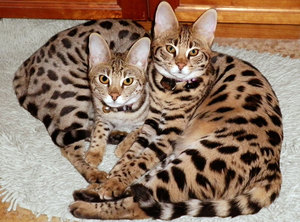 Despite the fact that the usher is officially the most big cats, to compete with him can breed Savannah, which in reality weigh more than 15 kg. the Breed was bred in 80-ies by crossing a wild African cat and home. All this breed are very active, despite the fact that I eat little.

The record growth is representative of the breed Savannah named Trumble — growth of cats is 48 cm, but it weighs only 9 kg . Trumble is listed in the Guinness Book of Records at the age of three and lives with his mistress in the United States of America. 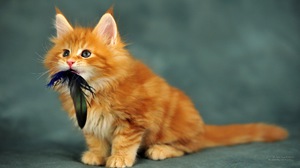 Domestic cats distributed worldwide thanks to a man who does not cease to improve them, constantly bringing the new breed. Large and small members of the species live alongside humans for over 10 thousand years, but their disposition is still fully understood. Fluffy skillful hunters, today there are 256 species worldwide, but who knows how many of them will be in 10 years and how they will look.

14 Comments on “The biggest cat breed: Maine Coon or usher?”