With great difficulty and reluctantly, you can choose the most cute breeds of cats, but it’s not going to put someone in the first place, because all cats are different and beautiful. 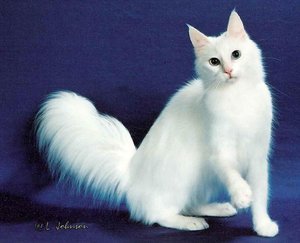 However, those, speech about which will go further, like most people, as they have an exclusive color not found in others, or particular body type.

What breed of beauties are the most famous? Recognized as the most beautiful cats of the world can be called cats breed:

Sleek, extremely flexible and agile , the Abyssinian has an unusual coloron every strand of wool dark rings alternating with light ones. This effect is very weak in other breeds, or absent.

The standard allows four options, and “calling card” was the melodic sounds of “sorrel” — terracotta sand. This breed is considered the first “cultural”, derived by the person. In English cat shows in the late 19th century, it was called “rabbit” due to the similarity in color with the fur of wild rabbits and hares.

It is unknown why subsequently these cats called Abyssinian — never installed, where was in England the ancestors of the breed. There is one peculiarity not found in other: kittens males born in two, sometimes three times more than females. Abyssinians are very sociable, love the owner and always wants him to “help”. 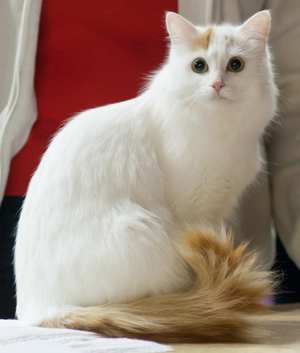 What a spectacular appearance! There is not one breed with the same chic leopard skin: the color she inherited from a wild ancestor, the Asian leopard cat. The body is sleek, muscular, long legs — these cats are graceful! “Socket on gold” — the so-called “signature” color, which everyone will know of Bengal.

And they are recognized by the standard, and no less impressive, there are about 20. It is an active, emotional cat — she really needs attention and admiration (perhaps such a duty, the hosts perform without difficulty).

Solid appearance in perfect harmony with a balanced character: your pet will not take offense to the owner if he would be late for work. British — self-sufficient cats, and quietly endure the loneliness. There are a variety of colors permitted in the breed: all you know of the magnificent stylish blue, but recently breeders have managed to obtain an absolutely amazing gold, which is combined with bright green eyes. 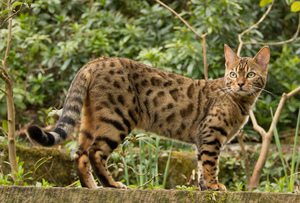 She has a pleasant, condusive expression, amazing, “precious” coat, and graceful figure — she would fit the epithet of “her Majesty perfection.” Like many breeds, the Burmilla came about by accident, by crossing the Burmese and chinchilla Persian cat.

When breeding has produced good results, the question arose about the new name of the breed: it was proposed to call it the first four letters of the breed mother and four of the last color of the Pope. Liked the idea stuck. But the success of Burmilla based not only on appearance, these cats are almost perfect, “human-centred” character.

It would be unfair to ignore the animals, “noble” origin. This is probably the sweetest breed in the world. Most often they are the Pets of the owners, become a therapist and a mascot of the entire family. It is about them, there is a saying: “Without a cat in the house of emptiness”, which appeared a very long time. Do not forget that the ordinary street cats gave rise to all, without exception, the rocks.

Very large cat with a Regal bearing, beautiful thick and long hair, expressive eyes and tufts on the tips of the ears — by a Maine Coon, no one will be quietwithout saying something like: “wow, the lynx” or “that’s a moose.” This is a very old American breed of native origin, and the word “raccoon” (coon) comes from the legend about how the ancestors of these cats came to the Americas.

In addition to the impressive size, Maine Coon is striking in its character: it is smart and well-bred pet, there is nothing “animal” — what one would assume by its monumental appearance. 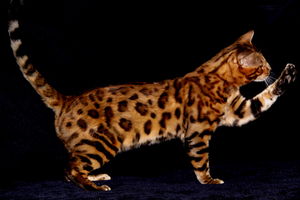 Siberian with a stylish by pointover (Siamese) color. Where did this gene from native cats on the territory of Russia — is unknown, but for its owner and it does not matter. It has all the features and advantages of the Siberian breed, and always noteworthy.

The breed harsh, especially in cats, but a lovely balanced character. This cat-of an intellectual who really appreciate the dialogue on an equal footing.

The epitome of Royal dignity and splendor, a warm and tender lump of comfort — it’s all about her, the most famous cat breed. The Persians have:

Not surprisingly, the Persian cat is not a popular first hundred years. Innate good manners and peaceful, friendly nature fully compensate for the only downside of the breed: a dense woolly coat that requires careful daily care.

It may seem strange, but this breed bred in the UK. The fact that at the end of the 19th century English lady drew attention to a cat that brought a Russian ship from Arkhangelsk. She was an extraordinary, stunning view, like a snow-covered gray wool.

After some time there’s a new breed, with very dense short coat is unique, not found in other color. But this is not the only advantage: Russian blue — cat with harmonious figure, and stunning eye color. So her appearance describe the poetic phrase: “emeralds on the silver.” This is a genuine English aristocrat: always happy to have a chat with the owner, but very caring — knows when he’s busy and doesn’t hinder him. 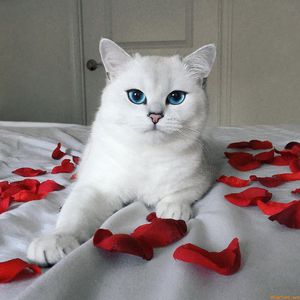 “Curly cloud”, “adorable sheep” — the most frequent words, which are pronounced by the people at the sight of these cats. Coat length varies from short to semi-long, but it doesn’t matter: the animals surprise with their amazing tresses. Among their ancestors were Persians and British, so “cute cubs” great character: quiet and affectionate. They would be happy to sit on shoulders or laps, and purr loudly with pleasure.

Thick coat and solid appearance — the cats of this breed extremely quickly conquered the world with their natural beauty.

This Russian native breed — the first created by the breeders of Russia — the pride of Russian breeders. Siberians are very intelligent and easily trained, never mind playing, but not imposed.

Little cat, very delicate color of ivory, which is unique and is called “Sepia agouti”, with large expressive eyes. Despite the small size, has a sturdy body with well developed muscles. Breed history like a detective: like, in the middle of the 20th century, breeders have caught on the streets of Singapore a few cats, brought to the United States, and after some time came to light the first Singapore.

At one time it was considered a symbol of the island-state, but when interest in these cats grew, it became clear that the story of the ancestors of this breed — probably a publicity stunt, and not completely reliable. But this does not detract from the merits of animals: in addition to its charming appearance, they have a wonderful character, cheerful, sociable, but not Intrusive.

Catchy coat and stylish shoes: these cats always attract attention. “Gloving” gene, who launched the breed (whose name in translation from English — “snow Shoe”), appears regularly observed many street cats, but the American breeders managed to perfect a neat “socks”.

The body of a cat is strong, muscular, but does not look heavy. Because the snowshoe Siamese ancestors, this is reflected in her character: a pet loves his master and appreciates the communication, but it is hard going through if he ignores it.

Gorgeous coat Siamese color, stunning sapphire eyes, and slim, but not thinned figure is a animated character of Eastern legend. The Thai cat is the “real” representative of the Siamese breed, which in the mid-twentieth century were divided into two types (then a different breed): 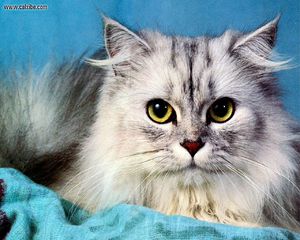 New type left the old name, and is named for the country of origin, Thailand (aka Siam). The main feature of the character of Thais is an incredible friendliness and love to the owner, without his attention so the cat’s pretty upset.

Toyger, looks like a tiger. Only a small, graceful and peaceful. The breed’s name combines two English words: toy (toy) and tiger (tiger), which is completely untrue, it is a playful creation with animal appearance.

The history of the breed is similar to the process of writing a computer game: its Creator most of his life worked as an architect and decided to start “build model” in virtual reality. When she came to the conclusion that the picture on the screen is her dream, began to implement the “project.” And although the breed is not yet fully formed, its popularity is growing rapidly.

In fact, it is a Persian cat with a short “a haircut”. It is on the face of a player so clearly seen indescribable “sweet” expression, hidden from the Persians more than long hair. This is the perfect cat for serious man, whose house is always clean and quiet: they successfully combines the friendly, easy-going Persian character, and chic coat, obtained from Shorthair ancestors that do not require daily grooming.

It is possible only conditionally to highlight beautiful breeds of cats. All of them, with pedigree and without, attached to his master, love to chat and generously to give him tenderness and affection. These animals are very unpretentious, we just need to observe simple rules of their content, and often play with Pets.

8 Comments on “The most beautiful cat breeds in the world”