Dream to have a cute, clever and sociable pet with curved ears? Doubt the purchase because of the stigma that they have health problems and are very demanding in terms of content? Don’t doubt your choice! The Scottish cats are very friendly and cute creatures, they will not cause any problems, for them relatively easy to care for. In this article you will find information about what species are these Scots how to look, how to care for them, feed them and whether they are problematic as they are spoken. 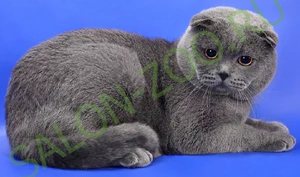 It’s hard to believe, but the Scottish breed appeared not as a result of the ideas of the breeders and their long hard work.

The first kitten, the Scot was the result of a natural genetic mutationsuddenly occurred about fifty years ago a white cat of Scotland.

Born kitten was hanging the small size of the ears. It was long considered just defective and didn’t show this kind of animal is any interest. So could go further and such a wonderful breed would not appear to light if not for the William and Mary Ross. Spouse liked the cat with the strange ears, and as she grew older and brought kittens purchased one of her cubs — girl, dubbed Snocs.

When Snooks grew into an adult cat brought her with normal domestic cat. In their litter were two kittens with the same hanging ears, like my mom’s. With the kittens and began the history of Scottish fold cats. 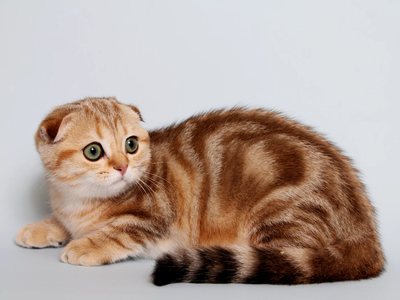 Scottish fold or British fold, as they are called, due to the fact that they are descended from the British Shorthair cats, is still not officially recognized in Scotland as a separate, self-sufficient breed. Which is quite strange — because they happened from there. This is due to the fact that shotlandskoi veterinarians have concerns with ears of this breed. They believe that their structure can lead to deafness of the animal or to the spread and development of various infections.

In a litter of cats Scottish breed were born as fold kittens and kittens with straight ears. This is the main feature of the Scots. This phenomenon is explained by the fact that when knitting one of the parents must have straight ears. The only way the gene that determines islohot, can be transmitted to someone from the offspring with a fifty percent probability. If you try to keep Scottish Scot kitty with kittens from their litter to be unpleasant birth defects.

In the early 1970 in England decided to stop working on breeding Scottish, as discovered they have problems with the musculoskeletal system caused by genetic characteristics of the breed. At the same time, American genetics, were able to maintain the mutation of the ears eliminating problems and harm to the health of Scottish fold cats. In 1980, the breed gained popularity and the vet had to accept it and to define the standards for members of the Scottish. In 1994, the American Association of cat fanciers officially recognized the Labrador as a separate breed.

What is the difference between the British and Scottish breed 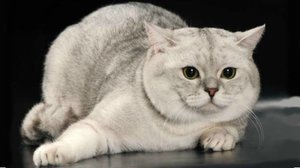 Unlike the British, Scottish cat:

On average, cats Scottish fold and Scottish straight weigh three to three and a half kilograms, seals four or five pounds. The British are heavier and larger than their Scottish counterparts.

Common opinion is that there is a breed of British lop-eared, but it wasn’t true. There’s a British Shorthair, but she has her own standards and does not apply to Scottish fold cats.

Sometimes breeders are breeding Scottish and British cats, but these species are long shared. Crossbreeding is used to produce new rare colors.

Scottish: description and characteristics of the breed 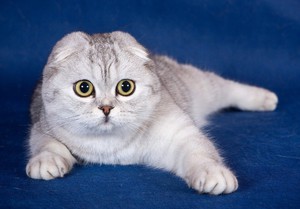 All kittens of Scottish breed at birth have normal ears.

Only for the twenty-first day in the ears there is a special wrinkle that twenty days turns them into hanging. But not all kittens there is such a metamorphosis — some of them remain straight. To understand in advance whether there will be kittens fold almost impossible.

According to the standard of the breed Scottish have:

The average Scottish live about fifteen years, the life expectancy of cats of this breed depends on: 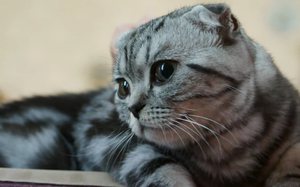 If individuals of this breed’s long fur, it seems like they are not.

Some cats ears have not one, but two or three additions. They even somewhat resemble small shells.

This is not the only difference fold from other cat breeds.

Scottish get along well with children and animals because of their calm and docile disposition. They are playful and friendly, but not enough to annoy the owners of or counterparts. Most of all they love just being calm and relaxed to lie in a warm and preferably soft. For example on the sofa or on his knees. Meow cats of this breed rarely, only if they need something.

If the kitten is too young to seriously pursue his education, the adult cat will not cause trouble. They are very clean and are easily accustomed to the tray. 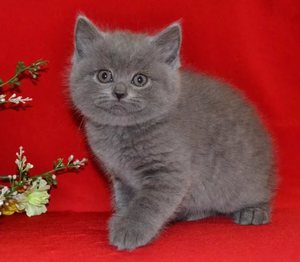 Scottish straights are big fans of people, they are very attached to their owners and get along well with children. With other animals they get along without difficulty. Scottish straight is very calm and serious animals, they will never harm or damage things. In childhood and early youth they are quite playful and active, but it goes with age.

The Scottish cats are not only the structure of the tabs, but and wool. There are cats with short hair — they are called Scottish straights, and there are long — highland straight.

He and the other kind require constant care. They need to be brushed and bathed in order to prevent tangling.

Wool has many different colors:

The unusual color is a Scottish straight, the lower the density of the wool.

Care for the Scottish straight and Scottish fold 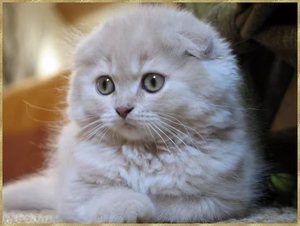 Scottish cats require no special care, except for combing hair, they may require only periodic cleaning ears sulfur. To do this, wet a cotton wool with a special lotion to the ears, which is sold in any veterinary pharmacy, and to remove the accumulated dirt.

So your pet is not afraid of such procedures, start to hold them while he was still a kitten. If the cat frequently scratches his ears and shakes his head, definitely contact your vet.

Most likely he had picked up ear mites. Do not do this by itself, treatment must engage a specialist.

Adult Scottish cat should be fed twice a day — morning and evening. Kittens up to four months are fed five to six times a day, to eight months — four times.

Scottish cats can be fed store-bought or natural food.

If you opted for the straight girl, the animal’s diet can consist of:

Purchased feed may be dry or damp, but his choice should be taken seriously. Scot is more appropriate premium food.

In the selection and purchase of feed note:

Straight and Scottish lop-eared cat will not abandon the combined power. With this type of food should be alternated ready purchase food and natural. If you want to go to such feeding, consult your veterinarian. He will tell you how to produce better mixing of feed, so as not to harm the animal.

Also, the Scottish cat should always have clean fresh water, it should be changed at least once a day.

Fold and straight, the British do not have diseases that would be typical for their breed. But some individuals can manifest the disease is genetic in nature.

If Scottish kittens escaped the genetic transmission follows similar diseases, they are unlikely to get sick often, so have good health and stamina.

With a good upbringing and care cats the Scots will not bring any problems. These lovely, peaceful creatures are not able to upset their hosts, they bring joy. Scottish folds and subtle understanding of creating — by purchasing this kitten, not only will you become the owner of elite pedigreed cat, you’ll get a loyal friend for your family.