Claws animal in the first place, weapons, so many owners often receive from them a large number of problems ranging from torn Wallpaper, and ending with the scarred hands. Then in their minds there is the idea to get rid of them, and they go to the vet, which can remove the claws. In order that the owner could get acquainted with this surgery and its alternatives, and created this article. 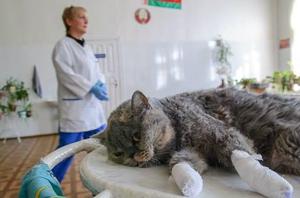 Removing the claws of the cat — a costly and complicated process, so before you make a decision on its carrying out, is acquainted with situations, when you need it: 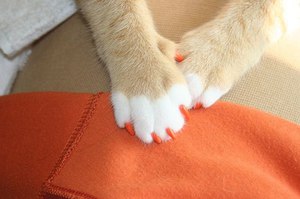 The declawing of cats — not always the only option. If you came up with the idea to use this method, you should pay attention to alternative, cheaper and safer option is the use of anticorpos.

Anticorpi — plastic or silicone claws, which are placed on top of the normal and attached by means of a special harmless glue. Typically, these remedies do not cause any harm, but if the cat will still have some discomfort, at any time can be removed.

This option fully protect the furniture and people, while leaving the cat the opportunity to continue to sharpen its claws and walk normally.

How much is surgery to remove the claws of cats

The cost of this operation greatly depends on the regionwhere you are going to do it:

What can cause the operation of removing the claws of cats 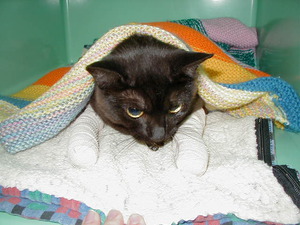 The consequences from surgery can be very different, so before deciding on the surgery, you should make sure that you’re ready for them.

The main consequence of the operation can be called health problems in the cat. Inflammation and impaired motor functions — one of the most common effects that arise after these operations.

During the surgery, the cat may lose a large amount of blood, which, in turn, can lead to death.

After surgery, the cat will be able to walk the next day. This means that the day he will be without traffic and it will have to feed the masters.

14 days after surgery on his paws are bandages that will hinder walking. As well as in the healing process, the cat will experience severe pain that will also cause discomfort when moving. During this period you will need to ensure that the cat couldn’t get medical collar to protect the stitches from removing the teeth of the animal.

The consequences are frightening, but if the owner decided to carry out the operation, you should know how to care for a pet after it.

Caring for a cat after surgery

After the operation the animal must be surrounded by warmth and goodness, so it is easier to recover from your surgery.

It happens that the vet prescribes pain medication in the injections. Do they have owners. Each day will have to handle the seams on the legs. This is a hard process due to the fact that we will have to hurt the beloved being. Of course, you can take him to the vet who will provide injections and process seams, but it will take a lot of time and money.

You should always monitor cats after surgery, because at any time can be a complication of bleeding and the pet will have to take to the doctor. 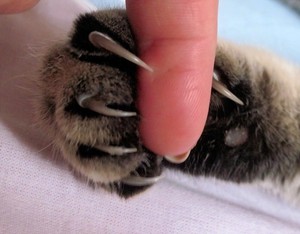 The recovery time of each animal individually. On average, it lasts 3-4 weeks. The younger the animal, the faster it will recover. It is worth noting that the older the animal the more experienced and the less limp. The period when the animal will limp will be present regardless of age and it will have to wait.

Given all of the above, each owner will have to make a conclusion — to carry out the operation or not. The thing to remember is that the decision will be final and irrevocable. Perhaps, before it is to try to protect the foot using a soft articulator, and if he doesn’t help or is ineffective, then make the decision about the operation. Most importantly, try to make sure that the cat was happy and healthy life.