Most cats adore Valerian. Even the subtle aroma of this drug makes them crazy. 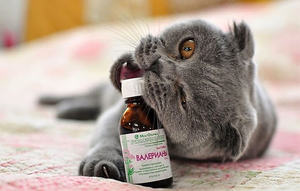 In the places where Valerian grows, always many cats and cats, and therefore, since the plant received a second all name – Catnip.
Even wild felines, such as lions and tigers are very fond of Valerian. To eat it, they are ready to crush everything in its path. One can only imagine what would happen if near the cage to put a bottle of this stuff.

What is the reason for such a reaction and what reaction takes place in the head of fluffy creatures?

Why the smell of Valerian is so attractive to cats

Zoologists have long tried to unravel the mystery of such a reaction animals on normal grass.

What is the reason for such a reaction 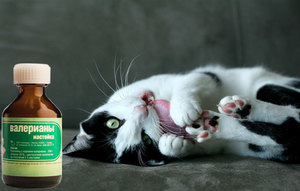 Considering how Catnip works on cats, should pay attention to how these animals behave, if you feel its smell. You yourself often could see how suddenly your calm and gentle kitty starts to frantically rush around the room, looking for the cause of the smell. Finding a bottle of Valeriani, begins in a rush of pleasure to RUB against him and purr with pleasure.

If you give the cat to lick the drug, he literally transformed, becoming aggressive. He can no reason to attack a beloved master, to break a tablecloth or curtain and comes in the strongest excitement: worn around the apartment while screaming incessantly. But after a short time the animal calms down and falls asleep. And sleep is very strong, it is sometimes referred to narcotic oblivion.

If the medicinal use of Valerian for man is undeniable, its effect on cats is not quite studied.

First of all, you should understand which kind of this substance most strongly affects the fluffy fidgets.

If the pet will find hidden away a bottle of standard tincture or pills, he will not stop until they destroy it completely. The result of this feast will be terrible. First of all, the cat will lose coordination and not be able to stand on their feet.

In particularly severe cases, the animal starts to roll eyes appear cramps and foaming at the mouth. To save the cat, it is necessary to take urgent measures, that is, to conduct him to the vet. Experts do not know exactly what the ultimate dose of Valerian, after the adoption, which can occur death. Probably for each animal is their own. Therefore, the reaction of cats to the drug may be different. 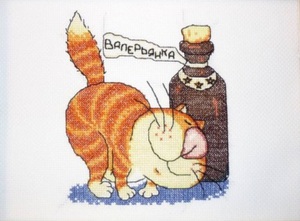 Thus, in considering whether to give the cat the Catnip, we can conclude that it can lead to many problems for the animal.

But veterinarians sometimes use Valerian for the treatment of certain diseases, which include:

The regimen and dosage of the substance chooses a doctor.

So if you found a recipe in the literature or advise his friends, it should not be used without consulting with your doctor. After all, you don’t know how he will act in your case.

Thus, despite the fact that domestic and wild cats love Valerian, it is impossible to accustom them to this substance. Its composition can be detrimental to your pet. Also, check out all the toys your furry friend. Manufacturers often treat them with compositions containing the perfume of Valerian. Constant contact with them will not bring your pet nothing but problems.