Cats are very popular Pets. They fascinate people with its grace and beauty. And people like self-willed, independent and very different nature of cats. 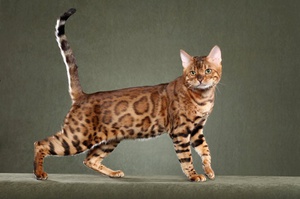 Intraspecific diversity of these animals is amazing. And it’s not only the merit of nature. Many modern breeds have been bred by breeders, but that doesn’t make them less attractive.

On the contrary, because of their rarity, these cats are very much appreciated. For the right to have their breeders are ready to pay fabulous money. Today we will talk about the most expensive breeds of cats.

It’s not the most expensive breed of cat, but today it is valued very highly. These animals are native to North America. American breeders claim that this breed was developed half a century ago. But genetics denies these allegations. According to recent studies, the breed of the Maine Coon is the result of natural selection. This native predators in North America. External breed characteristics, habits and temper of animals is determined by the nature of these lands. That is why the Maine Coon are very large and strong. Not whether they have these skills, they would not be able to survive in the winter forest.

In Russia, these animals were in the early 90-ies of the last century.

The Russians loved this breed for the following characteristics:

As mentioned above, it’s not the most expensive breed of cats. However, kittens of this breed are asking for 500 to 3 000 USD.

This is one of the youngest rocks. These cats American breeders have brought the end of the last century. The name of the animals was not in vain: these cats are really like little tigers. The toygers coat has a Golden color with dark stripes.

People buy cats of this breed for the following reasons:

It’s not the most expensive cat, but in Russia it is very much appreciated, as is a rarity for our country. However, not only a rarity determines its high cost in the market. Breeders are buying it for the following reasons:

Savanna – the result of crossing the wild Serval, native to Africa, and normal cats.

All the other traits the breed has received from a regular domestic cat. 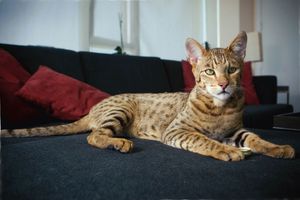 This breed is highly valued throughout the world, as its representatives are still very small. Moreover, different generations of these animals are different. Most breeders around the world want to buy the representatives of the F 1 generation. Due to this desire that, these cats are the largest and most resemble servals. In the generation F2 and below, this similarity is less. Therefore, the prices of these animals below.

It should be noted that cats generations F 1 – F 3 do not buy. They are used for cultivation in nurseries. You can only buy cats these generations. However, there is a big chance that the pet will be sterile. Breeders have long noticed that in the generations up to F 6 more often born sterile males.

At the same time, in generations F 5 – F 7, opposite to the more valued males. Do not sell them. But cats these generations can easily buy.

The distinctive features of the Savannah:

This is one of the most popular breeds in the world. About its origin, nobody knows anything. We only know that she is originally from Arkhangelsk and is one of the oldest breeds. However, documentary evidence of Russian blue cats belong to the second half of the 19th century. We are talking about the mention of rocks in the Chronicles of English cat breeders.

Worldwide Russian blue breed is appreciated for the following qualities:

It’s not the most expensive cat in the world, but well not exactly the cheapest. Kitten of this breed is as good as new car!

The chausie is an indicator of status. The owner of the pet can be proud of, owning a cat, which is in the top 5 most expensive cats in the world.

This is a young breed. It was recognized only in 2003, but her selection was done long before that. According to the official description of these cats, have sprung from reed cats, who does herself in with domestic cats. The hybrids that have emerged from such connections and became the founders of the new breed. 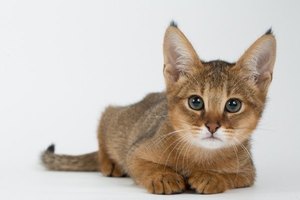 For a long time hybrids were not paying attention, but at some point, American breeders have noticed their beauty and engaged in breeding these animals. The breeders aim was to preserve the external beauty of the jungle cat, but getting a different character. Their experiences come to fruition. Immediately after recognition, the breed became very popular all over the world.

The chausie is considered one of the best companions. But it should be remembered that they have a lot of wild blood, which sometimes causes them to commit unspeakable acts. In particular, these animals from time to time doing inventory. They secretly take food and hide somewhere in the house. Needless to say that, after some time, the cat’s stocks start to smell.

The chausie is a lot of love for the owners. For the sake of communicating with him, they are even ready to make friends with their bitter enemies – dogs.

These Pets thrive in large private houses, but in apartments they will be cramped.

This is a very young breed. It was officially registered only in 2006, and then only in TICA . International organizations do not yet recognize. Elves are hybrids produced by crossing American curls with the canadian sphinxes.

This is a very rare animal. Most of the population is in North America. All the nurseries where they are bred in the United States. For the kittens there breeders from other countries are in the queue. The elves are very sociable Pets happy to sit on the lap of the master, but in a large family do not give preference to one person. They like all people living in the house with equal force. With other animals the elves get along fine, if you were raised around them.

These Pets love to play, but it does not show activity beyond measure. If they see that person doing something, will not overwhelm him. To take care of the elves is not easy. Due to the fact that they have almost no fur they get cold. For them, the house will have to organize a warm area with a couch, enclosed by high walls. The ideal option would be a warm house. These animals do not like drafts. From them they get sick and die.

Cats of this breed were bred in 2006. If Savannah was bred by crossing a Serval and domestic cat, the creators of the ushers for breeding crossed a Serval and a Bengal cat. By and large, the breeders received only a larger variety of Savannah and for this reason in 2008, a huge scandal erupted, which, however, does affect the cost of the new hybrid. Moreover, the demand for designer breed in the world has only increased. At the moment representatives of the breed Asher are from 22 000 to 125 000$.

The sizes of these animals are striking: 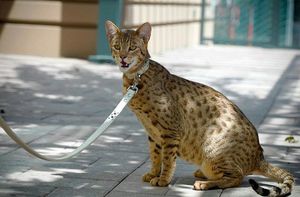 His habits and movements of this cat is more like a lioness. She looks very terrible. But it does not reflect the character of the animal. And it is exactly the same as that of normal cats. Asher loves to lie in the sun, gently play with your children, take a walk. They even allow you to walk on a leash.

Asher eating any food. It does not need any special feed.

The only disadvantage of cat – contain in a spacious room.

60 Comments on “Find out which cat is the most expensive in the world?”