Today increasingly popular in veterinary clinics is gaining option — chipping Pets. But, unfortunately, not all owners of four-legged know about the chipping of animals and also what it is and why it is necessary. In our article we will try as much to tell about the chip and its implementation. 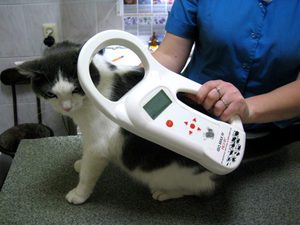 Visually, the chip itself is tiny chip, the size of which is 2 mm in width and not more than 1 cm in length. Chip placed in the glass rejects the body of a living organism.

Every chip has a unique identification code that is individual for each animal. It should be noted that this combination of numbers is permissible only after 10 years. If you purchased the original chip, then a match can not be.

The chip, implanted under the skin of the animal, so small that I can barely feel it after the procedure implementation. However, scanning with the help of special equipment allows to identify the chip, and displays the same identification code that is assigned to the chip.

Determine an identification (serial) number can be compared with the serial number of the passport of the person. Data from all chips are stored in a special database. It is quite possible that soon the bill will be passed that will compel every owner of their four-legged Pets chipped. It should be noted that in EU countries it is prohibited to import animals without microchip is because they are not included in the overall framework. 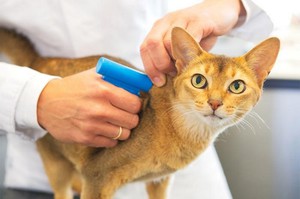 Which requires the chipping of Pets? The function of this chip one to register the animal in a common database, which holds all the information not only on the pet but also its owner. For example, imagine a situation in which your pet was lost. What will you do? Well, if the animal has a collar for the address. Otherwise where to start looking? It’s like a needle in a haystack, and the chip is rescue and hope to return the pet home.

The person who found the pet can take it to any veterinary clinic, where his scan (the procedure is absolutely painless and safe for the health of the animal). The display shows the serial number consisting of 15 digits, which, after injected into a single database, which is common to the entire world. As a result, will be found information about the owner of the lost ones and the address where the pet will be returned.

Chipping of domestic cats and dogs — a real salvation for the owners of purebred dogs. After all, you see that the risk and the likelihood that the animal can appropriate or steal is very high, but the implantation of microchips under the skin will prove that your pet. And if the lost will be found by the employees of the control services, by identifying the serial numbers of pet will be returned to the family. Otherwise, the animal will be very lucky if he will live only a week. 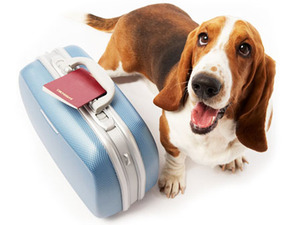 Chipping pet dogs is absolutely painless and simple manipulation which does not cause the pet pain and not face any complications.

The algorithm chipping of dogs:

Chipping of cats is carried out according to the same algorithm, specific differences do not exist. It should be noted that the chip implanted in almost all animals and birds. For example: parrots, hamsters, horses, etc. 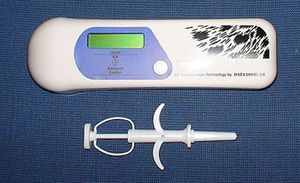 It’s unsurprising this news, since any animal may be purebred to participate in international exhibitions, but also actively used for breeding. But otherwise, even if you are not going to leave your pet out of the country and he’s a non-pedigreed, that’s no reason to neglect chipping your pet. Take into account that your dog or cat can run away, get lost. Then any finder who applied to the clinic with a request to scan an animal, can give you back the lost.

If your pet was stolen and you saw it in another family, you will be able to easily prove that it is your animal because you hold a passport for the animal and all necessary certificates confirming your direct relationship to the missing person. This iron argument, which in any processes to challenge, no one can. Animal rightfully should get back to you. Even if, unfortunately, you don’t know where your pet is, you can send all the veterinary hospitals of the city data on it, and the request about scanning all these Pets. Sooner or later, the kidnappers will have to go to a veterinary clinic for help.

Despite the fact that the chipping procedure is simple and painless, and there is a small list of contraindications.

Where the operation and cost of the procedure?

Chipping Pets is veterinary surgeons in clinics. It is not necessary to give preference to doubtful organizations that do not have the necessary quality certificates attached to the documents for the chip. Do not risk the health of your pet.

Before you take a pet, make sure are there in the veterinary clinic such a procedure. Try in advance to read about the work of the institution.

While in the territory of the Russian Federation has not enacted a law on compulsory implantation of the chip, the price is relatively low. But as soon as the law comes into force, the cost will increase significantly. The price depends on the status of medical clinics and from the manufacturer of the chip. But it is worth noting that the cost of the procedure rarely exceeds 1000 rubles, the average price varies from 500 to 900 rubles.