Tula plant produces a variety of good models. This popular conversion KO-44, OP-SKS, Argali, and self-loading small-caliber TOZ-99 and 122, as well as the famous TOZ-34.

From this almost legendary “rifle” has a younger brother is the model TOZ-134-20. It’s lightweight, small-caliber variant with exactly the same trigger mechanism and locking system. The gun is very rare, in the open market are not found, it is rarely seen live, even experienced hunters.

Hunting smooth-bore weapon with vertical trunks. Details of the trigger are taken almost unchanged from the TOZ-34.

The main difference is in the receiver block, which has a total clutch replacement breech and tube shafts, in the middle part of the United coupling. The barrels are chromed. The upper constriction is full choke. The bottom left cylinder, the bullet.

This is a very rare weapon, almost beyond repair.

On the breech of the barrel block has a factory recess forming bar type “swallow tail”. You can put optics.

To a greater extent, is a commercial rifle that used to hunt game birds, hares, foxes, small ungulates. It can be seen as a training weapon for practicing skills in aiming.

The weapon was produced (or produced?) wooden poliestireno Lodge. In the base case, 20-gauge, the upper barrel is full choke, bottom barrel.

Nobody saw this gun in the original packaging and does not know about its configuration. Most likely, a cardboard box and nothing more.

The gun works on classic bokflint principle. Unlocking is done by the lever located on the top edge of the receiver. When it leads the way to the right, the lower latch moves in and out of pairing with a cutout in the wheel barrel unit.

Broken trunks tab on the bottom edge of the pad to the forearm actuates the pusher of the trigger and cocking the trigger. The fuse when locking is automatically released.

For unstressed descent Kurkov open the receiver unit, turn on the fuse and hold down both trigger. Lock barrel unit and release the hooks.

The gun is not found in the free market. With hands it can be bought for 10-12 thousand rubles.To find anything cheaper won’t be easy.

This gun is lightweight and quite unpretentious to the conditions of use. Prone to deformation of the tubes trunks and crossing when shooting. 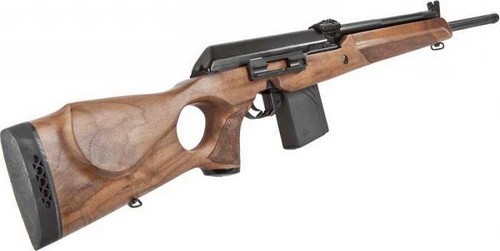 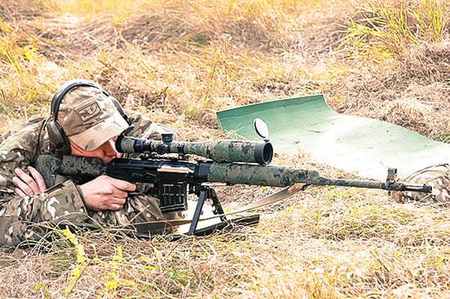 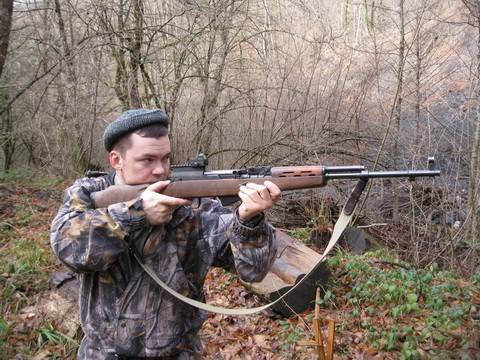