Maps of the hunting grounds of the project “Card hunter” is created in the form of a web geographic information systems (GIS) and are available for online viewing on any device with Internet access. In the map of the hunting grounds of the Lipetsk region includes the boundaries of public hunting lands of the region and boundaries of the fixed hunting grounds — private game farms with addresses and contacts of organizations — hunting users. Added territory with restrictions and prohibitions of hunting: especially protected natural territories of regional and Federal value — Zoological wildlife sanctuaries and nature reserves, and areas of protection of hunting resources in the public hunting grounds, hunting in the territory of which is also prohibited. 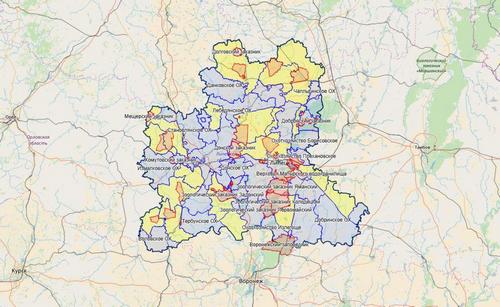 Map of hunting grounds in Lipetsk region is available for viewing and orienteering in a special navigation mobile application “Map hunter” for IOS or Android.