The Baikal fishery basin includes the lake Baikal basins of rivers flowing into it, the Angara river located on reservoirs and other water objects of fishery, is located on the land territory of the Russian Federation within the boundaries of the Republic of Buryatia, Zabaikalsky territory and the Irkutsk region, with the exception of ponds, flooded quarries, owned by the constituent entities of the Russian Federation, municipal and private property.

The link to the latest edition of Rules for Baikal fishery basin, with amendments as adopted on November 7, 2014 and registered in Ministry of justice of Russia on December 3, 2014: http://www.consultant.ru/document/cons_doc_LAW_172364/?frame=1

Rules relating to Amateur and sport fishing should highlight the following points: 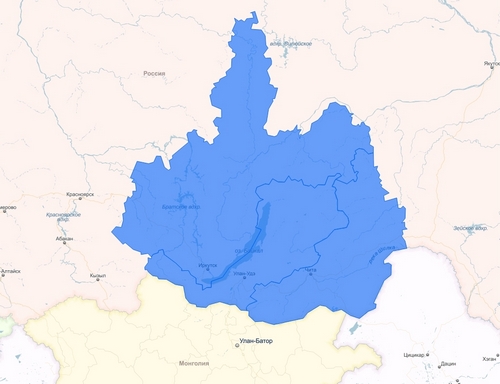 10. For the implementation of Amateur and sports fishery:

10.1. citizens have the right to carry out Amateur and sports fishery on water objects of commercial fishing importance for General use freely, in accordance with fishery Rules;

10.2. Amateur and sports fishery on the fishery sites given on the basis of contracts on the provision of fishing area for the organization of specified kinds of fishing, with citizens is carried out in the presence of the permit (the document confirming the conclusion of the contract of compensated rendering of services in the field of Amateur and sports fishery), issued by a legal entity or individual entrepreneur. The permit must be specified the amount of water biological resources, agreed for the extraction (catch), area of extraction (catch) within the fishing grounds, the tools of extraction (catch), the period of its validity.

11. Citizens in the implementation of Amateur and sports fishery on the provided for these purposes, the fishing grounds needs to have:

a passport or other identity document.

Val (with the exception of water objects of fishery, is located on the territory of Baikal region);

trout in the river Angara, the Baikal basin and in water objects of fishery, located on the territory of the Republic of Buryatia and in Zabaykalsky Krai;

Lena to the Angara river, the basin of lake Baikal and water bodies of fishery importance, situated on the territory of the Republic of Buryatia;

the tugun in the Angara river;

31. It is prohibited to carry out Amateur and sports fishery:

31.1. all kinds of water bioresources:

in areas forbidden to industrial fishing, except Irkutsk reservoir and the Barguzin Bay of lake Baikal;

the forbidden terms (periods) established for commercial fishing except the use of fishing rods of all systems and names, no more than one fishing rod at the citizen with a number of hooks no more than 2 pieces from the shore without the use of floating facilities, as well as ice cover of water object of fishery;

31.2. the species of aquatic bioresources forbidden for commercial fishing.

32. In the case of incidental catch of aquatic bioresources forbidden for extraction (catch), as well as aquatic species, not named in the permit, the specified water bioresources should be issued in a natural habitat with the least damages.

instruments of production (catch) are prohibited for the extraction (catch) of water bioresources for the purposes of commercial fishing;

of fishing rods and reels of all systems and items, as well as zakidushek with the total number of hooks (single, doubles or tees, then — hooks) more than 10 pieces on tools of extraction (catch) of a citizen;

barmashovo Udy using as bait and lure bormash (gammarus, amphipods, gammarids communities) with the total number of hooks more than 5 pieces on the instruments of production (catch) a citizen;

Kiddle with a number of hooks more than 10 pieces on tools of extraction (catch) of a citizen;

clubs and Gerlich with the total number of hooks more than 10 pieces on tools of extraction (catch) of a citizen;

“the ships”, “tyrants” with the total number of hooks more than 5 pieces on the instruments of production (catch) a citizen;

loops, magic traps and other exciting instruments of production (catch);

piercing guns production (catch) (including jail), with the exception of Amateur and sports fishery, carried out with the use of special pistols and rifles for underwater hunting;

b) to carry out the extraction (catch):

way of barenia, jamming, gon (including with rattles and botany);

“the illumination” from vessels and floating equipment, as well as ice cover of water object of fishery — using lighting fixtures and lamps of various designs on the surface and in the water column at night (astronomical, with sunset to sunrise) for the extraction (catch) of aquatic biological resources, with the exception of the implementation of spearfishing, fishing using fishing rods (including bottom fishing rods) and spinning gear all systems and items, as well as special traps;

with the help of the device sesdaq, fences, dams, partially or completely overlapping the channel of the watercourse and prevent free movement of fish;

on the track (with the use of sail and human muscle power) using more than two lures on one ship;

the trolling (motor application) using more than two lures on one ship;

through the descent of water from water bodies of commercial fishing importance.