The timing of the spring hunting season within the 10 calendar days established in Kostroma region annually based on current climatic conditions and divided into two climatic zones. 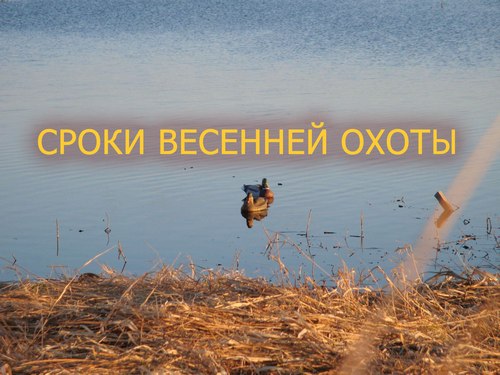 From 21 to 30 April — in the southern areas (Kostroma, Krasnoselskoe and Nerekhta districts)

Attention hunters! In addition to the Federal rules of hunting in the Kostroma region set to the local parameters of spring hunting