In order to understand which snowmobile to choose, it is preferable to first understand their differences. Current manufacturers will offer models for every taste and budget, but it’s also worth considering the technical characteristics, because this equipment is not cheap. 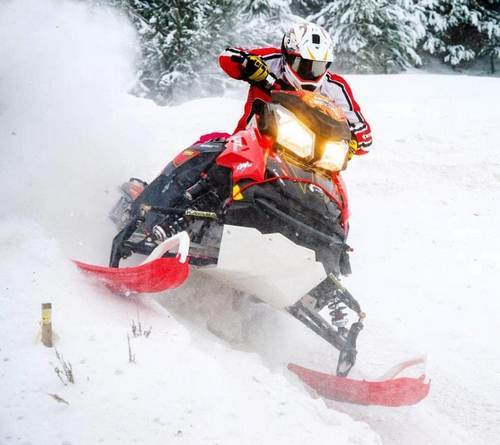 We offer a more detailed study of different types of engines on snowmobiles, and then independently make a choice in favor of the most acceptable.

There are a lot of techniques for moving around in the snow, it differs by many indicators. While buying, many carefully study the market and the characteristics of products, but often they still cannot decide which snowmobile is better than a 2-stroke or 4-stroke. Clarification of the difference can help in this matter.

The main advantage of this technique is the work cycle itself, which consists of inlet, compression, combustion and exhaust.

This prevents a new portion of fuel from entering the exhaust system and gives the engine the following benefits:

Among the shortcomings, the weight of the product becomes the most important; a four-stroke engine is 40% heavier than its two-stroke counterpart. For another technique, this factor plays a smaller role, but for a snowmobile, this indicator is very important. In fact, a standard four-stroke engine equals one passenger. On loose snow, this will significantly complicate movement, the snowmobile will fail, its maneuverability is significantly reduced.

Interesting! Some manufacturers have modernized the stroke of the motors, they have become much lighter, but their price immediately increased significantly.

The advantages of a two-stroke engine emerge from the description of a four-stroke engine, they are as follows:

There are also disadvantages with models with the 2nd engine. First of all, this is a high amount of exhaust gases during operation, in many countries they are banned.

Interesting! To reduce the cost of finished products, many manufacturers came up with and introduced a direct fuel injection system into production, which made it possible to almost equalize both types in terms of environmental indicators. 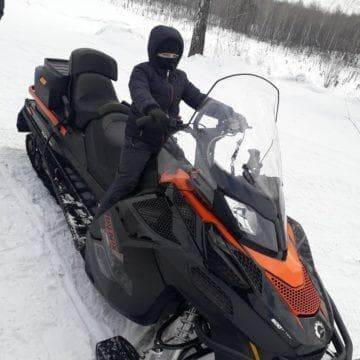 For a simple person, it is not entirely clear how the push-pull mountain snowmobile and the four-stroke differ.

It’s all about the operation of the engines, in more detail the following table will help to figure it out.

This is what distinguishes a two-stroke snowmobile from a four-stroke technique.

Snowmobiles with four-stroke or two-stroke engines have different resource reserves. And how much each of them will serve depends on many related factors.

The term of work is affected by:

With proper care and gentle loads, the performance can be very different from snowmobiles that work to the full.

How to lure a pike

With minimal loads and excellent maintenance, a snowmobile with a two-stroke engine will begin to require the replacement of certain components after 6-8 thousand kilometers. Under heavy loads and difficult operating conditions, as well as when using a poor quality fuel mixture, the wear of the internal components of the engine will notify itself after 3-4 thousand kilometers.

Better lubrication of all components significantly extends the life of the engine on this type of snowmobile. With proper care of the parts, wear is not terrible even with mileage up to 10-12 thousand km, but if the operating conditions are more complicated, the first repair will have to be carried out much earlier.

It should be understood that all these figures are relative, a lot depends not only on performance indicators, but also on the quality of the metal from which the parts were cast and machined.

Which snowmobile is better than a two-stroke or a four-stroke one cannot be definitely said, here everyone decides for himself. For some, priority is given to certain indicators, but to someone more important is completely different.