The electric version of the snowmobile was developed for children, it will be much easier for the child to cope with this type of equipment much easier. That is why most models have lightweight indicators in all components. 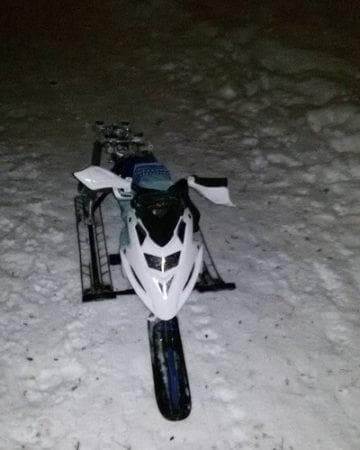 The child will be comfortable and safe due to such indicators:

Snowmobiles are different, someone prefers a reliable friend of their Japan or Sweden, for some it is more pleasant to use your family. Made in his camp. Some generally master this technique on their own. The movement is mainly carried out thanks to the internal combustion engine, but not everyone can cope with such options. Electric snowmobiles were developed mainly for children, but some adults often use just such a technique.

All models of electric snowmobiles are quite compact, they can easily stand in the trunk of a minibus or a large SUV.

The model is designed specifically for fans of extreme sports from 3 years of age. The electric snowmobile is notable for its ease of operation, low weight, this model is considered a novelty of the last year, but has already loudly declared itself. The electric snowmobile ML-50 Snow can be used in the summer as a children’s ATV; a pair of front wheels is attached to it for a nominal fee. 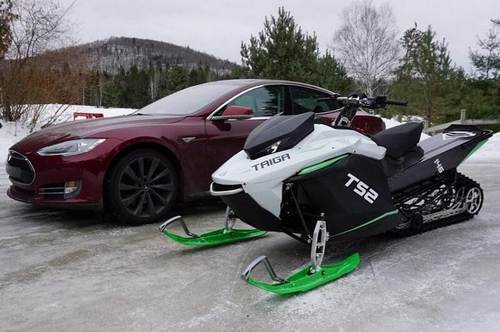 This model runs on gasoline; otherwise it is a copy of its fellow ML-50 Snow. In the summer, the snowmobile is easy to rebuild for an ATV, the wheels are equipped with the same as the electric snowmobile. Models will vary slightly in price, the gasoline version will be slightly more expensive than the electric one, but according to some technical indicators it will show itself better.

The technical characteristics of these snowmobiles are largely similar, so all these indicators can be represented in one table:

Snowmobiles of both models will be able to work smoothly for no more than 2-3 hours in a row, while the indicator varies from load. Common features will be that each of the models in the summer period can be converted into an equally convenient ATV and they were released last year, but they were already loudly able to express themselves.

In the gasoline model, I would like to highlight the wishbones and shock absorbers on the front suspension and the rear swingarm with a central shock absorber.

According to reviews, the electric snowmobile is very comfortable with the fact that even a small child can control it, and even a 4-year-old can master the skills.
The snowmobile is equipped with a standard one, while the electric comes with charging.

The benefits of an electric snowmobile

But you should not take an electric snowmobile only as a means of transportation for a child, very often this is the technique chosen by fishermen who need to travel relatively short distances in the winter. Mini-snowmobiles will be able to transport only one person of medium build with a minimum amount of luggage. On this, the negative sides end; only advantages remain.

Electric snowmobiles are represented by a large selection of finishes, everyone will be able to choose the same color technique for themselves. There are models with combined colors, you can make the vehicle unique, which will stand out from everyone else.

The opening of the season: street fishing

Not all models are designed to transport just one person, if more powerful options that can transport two anglers at a time at speeds of up to 20 km / h. At the same time, the minimum necessary gear can be folded into a pocket under the seat. In the calculations, the electric snowmobile can withstand a maximum of 150 kg of load.

Users are pleased that the electric snowmobile can be refueled right on the road. This will not take much time and very soon you can continue your journey.

Other advantages of this type of equipment are considered more durable skis, but even in the event of a breakdown, it is quite simple to replace them.

How much is an electric snowmobile

It’s impossible to answer exactly how much an electric snowmobile costs, the price will vary from different indicators.

The cost is affected by:

Equipment of this type cannot stand less than 60,000 rubles, and the maximum can reach up to 150,000. Children’s snowmobiles are slightly cheaper, you can buy them for 35-40 thousand rubles.

Used equipment will have a different price range, it all depends on the condition of the snowmobile, kilometers traveled, operating and storage conditions.