Installing the engine from Matiz to the Taiga snowmobile yielded results. But on this score there is a lot of controversy in the respective forums, where everyone defends his opinions. Many believe that it is not advisable to put an ICE from Daewoo, and it is easier to either buy a more advanced snowmobile or use a compact engine from a foreign car – a car or a motorcycle. So to carry out the installation of the Matiz ICE on a Taiga snowmobile or not is a matter for each individual lover of winter fishing, hunting, or simply an exciting ride. Nevertheless, this event is one of the options for improving your own equipment. 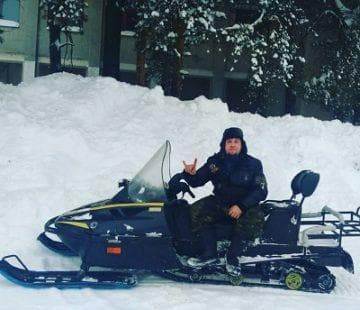 Recently, more and more users of snowmobiles are putting automobile engines on them. This is because the four-stroke engine is more reliable, economical and powerful enough for this purpose. In addition, you do not need to add expensive oil to gasoline, it is easier to start the engine in cold weather and there is practically no overheating, and the so-called “hooks”. In particular, the installation of the engine from Matiz to the Taiga snowmobile is also practiced.

Features and characteristics of the engine from Matiz

Powertrains from Matiz are presented by two modifications:

Both of these engines are equipped with a distributed gasoline injection system, due to which the desired power was achieved, as well as profitability, in addition, exhaust gas recirculation was used.

The gas distribution mechanism is driven by a belt.

It is necessary to take the timely replacement of the timing belt in the most serious way, taking into account both the mileage indicated in the instruction manual and its appearance of this accessory, which should not be delaminated, burst open, have cracks on the inside. Untimely replacement of it leads to serious damage to the timing, which is fraught with considerable material costs.

The most common Matiz engine malfunction is incorrect throttle sensor readings. With the advent of the liter engine, the car became more dynamic – improved traction in any mode. The unit has become more reliable, and its owners so often no longer have to deal with repairs, as on an engine with a volume of 0.8 liters.

The cylinder block is made of cast iron by casting, while the cylinder head is aluminum. The engine is in-line, transverse layout. It runs on gasoline. Any motor has both positive qualities and disadvantages – this is the engine from Matiz is no exception to the rule.

The characteristics of both engines are given below.

Both power units have good characteristics.

With a careful attitude, the use of high-quality oil, timely adjustment of valves and replacing the timing belt, the mileage before overhaul is about two hundred thousand kilometers.

Both engines are simple and reliable.

Its main disadvantages are breakdowns of attachments. The main malfunctions of the motor:

However, these malfunctions do not appear out of nowhere. Premature failures occur for the following reasons:

This type of repair is performed in two cases:

This event involves the dismantling of the engine, which should be done only with the help of a winch to avoid injuries!

After complete disassembly of the internal combustion engine, components and parts are detected, their degree of wear is determined, rejection and replacement of the extremely worn out.

Then follows the installation of the engine in its regular place, filling in new operating fluids and running-in.

At the end of the repair, the motor requires operation in gentle conditions. To achieve them, it is necessary to limit the load on the unit, do not untwist the crankshaft to maximum speed

The break-in period lasts at least 2 thousand km (preferably 3) under gentle operating conditions. This means that the engine speed during this period should not exceed average.

There is no room for “trifles” in the maintenance of any unit. If you do not follow the belt, do not change the oil and filters in time, do not pay attention to adjusting the clearances in the valves, then you should not expect reliability and durability from the motor. So, the service.

It’s time to replace the timing belt. The case is not complicated, but it requires some skills. After seeing how other, more experienced drivers and locksmiths do this, you can continue to do this kind of work yourself.

The main thing is to correctly place marks on the crankshaft and camshaft. Inaccuracy leads to the impossibility of starting the engine, and even to damage to the valves, which inevitably leads to additional material costs.

In these engines, the valves are regulated every 10 tf. km run.

The problem can be solved by contacting a certified service station or by yourself, in a garage, carefully studying the technical documentation. To adjust you need to have:

If this is done for the first time, then you need to know that the matter is not very simple and requires attention and accuracy.

Intake valve clearances are different from exhaust clearances – this also needs to be known.

Semisynthetics or synthetics are used. The first option is optimal both in terms of costs and oil quality.

It is necessary to give preference to high-quality fuels and lubricants – dubious savings lead to premature engine failure.

After the oil is drained, it is necessary to install a new filter to replace the old one, and only then pour fresh.

Technical characteristics of a homemade snowmobile Taiga (with engine from Matiz)

After installing the engine from Matiz to the Taiga snowmobile, the technical characteristics of the latter improved markedly.

It is enough to mention the fact that the native two-stroke power plant RMZ-500 (two-cylinder engine) has the following indicators:

This, of course, positively affects many indicators that cannot but please the user:

How to install the engine from Matiz to a snowmobile Taiga

How to put the engine from Matiz on a Taiga snowmobile? This question interests a considerable number of those users who want to improve the performance of their car.
In the case specifically described on the Internet (there are video materials), the Daewoo Matiz engine was mounted on a snowmobile using two rods “borrowed” from the Lada, in front and behind on a motor pillow from the Volga.

Thus, the installation of the engine from Matiz to the Taiga snowmobile was carried out with some alterations and improvements.

A test run was carried out the second time. The engine worked cleanly, smoothly and quietly, despite the fact that the exhaust system had not yet been connected – the “four-stroke” in this regard compares favorably with the two-stroke “fellow”.

The first exit of the snowmobile with the engine from Matiz showed that cooling with the used radiator is not quite sufficient, and this constructive solution needs to be reworked. However, when only the driver was traveling – without cargo and passenger, the temperature did not consistently exceed the 90 ° C mark.

A snowmobile, assembled with your own hands with an engine from Matiz, behaves confidently when riding on a virgin snow, with a snow thickness of 40-50 cm. The speed was 60 km / h.