The basic idea of ​​everyone who wants a Buran with 2 skis instead of one is a smaller turning radius and greater stability. When driving on a difficult terrain, this is a significant plus. In addition, there is such a thing as “gliding” in the snow. It is felt during movement on freshly fallen, puffy snow, which has great depth. Usually these are snowdrifts in the forest. A snowmobile with two skis on such a road goes well, if you can manage it and maintain speed, it often drowns with one ski. 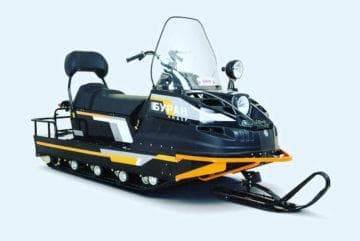 Many hunters and fishermen, as well as other people, have the Buran snowmobile. They are happy to use it, note its reliability and ease of use, a large selection of spare parts in stores. The installation of two skis on a snowmobile “Buran” increases its controllability and ride comfort.

Is it possible to make a snowmobile “Buran” with two skis

The experience of many do-it-yourselfers says that it is possible. Moreover, there are “Buran” snowmobiles with two skis that perform many useful work – to maintain electric networks in the northern regions, in rescue services, and in the ambulance service. There are also a lot of them in the garages of hunting and fishing lovers.

Usually alteration takes a lot of time, requires special knowledge, tools and parts. But not always altering the snowmobile “Buran” on two skis will improve its performance. For example, many argue that with one ski he is much better way to get through the bushes. If we take into account that the shores of most water bodies have not mowed for a long time and are thickets of shrubs of willow, talnik, willow and other similar plants, such a quality may be useful.

Can a Buran snowmobile be made with two skis to move through the forest? Some argue that with one ski “Buran” better passes dense forest. For example, if you catch a tree trunk between skis, there is a high probability of breaking them, and with one usually, having hit with a mask, you can pass such an obstacle.

Again, slowing down when moving in the forest can lead to burying in the snow. Hunters who travel a lot among the trees and do not have much experience in driving a snowmobile should think about whether they need such an alteration.

What details are needed

For alteration, you will definitely need:

The nozzle of plant origin. The types and description of

It is desirable that the skis have a not too wide spread in width, without going beyond the boundaries of the caterpillar. When reworking, most craftsmen recommend changing the caterpillar to an MD type. Skis should be installed so that when turning in place, their center of the square remains in position.

Some make removable frames, where two skis rotate on the frame around the old steering column, it is very bulky and almost depreciated, the skis on it often break. The rotation of the skis should be synchronous, like the rotation of car wheels.

There is always a choice: self-installing 2 skis on a Snowmobile or buying an existing model. As for the second option, it is much easier to purchase a two-gear model and not worry about the alteration. “Lynx”, “Taiga” and most other snowmobiles are already equipped with two skis, they proved to be excellent when operating in Russian conditions, there are enough spare parts for them and they can be serviced using a ready-made technological map, without puzzling how to fix it later.

The second option, when the owner has a snowmobile “Buran” and wants 2 skis, more difficult, it will require time, effort, knowledge. Most likely, you will need to buy spare parts. Absolutely definitely have to buy a new pair of skis. You’ll have to run around the car markets, sit on sites like “Avito” or “Yandex-Auto” to find some parts, communicate a lot with people. And not the fact that the result will be satisfactory.

But is such a scheme needed if there is a ready-made snowmobile with one ski and there is no desire to buy another? As practice shows, most of the problems with “gliding” “Burana” in deep snow is solved by installing a wide front ski. You should not redo anything, such a commercially available parts store. Maneuverability of the Buran under ordinary conditions is not such an important task as cross-country ability. Moreover, most fishermen and hunters prefer to spend time outdoors, outdoors, rather than sitting in a garage or workshop.