In most cases, users leave positive feedback about this model of a snowmobile, but there are also negative ones. The only thing I would like to say is that everything works without a hitch, it is necessary to carefully monitor the condition of all systems, timely replace the worn parts, lubricate them. 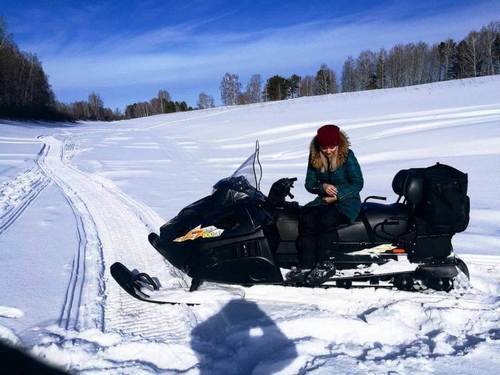 Among domestic-made snowmobiles, special attention should be paid to models from Russian Mechanics, in particular to the Taigu Patrol 550 swt. This vehicle proved to be just excellent with the use of heavy loads and with the passage of considerable distances. The fuel consumption of a snowmobile Taiga Patrol is quite high compared to other models, but this is justified by its high traction performance.

Snowmobile Taiga Patrol 550 swt is included in the Russian Book of Records due to technical indicators, since it was able to cover a mileage of 11,000 km. Main characteristics:

A distinctive feature of the snowmobile is the ability to tow various loads over long distances.

An optionally mounted transmission for the snowmobile is a variator, and the type is two-stage. The vehicle has three speeds: low, high and reverse.

The brake mechanism is represented by a hydraulic disc.

The front suspension of the snowmobile has a telescopic structure, this can significantly increase the course. This characteristic is very important for traveling on rough terrain and when traveling to the forest.

The type of rear suspension is skiddy, its stroke is about 190 mm.

The components are electric starter, steering wheel heating with gas trigger, socket. The halogen is installed as a frontal headlight; an LED is installed behind the snowmobile.

The heart is a two-stroke engine of its own production RMZ-550, designed for heavy loads. The fuel system is represented by two Mikuni carburetors at the output of 55 horses, which is more than enough for this type of equipment. Fuel consumption rates for a Taiga Patrol 550svt snowmobile can fluctuate depending on operating conditions. Cooling takes place by air.

The work of the snowmobile is carried out on AI-92 gasoline, maximum 55 liters are placed in the tank. It will leave in different ways, it all depends on the loads applied to the snowmobile. The higher the traction power, the faster the fuel is consumed.

Each manufacturer of snowmobiles, both abroad and in our country, in the passport to the vehicle fuel consumption under certain conditions. Russian Mechanics is no exception, all models of snowmobiles that came out of the belt have such indicators.

The established indicators for testing are as follows:

At the same time, indicators are given in two forms, on a loaded snowmobile and not.

It should be understood that these indicators are conditional. Often, climatic indicators and the type of route directly affect the amount of gasoline used to transport the same baggage. 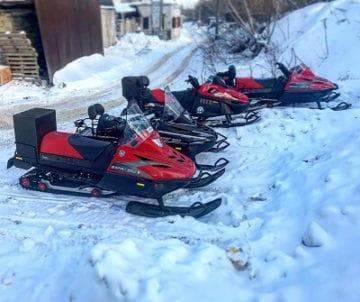 Tips for operating and saving fuel

Trying to save fuel when transporting large loads will not work for sure. You can’t leave sledges with gear or hunting accessories anywhere, so when traveling on a snowmobile for long trips, the Taiga Patrol should take care of a spare canister of fuel of the right brand.

It will turn out to be saved if you avoid bumps and choose more worn-out roads for movements, fuel consumption will only increase on loose snow.