Of the obvious advantages of the model and this modification in particular, is that the machine is able to cover significant distances in winter off-road conditions and tow a sled with a considerable load – up to a quarter ton. Operation of the machine at an ambient temperature of minus 40 ° C is allowed. 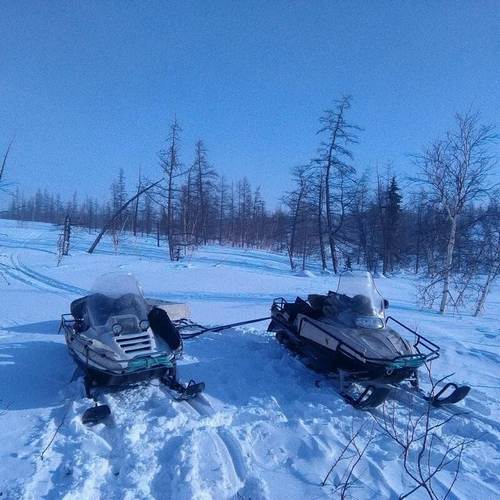 Lynx is a model range of snowmobiles (universal) manufactured by the Ufa Engine-Building Production Association since 1991. Lynx 113 is the first model that has now been discontinued. It was a copy from an Arctic Cat snowmobile (USA), the engine capacity of which is 440 cm3, with aluminum cylinder-free cylinders coated with a layer of silicon. In order to better understand and imagine what the Model 113 Snowmobile is, you need to study its technical characteristics and operating characteristics.

As already mentioned, the Lynx 113 snowmobile has aluminum cylinders with a special coating, which became the main oversight of the designers. This circumstance contributed to the grabbing of the aluminum piston to the mating surface, and even with a small mileage the engine could fail.

Production was discontinued by the Ufa Engine-Building Production Association in 2009.

Special requirements for operation of the snowmobile Lynx 113

This model has a number of operational features that must be reckoned with, because this equipment is still operated and resold by users.

What you need to know:

Exceeding the above maximum speeds, especially a long one, leads to overheating of the engine, and, as a result, burnout of the pistons! 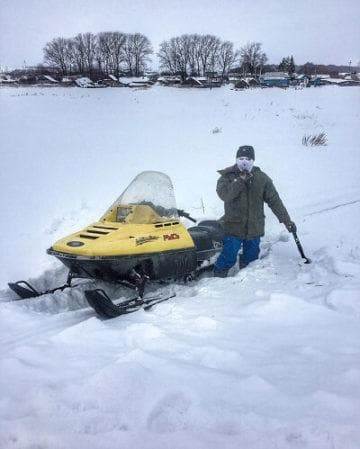 In order for the operation of the snowmobile to be a joy to its owner, and, on the contrary, not to cause injuries or accidents, the following safety rules must be observed:

When starting the engine, the starter cord must not be wound around the hand.

The following equipment is installed on the snowmobile:

In addition to the listed equipment, the Lynx 113 snowmobile has the following characteristics: 440 cc engine. cm push pull.

Features of the rear suspension of the snowmobile Lynx 113

It is unlikely that you can find the Lynx 113 snowmobile, on which the rear suspension is in perfect condition.

However, this does not mean at all that its repair or even complete restoration is impossible – all components and parts are for sale in specialized stores as well as in online stores.

As already mentioned. Lynx 113 has long been discontinued, and other snowmobiles of the same brand have come to replace it. It is worth talking about them separately.

The main representatives of the Lynx “family” of snowmobiles are (except for the 113th) model:

They have been modernized, much has changed, their reliability has improved.

To replace the already known one hundred and thirteenth modifications began to admit Lynx 119.

Tests of the new (at that time) model were carried out in the harsh conditions of Yakutia, in which the snowmobile proved to be much better than the previous car. It is convenient to operate – the steering wheel does not hurt the knees at the sharpest turns, and the foot platforms make it possible to feel comfortable. The seat is soft.

The simplicity of the design allows for minor repairs at home.

Spare parts, as well as units, are available in specialized stores. Their cost is available.

Perch fishing on the bypass leash

Production was discontinued in 2009, so only used cars are available.

Lynx 500 is the latest UMPO model.

The snowmobile is very popular among fishermen and hunters.

The average price of Lynx 113 varies from 60 to 75 thousand rubles.

These machines have a number of advantages, not without their drawbacks.

Snowmobile Lynx 113, like any equipment has various owner reviews, which are listed below. Their analysis comes down to certain conclusions.

Due to the complete cessation of serial production of the Lynx 500 snowmobile, it is very difficult to find this snowmobile in a new technical condition. Only used cars are available, the price of which varies from 80 to 150 thousand rubles.