A common problem is that the Lynx does not start, there may be several reasons for this. It is important to track under what conditions and how the engine behaves, what happens to the fuel system, what kind of reaction is in the muffler. 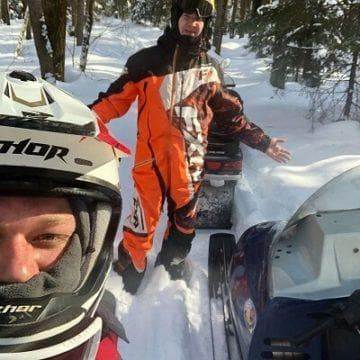 It’s not very pleasant not to start a snowmobile at home, but still you are at home and can solve this problem with tools and in a normal environment. It often happens that the snowmobile stalls halfway and / or cannot start up already on the road or on the way home. How to behave in such a situation? What to do to the driver?

There can be several reasons for the vehicle not starting up, each of which is desirable to study thoroughly. First of all, it is worth paying attention to what related indicators are present.

Domestic snowmobiles often compete with imported counterparts, but, unfortunately, they put the filling in ours at all not of high quality. Here we can say how you pull out a lottery ticket, someone has a snowball leaves at full load for three years without problems, and someone starts complaining and picking after the first break-in.

Snowmobile Lynx is often characterized as an inexpensive, but moody aggregate of the domestic industry. When comparing it with imported snowballs, it will yield to them in the power and quality of the used spare parts.

Next, consider the most common causes of problems:

You can solve the created problem on your own, and by contacting a specialist.

There may be several reasons for this behavior on a hot Lynx snowmobile; you need to look for yours:

The rest of the reasons may lie much deeper, but this is extremely rare.

The main reason for not planting with an electric starter is a problem carburetor, but here you need to look and candles. Many experts recommend that you also pay attention to compression.

What to do and how to solve the problem

There are two methods for solving this problem, then everyone himself must decide which one to choose.

To restore a snowmobile, you can:

It is worthwhile to understand that a specialist will have to pay for services, but if you do not understand anything about this, then it is better to invest. The Buran snowmobile suffers about the same problems, their disposal methods are approximately the same.

All this can be done independently, and even without experience. All the details and recommendations can be found on the Internet, with which they are very detailed.

It should be understood that repairing a snowmobile is not such an easy task, but everyone can understand it if desired. The mechanism is especially easily studied by those who repair motorcycles on their own.

The cost of repairs will vary from the complexity of the problem to the replacement parts used. A simple inspection and diagnosis of any Lynx model will cost from 2000 rubles.

If you want to leave your iron friend for repair, then there are a lot of options, the cost will vary by:

On average, sorting an engine costs from 30,000 rubles on domestic equipment, imported is more expensive.

It happens that a snowmobile Lynx stalled while fishing or in the woods on a hunt, there is simply nothing to pull it out of there.

So that you do not have to spend the night in an open field or forest, you can often try some tricks from experts:

These not difficult maneuvers often helped out many, we hope that if necessary, they will also serve you well.