Oils for a snowmobile are divided according to several criteria, primarily engine oils are separated, they, in turn, are divided into two subspecies. Two-stroke is used for equipment with the same type of engine. Four-stroke is suitable only for an engine with such indicators. 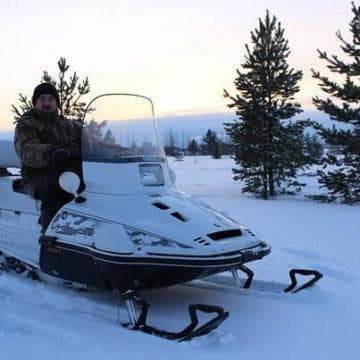 The duration of the snowmobile in different conditions can be extended only due to good oil. Today it’s hard even for an avid user to make a choice with such a technique, the wound is simply overwhelmed with a variety of manufacturers and types of these products. Abundance with various markings can be found on the shelves, which is why often even experienced snowman owners stuff bumps when choosing. Oil for a snowmobile Yamaha Viking 540 is no exception, it should be selected carefully, because a snowmobile without it just can’t work normally.

For a Yamaha Viking 540 4 snowmobile, engine oil is used specifically for this type of engine. The best option, according to experienced specialists and consultants from the service, is Motul Snowpower 4T 0W-40. Despite the fact that four-stroke snowmobiles are less demanding on the lubricants used, it is the product of this brand that forms a film on the inner surfaces of the production element, which will prevent them from premature wear.

As noted, many engine oil ratings for a four-stroke snowmobile engine are very similar to this type of product for automobiles. The best option remains synthetics, the additives present in it only positively affect the operation of the engine and all its components.

The American manufacturer specifically for two-stroke engines produces semisynthetic oil Yamalube 2s, 2t. An excellent composition of various additives and basic components will allow the unit to work throughout the season, the engine will not be afraid of severe frosts, it will start up perfectly in the cold. Visible smoke during operation will be minimal, but the efficiency remains the same.

It is 2s that can fully open when used at low temperatures, this option was developed specifically for winters with decent minuses. Special additives will not allow it to thicken even with prolonged exposure to severe frost, it was this indicator that became the main one for using it for snowmobiles.

To preserve the transmission on a Yamaha snowmobile, it is advisable to use original premium Yamalube synthetic oil. The fully synthetic formula of this product was developed specifically for this type of technology, that is, for use at low temperatures.

Only the fully synthetic formula can provide the best possible wear protection for transmission components. In addition, such a product will not foam and will not lose its fluidity when the temperature drops to -20 and below.

After the snowmobile season is closed, it’s not enough just to lift the vehicle onto the lift, put on a carry case and leave it until snow falls. To protect the engine from rust, prevent corrosion, protect it from salt water, moisture, combustion products, create a protective layer during storage. It is for this that they use oil for preservation. A great option will be Yamalube, which is available as a spray for ease of use.

Mineral oil for a snowmobile

The versatile vehicle for ground equipment is Yamalube 10W-40, which has a fully mineral base. This option is considered ideal for all-terrain vehicles, motorcycles and snowmobiles. The use of the product will ensure stable operation of the clutch and a durable oil film, which will provide reliable protection to the engine of any equipment. Wear and tear during daily operation of the unit are not terrible if this type of mineral oil is used.

The product acquires anti-friction properties due to the fact that its composition includes highly effective cleaning additives and a base in the form of better quality mineral oil.

Yamalube 85W-90 is recommended for all Yamaha products that are equipped with a wet-type brake system and standard differentials. Final drives are virtually silent and vibration-free; the brakes and clutch function are safe and reliable.

There are restrictions on the application, it is not advisable to use this product with similar characteristics for the FJR1300, VMAX and Tenere.

Most often, oils used by the manufacturer recommend the Yamaha VKS 40 LV snowmobile. It is not worth experimenting and using cheaper analogues, this unit can suffer greatly, its characteristics will become much worse.

How to choose the right snowmobile oil

In order not to get into an absurd situation and not to spoil your vehicle with bad oil, you must be able to choose it. There are certain rules by which they select the right option. In order for the equipment to work perfectly and calmly endure crap in the offseason, you need to know the basic requirements for this type of product.

Choice of technological advances through a thoughtful additive composition

Additives in oils have only recently been perceived as an extra component. Skeptics argued that engine oil already has everything for normal engine operation. Here it is worth stopping and consider the problem in more detail.

The normal operation of any engine is that the work starts on a warm engine, the vehicle moves at an average speed of about 1000 km without stops. After the unit has passed in such a way 15,000 km, it is sent to a service center and the oil is changed. But such work with snowmobiles is extremely rare, or rather almost never.

An unchanged oil in time can adversely affect the operation of the engine, its insides can be damaged, and the exact one will quickly fail. It was to prevent this and to allow the equipment to work on one oil longer and it was decided to add additives. Such an additive will not become a pill, but you can definitely name a kind of vitamin that will prolong the work of the additive motor.

If you have the choice to buy oil for low temperatures or to prefer the all-weather option, then you need to stop on the second option. Such an oil will help to keep the engine from the inside during operation at low ambient temperatures, and will also help to survive the period when the snow will settle in anticipation of snow cover.

Such a choice will allow you to easily navigate through the snow with a strong minus, but the plus temperature will not become an obstacle to travel.

With reduced deposits and tar

It is advisable to choose such types of oils that will not be deposited in the form of soot and tar during the combustion period, this is especially true for two-stroke engines. Regular blockage will negatively affect the operation of the motor, problems will begin that will subsequently lead to complete wear of the motor.

Each vendor has its own pricing policy, but most dealers try to set a minimum margin to attract more customers. It should be understood that the original oils for Yamaha snowmobiles cannot be too cheap.