There is a sense of haunting to the roar of a lion veiled in darkness. The emphatic “ooooaa!” demands attention as it starts in the abdomen and reverberates through the night air. Its direction and distance are secondary to one’s primordial reaction – a sudden dilation of the pupils and a flare of prickles on the neck. The call unmistakably announces a large carnivore, yet as each roar fades into solitary grunts it feels less like an act of aggression than the lonely imploring of a lost soul in the darkness.

The plight of Africa’s lions is lamentable. Since the 1960s, the world has lost at least 70% of these magnificent cats, which until a few thousand years ago inhabited most of Europe, Asia and the Americas. Now we’re down to around 20,000, all of them in Africa apart from one sub-species in India. Habitat loss and the encroachment of people are largely responsible – lions in Kenya and Tanzania are shot by wildlife officials if they consistently kill livestock, for instance. And trophy hunters still shoot lions in the wild every year in countries where it is permitted, including Tanzania and Zimbabwe.

But if you were expecting a fable in which cunning Human steals from noble Lion, this story is not so clear-cut. Living with these predators is not easy. For many people in rural Africa, livestock pay for school fees and hospital bills, and insure against misfortune. Imagine finding half your nest egg has been taken overnight and, worse, worrying your family might be next. Unsurprisingly, many lions that live near people end up shot or poisoned. Yet it doesn’t have to be this way. A new five-year study that I have been involved in shows that when people directly benefit from lions, they become more tolerant of their faults. 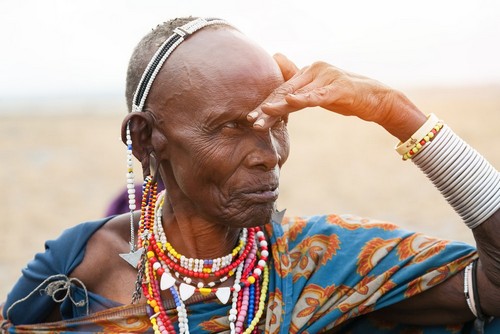 We focused on an area surrounding the Mara National Reserve in Kenya, a protected zone at the northern extent of the Serengeti ecosystem. These fertile grasslands are the home of the Maasai, semi-nomadic pastoralists who share them with the great annual migration of over a million wildebeest and their predators, including lions.

Maasai have always speared any rogue that dares interfere with their livestock; and today there are far more people and livestock and much less space for lions. Yet many on the northern edge of the Mara have wisely noted the premiums that tourists are prepared to pay for the Serengeti experience.

Lions help attract over 350,000 visitors to the area every year, generating $90 million (£63 million) in entrance fees alone. Beyond the national reserve, many families have combined landholdings into community conservancies which welcome visitors for a fee. They attract wildlife by managing and protecting resources such as livestock, water and unique habitats; and they distribute income fairly around the community to avoid feuds. Other families have declined this opportunity, relying purely on their livestock for income. 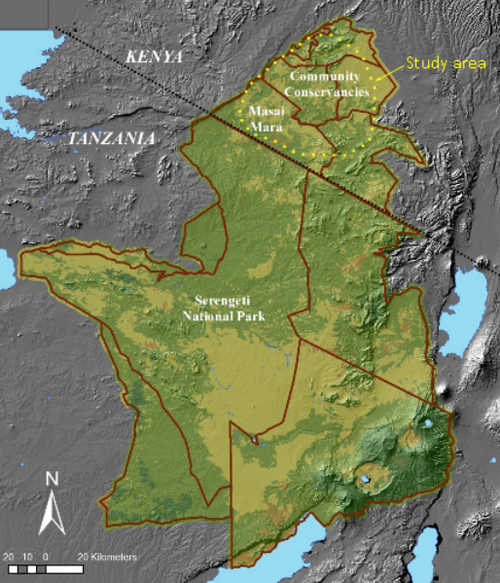 The natural life expectancy of a lion living in the wild rarely exceeds 13 years. When we compared the survival of lions living outside national parks, our results consistently showed that survival is not determined by how many prey are available or the quality of the habitat – there are enough of both to sustain this population. The number of livestock in a lion’s territory makes no difference either.Hence there is a 1,500sqkm patchwork of conservancies and other privately owned pastureland to the north of the Mara National Reserve. Together with the reserve itself, where no one lives and lions can roam freely, it amounts to a perfect three-way natural experiment to investigate the effects of conservancies on lions. Lead author Sara Blackburn and Laurence Frank, a veteran predator biologist, spent five years observing the lifespan of 382 lions in the area. This is the first time anyone has looked at the survival rates of individual lions in relation to conservancies, rather than just counting them.

The only factor that consistently cuts short a lion’s life, sometimes lowering the chances of survival by as much as 40%, is the number of homesteads in its territory that are not part of a community conservancy. Homesteads that are members of a conservancy, on the other hand, have no negative effect on lions’ survival chances. This suggests that when people receive income from lions via ecotourism, they become tolerant and lions survive. There is a good chance that the same would also be true for other animals that are declining across the region, such as giraffe and impala.

Cecil, the lion shot by an American hunter last year, drew a line in the sand regarding the public’s opinion on conservation of this remarkable predator. These events have sparked heated debates about the role of trophy hunting and using fences to protect lions in the wild, even while recent footage of an agitated lion walking the streets of Nairobi highlights the continued struggle for space.

In this worrying context, our research points to how this story can end more happily. Community conservancies are a viable and working alternative to protecting wildlife. Although they exist in many parts of Kenya and Tanzania, we must continue encouraging governments to develop similar opportunities for local communities to benefit from wildlife through ecotourism. Evidence such as ours gives reason to be optimistic that community conservancies will continue to expand and benefit human and lion alike.

Sara Blackburn, an MSc student in biodiversity and conservation, assisted in the writing of the piece