Trophy hunting of large carnivores in southern Africa is a hotly debated topic. This was evident after Cecil the lion was shot and killed in Zimbabwe in 2015.

One argument in support of trophy hunting is that, if done sustainably, it can benefit conservation by providing much needed funding.

But how do we know which populations of animals can sustain trophy hunting? In South Africa there has been a temporary moratorium on trophy hunting of leopards since 2016.

This is because there is “uncertainty about the numbers”, according to John Donaldson, director of research at the South African National Biodiversity Institute.

There is every reason to argue that leopards should be managed very carefully. They are of increasing conservation concern, and have recently been uplisted to vulnerable on both the global and South African national Red List assessments.

Working in South Africa’s Soutpansberg Mountains, we set out to fill in some of the gaps in our understanding of this vulnerable species.

In 2008 the mountains had one of the highest recorded population densities (the number of animals per 100 km²) of leopards in Africa outside of protected areas. But our new study shows that since then leopard density has declined by two thirds. Unless things change they will disappear from the area by 2020. The biggest threat to these animals appears to be illegal human activity such as shooting without permits, snaring and poisoning.

Based on our findings we believe that trophy hunting isn’t responsible for the precipitous decline in numbers. Nevertheless, it’s important that the moratorium is extended while researchers such as our collaborators at Panthera assess whether these results are representative on a broader scale. We also propose stepping up efforts to mitigate the impacts of illegal human activities to protect the remaining leopards. 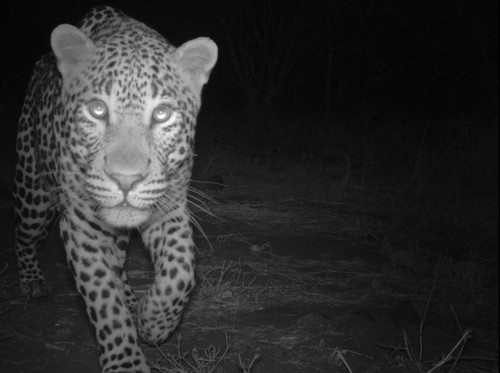 How did we gain these new insights? Leopards are incredibly elusive animals, making them extremely difficult to study. We took advantage of the fact that each leopard has different coat markings and that allows them to be individually identified, like a fingerprint. We used images taken by camera traps to determine which leopards were seen at which locations and on what date, allowing us to model changes in their density over time.

By running a network of camera traps continuously from 2012 to 2016, we were able to estimate the leopard population density in 24 sequential study periods. This helped us build the most detailed picture yet of whether leopard numbers were growing or declining.

The camera traps were telling us that leopards were disappearing fast, but what they didn’t tell us was why this was happening. To find out we fitted GPS collars to eight leopards. This allowed us to track them for 15 months, until the batteries ran out and the collar detached. Only two collared leopards survived, although one of these animals would have been poisoned if we hadn’t intervened.

The remaining six leopards were killed by snares, were shot without permits for perceived cattle predation, or went missing, almost certainly dead. Many farmers indicated that they killed leopards in retaliation for the perceived risks to livestock but our dietary analysis has revealed no evidence of this. 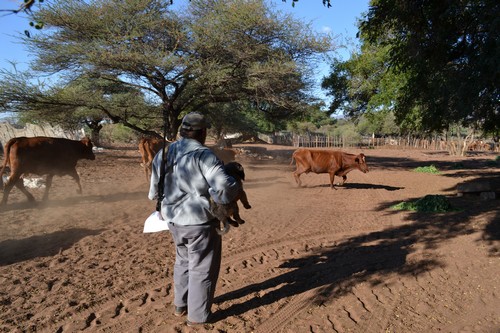 Our findings demonstrate that although trophy hunting isn’t the cause of the leopard’s problems, it’s a luxury in this area that it cannot afford. We recommend that if the moratorium on leopard hunting in South Africa is lifted, hunting should not be permitted in zones where leopards are in rapid decline, as this would not be sustainable.

Sound management of trophy hunting is incredibly important, but our study shows that conservationists also need to increase their efforts to reduce the effects of illegal human activities on wildlife. This could have a bigger impact on enhancing the conservation status of large carnivores. We recommend helping to educate and engage with communities to reduce levels of human-wildlife conflict.

There are an array of non-lethal techniques available to manage predation, such as using livestock-guarding dogs, building robust enclosures, and herding livestock, that can be more effective at reducing predation than killing predators.

We hope that more countries follow South Africa’s lead in basing wildlife management policies on the best available scientific evidence. And if government authorities and non-profit organisations can provide greater support to communities to enable them to adopt predator-friendly practices this could be just what the leopard needs to bounce back.