A prominent former activist has accused Greenpeace of betraying its original ideas for supporting trophy hunting of polar bears. Paul Watson, now founder and director of the Sea Shepherd Conservation Society, made the claims in a lengthy Facebook post which has been shared 60,000 times.

Yet Watson misrepresents Greenpeace, Inuit hunting practices and polar bear trade data. He also demonstrates an adherence to an outmoded environmentalism in conflict with the human inhabitants of environments at risk.

Watson’s post came days after the US announced it will no longer pursue an international ban on commercial trade in polar bear hides, a move welcomed by Inuit organisations, some polar bear specialists and environmental groups who had argued for years that climate change poses the greatest threat to polar bear populations. An ongoing campaign against trophy hunting affects Inuit livelihoods and diverts attention away from the bears’ real enemy: climate change. 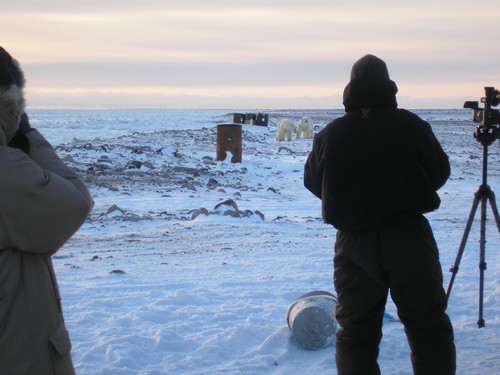 Most of the world’s 25,000 or so polar bears are found in northern Canada. Under the 1973 multilateral Agreement on the Conservation of Polar Bears, the country has a legal and scientifically managed polar bear hunt. Only Inuit and trophy hunters guided by Inuit can hunt polar bears. On average, the quota allows for the killing of around 600 bears each year, and the number permitted is continually refined based on up-to-date scientific evidence.

The largest part of the quota is used directly by Inuit. Polar bear meat is eaten by humans and dogs, and pelts are transformed into clothing and bedding, or sold at auction in southern Canada, where they enter international markets. A large bear pelt in good condition can fetch CN$6,000 or more (about US$4,700).

In some communities Inuit choose to divert part of the quota to trophy hunters. In 2006, 153 bears were taken by trophy hunters. However, in 2008 the US Endangered Species Act listed polar bears as “threatened” and commercial importation of bear parts into the US was outlawed. As US citizens formed the largest trophy hunt market, by 2010-11 just 26 bears were killed for trophies.

Contemporary Inuit live in a mixed subsistence economy. The prohibitive cost of snow mobiles, boats, fuel, firearms and ammunition prevents many from participating in traditional hunting and fishing activities. Those who earn money through wage labour often lack the time to hunt, and those with time often lack the money. 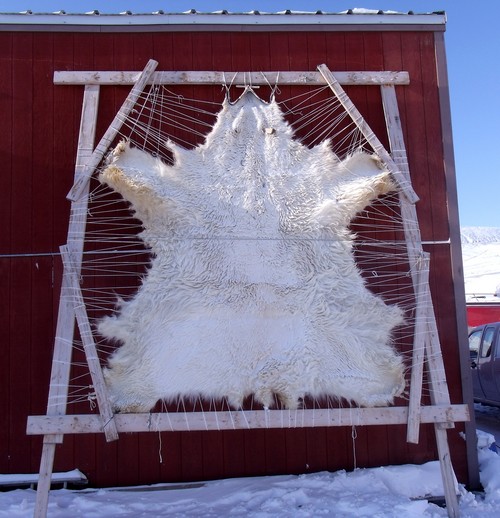 Diverting a small portion of the polar bear quota to the trophy hunt allows Inuit hunters, in culturally appropriate ways, to earn money that is then reinvested in their traditional hunting practices. Rather than the greed-driven Inuit portrayed by Watson, the CN$3,000-7,500 earned by one hunter once a year guiding a ten-day trophy hunt supports large extended families and helps indigenous people protect their culture.

And while Watson claims there is nothing “traditional” about guiding trophy hunters, such work provides Inuit with opportunities to use their land skills and environmental knowledge in ways they cannot when employed at gold or diamond mines or in construction work.

Since the US trophy hunt market closed in 2008, more Inuit have opted to sell their bear skins at auction, in order to mitigate the loss of trophy hunt income. The claim made by Watson that 300 bears will be killed by trophy hunters this year is a misrepresentation of trade data. According to the Canadian government, parts from around 300 bears do enter international markets from the country each year. Yet only a small proportion of these have been killed by trophy hunters. The remainder, including pelts from bears killed up to 30 years ago, come from the Inuit hunt and generate much needed revenue for financially insecure families.

Whatever one’s feelings about the polar bear trophy hunt, neither an international ban on the commercial trade in polar bear parts nor an endorsement by environmental organisations will have any impact on the legal and well-managed polar bear hunt that exists in Canada. A ban on trade would only be to the economic and cultural detriment of Inuit.

Greenpeace has never endorsed polar bear trophy hunting. It has, however, started to work more closely with indigenous peoples in Canada. It recognises, as does the WWF, IUCN and others, that small scale and culturally appropriate hunting by indigenous people does not threaten biodiversity. Indeed, it has developed a more nuanced understanding that biodiversity and cultural diversity go hand-in-hand.

Unlike more single-issue environmental groups, Greenpeace now recognises the need to collaborate with Inuit in the fight against climate change – a common foe that threatens both polar bears and humans.