Appearance: Rock Bass have dark, mottled bodies that serve to camouflage them against a rocky backdrop, and rather large eyes adapted for hunting in low light conditions.

Scientific Name: Ambloplites rupestris, rupestris meaning “living among rocks.” – like the largemouth bass, it is actually a member of the sunfish family.

Distribution: Native to the eastern U.S. and Canada, rock bass have been introduced across the continent, from Manitoba to Mississippi, and are particularly abundant in the Great Lakes, Mississippi River, and Gulf of Mexico.

Spawning: Rock bass males build nests in shallow water when temperatures enter the 60º to 70ºF range. A female will deposit a few eggs into the nest for the male to fertilize, after which the male will guard the eggs during the 3 to 4 days until hatching. After a few days of living off their yolk sacs under the watch of the adult male, the fry will move into the vegetation and start living off progressively larger prey as they grow.

Angling: Hard-fighting little fish with a great taste (just be sure to cook thoroughly, as rock bass are prone to parasites), rock bass make a great introductory fish for young anglers. Rock bass are most commonly found in cool, clear, vegetated lakes and streams with a medium current. True to their name, rock bass will stay close to submerged structure such as rocks, gravel bars, and light vegetation. Rock bass are most active early and late in the day, feeding on crustaceans, insects, and smaller fish, while being hunted by bass, pike, and muskies.

Though they are partial to live baits such as worms, nightcrawlers, and minnows, rock bass will also strike small artificial baits and flies. They are aggressive and not the least bit picky, meaning it’s possible to catch rock bass on just about anything. Obviously, ultra-light tackle is the way to go, often using a bobber.

Though they will put up an intense struggle (given their size) when hooked, it is usually a short one as rock bass tire quickly. However, it’s usually easy to cast again in the same spot and get quick results, given rock bass’ tendency to school. 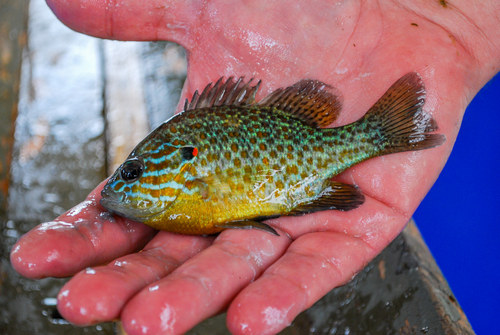 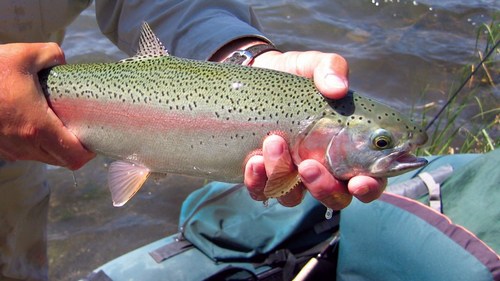